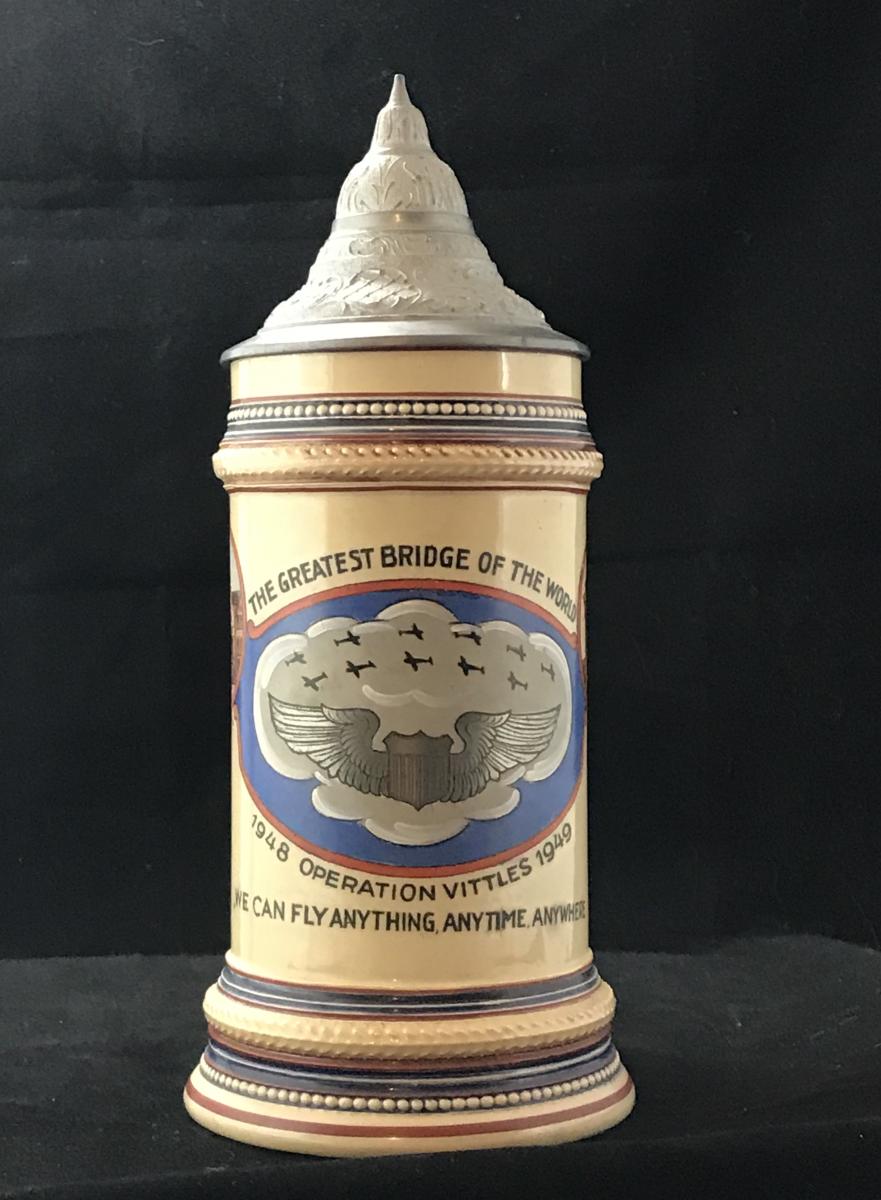 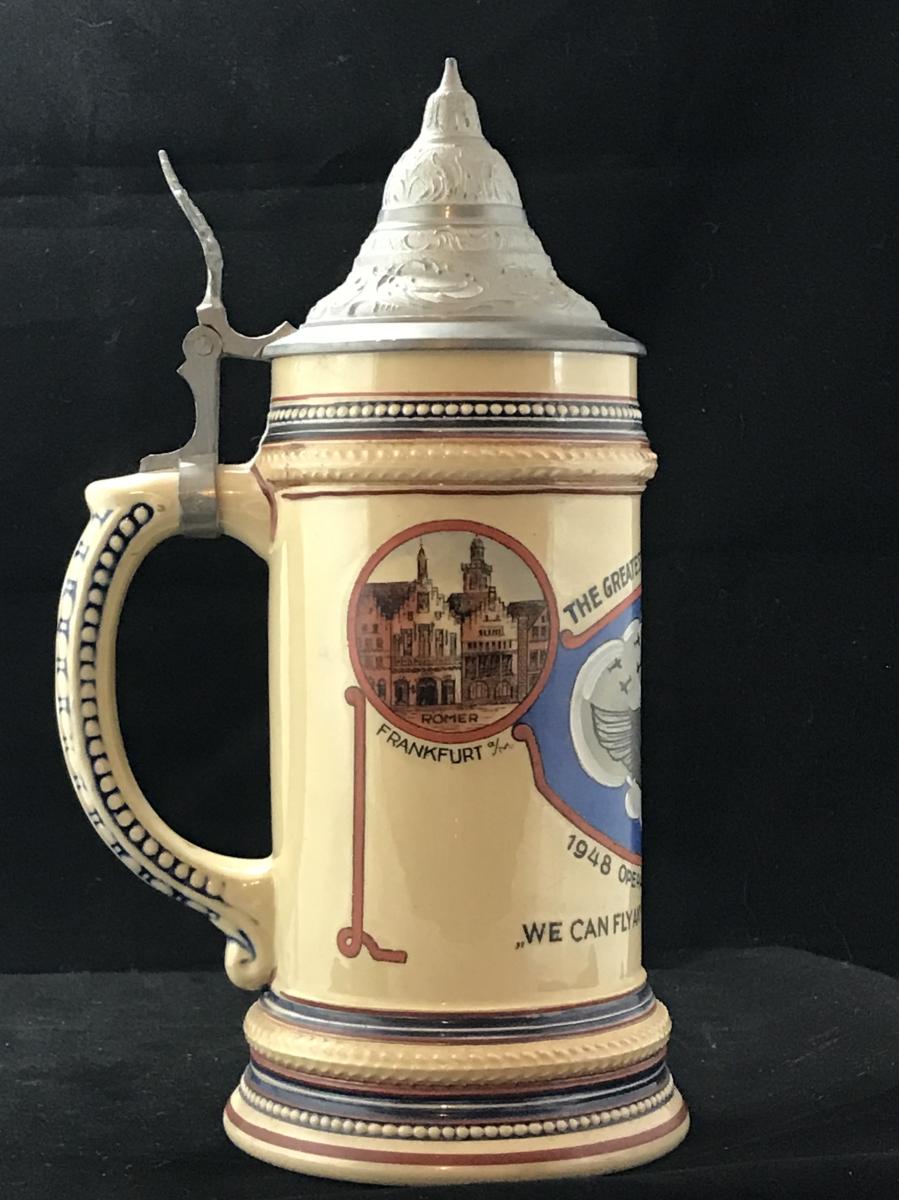 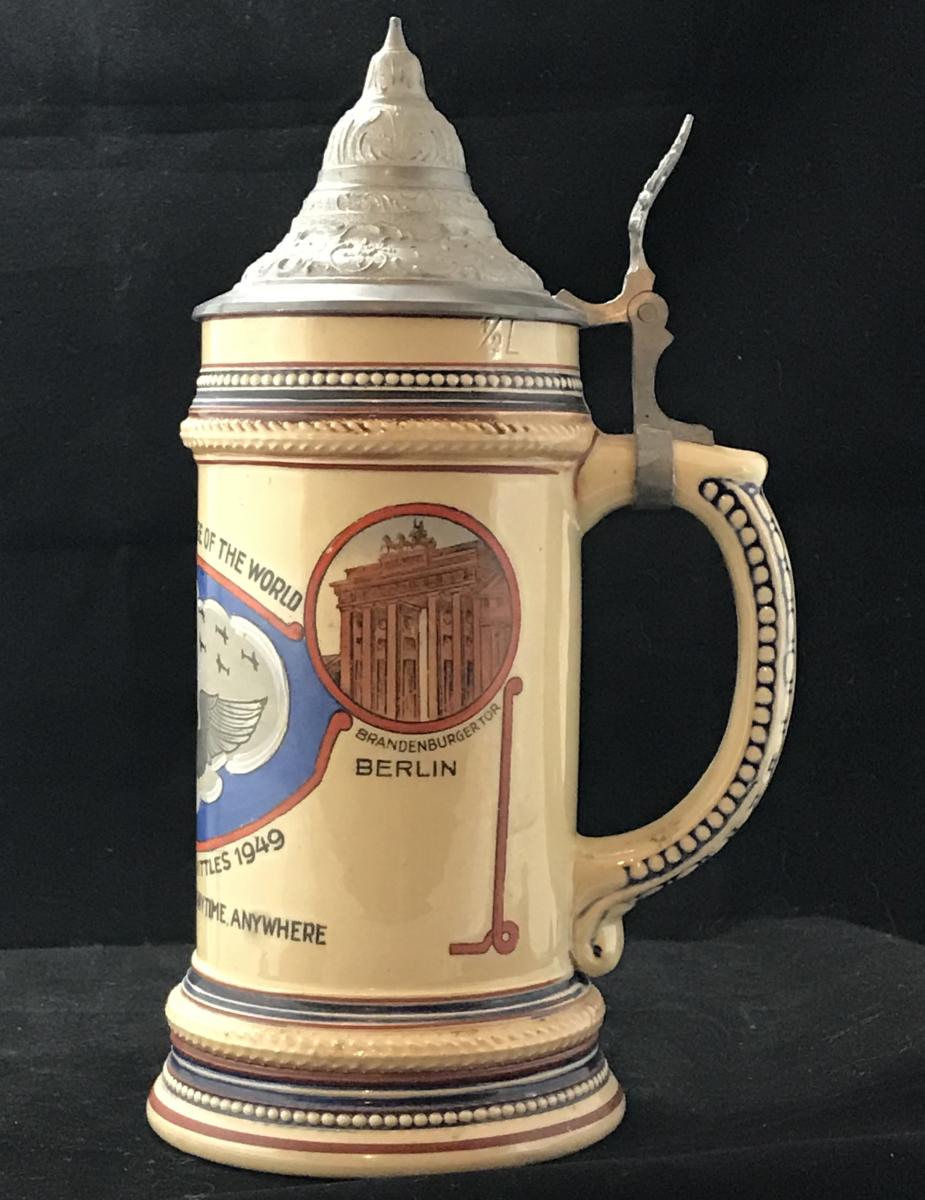 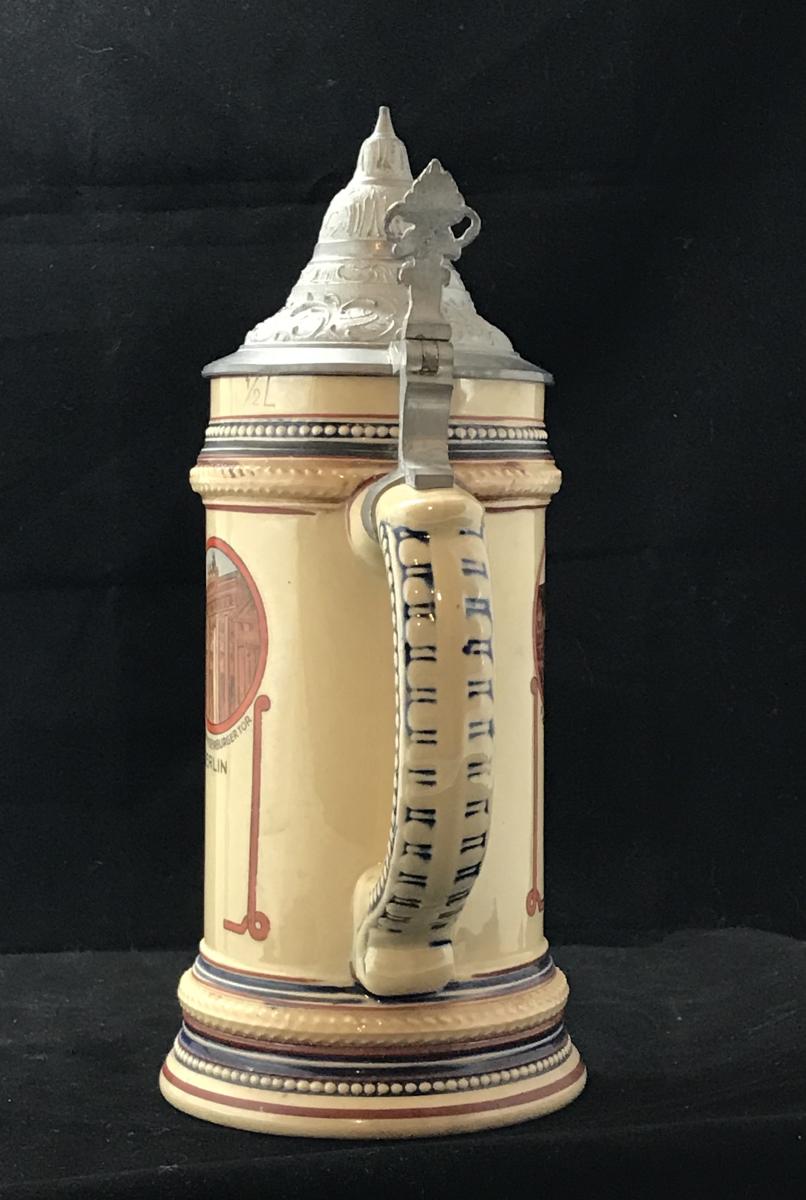 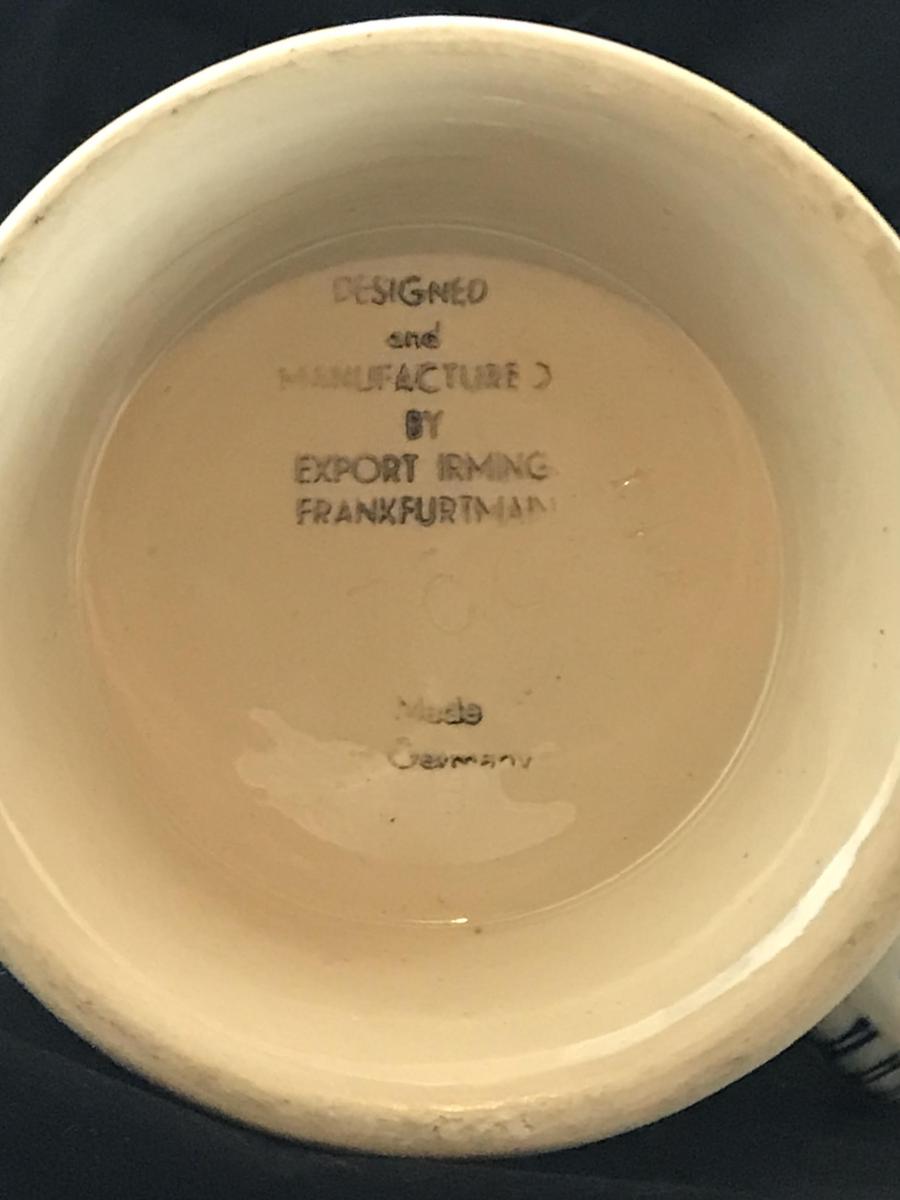 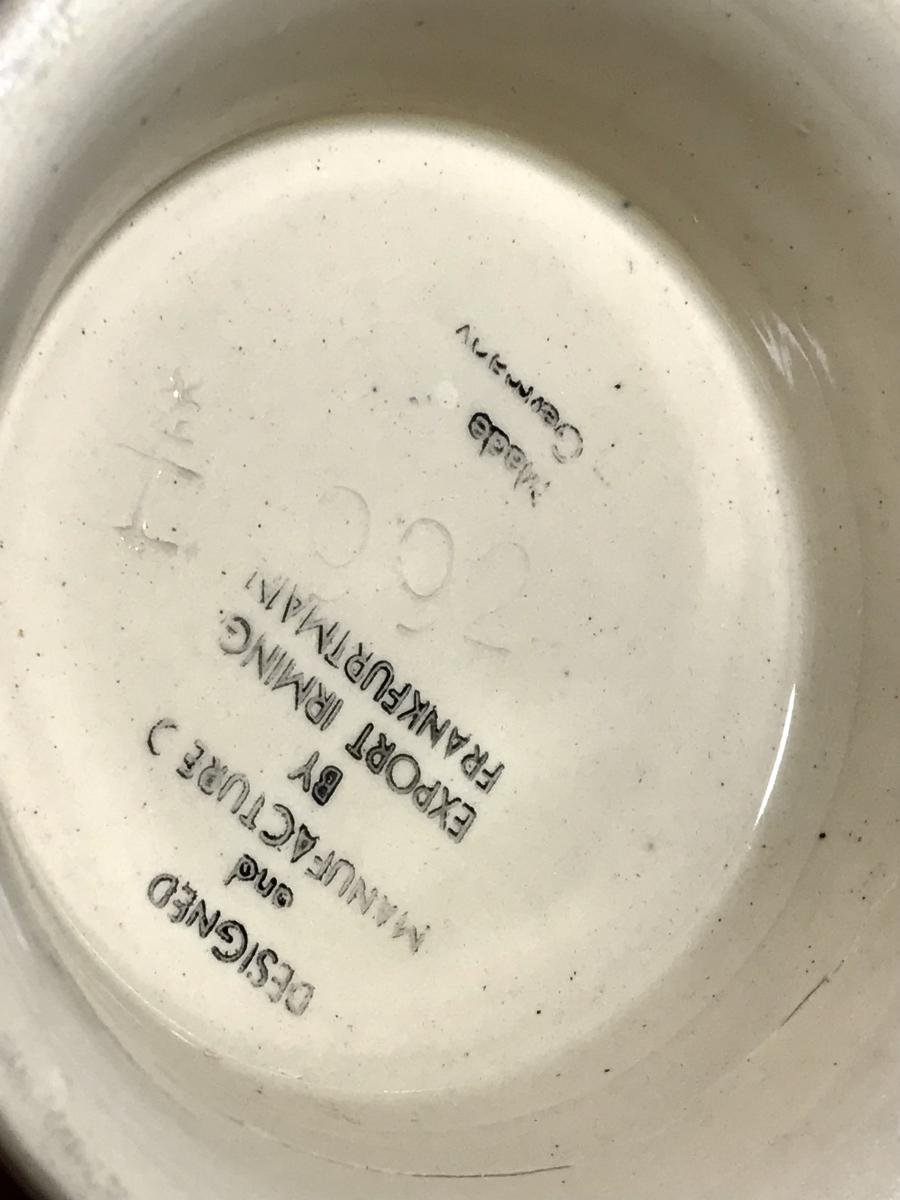 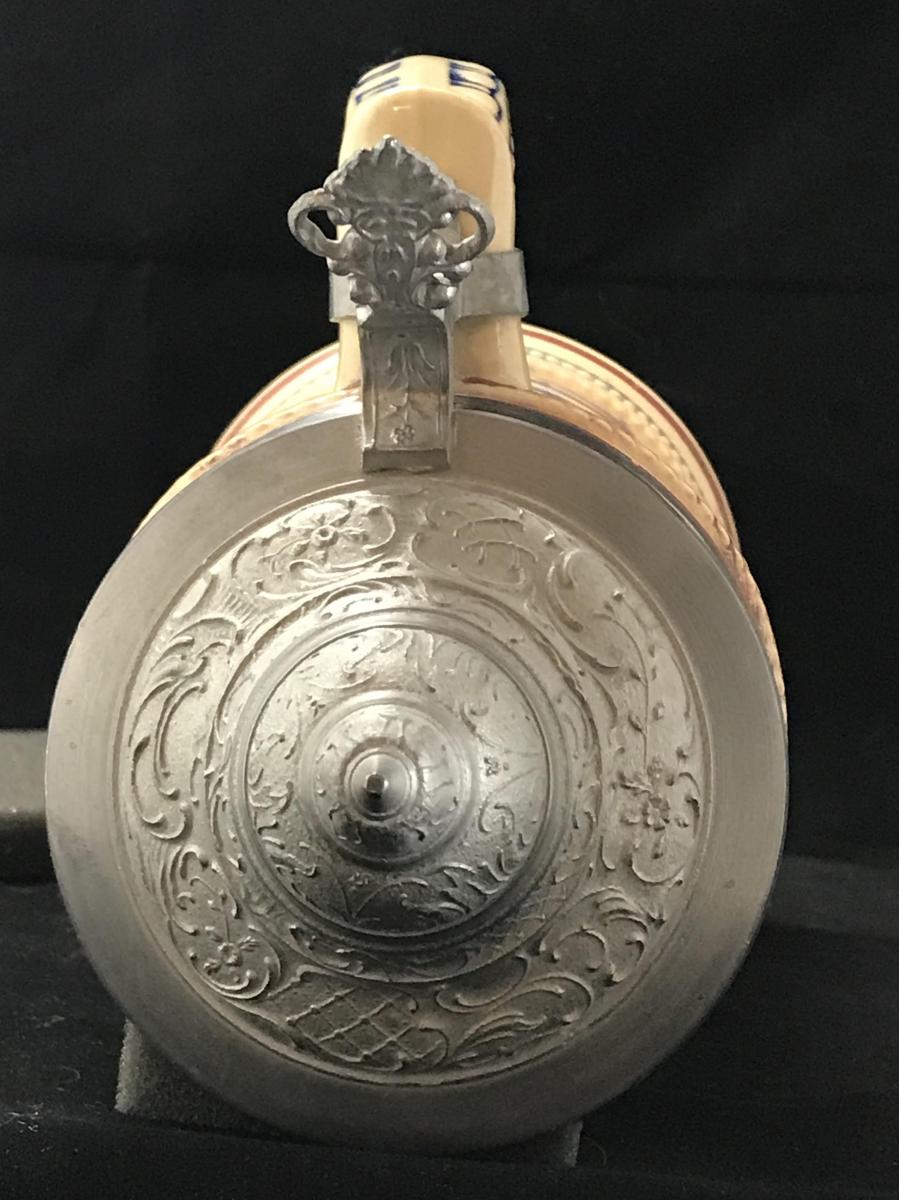 I recently added this “Operation Vittles” stein to my Cold War Stein collection. In my opinion, it is the epitome of a stein representing this era, commemorating the Berlin Airlift between 1948 and 1949.

The stein is a ½ liter, mold 992, manufactured by Marzi and Remy and decorated by Export Irming, Frankfurt/Main. Mold 992 was a body used for a variety of decorations. The central scene is of a set of US Air Force aviation wings on a cloud with silhouettes of two rows of airplanes: the top row pointing one direction, the bottom row in the other, representing the air traffic to Berlin and back to Frankfurt. The cloud is on a blue background outlined in red. The phrase “The Greatest Bridge of the World” is above the scene and below is “1948 Operation Vittles 1949” and beneath that is “We Can Fly Anything, Anytime, Anywhere” The right side scene shows a picture of Roemer Square, Frankfurt and the left side scene is of the Brandenburg Gate, Berlin.

Following Germany’s surrender in May 1945, the allies split Germany into zones of occupation. Eastern German and East Berlin were in the Russian Zone, and West Berlin and West Germany were divided between Great Britain, France, and the United States.

Although no specific date can be cited for the start of the Cold War, most recognize it began as World War II ended and the relationships between the former WWII allies Russia, Great Britain, and the United States rapidly deteriorated. In March 1946, Winston Churchill made his famous speech declaring an “iron curtain” had descended across Europe. A year later The Truman Doctrine was adopted “to support free peoples who are resisting attempted subjugation by armed minorities or by outside pressures.” In June 1948, following the announcement by the Western Allies of the plan to create a new unified West German currency, The Cold War nearly exploded into a shooting war when the Soviets blockaded Berlin. The blockade cut off all land routes into Berlin, which was 110 miles inside the Soviet Zone, leaving its approximately 2 million occupants of the Western Zone surrounded by the Soviets and cut off from their benefactors. The Western Allies had four choices: abandon Berlin, cancel the currency reform, send armed forces to break the blockade and risk a new World War, or supply West Berlin through an airlift. The US and Great Britain chose the airlift. The British Operation was named “Plain Fare” and the US Air Force’s was named “Operation Vittles”. The allies calculated the trapped citizens would require a minimum of 4,500 tons of coal and food each day to survive. Major General William Turner of the Military Air Transport Service took over command of “Operation Vittles” in late July and maximized use of the three air corridors available to the airlift. The northern and southern routes were used to enter Berlin, and the middle corridor was used as the return track to Frankfurt. The operation faced many obstacles to include weather and harassment by Soviet fighter planes. Despite these challenges, the choreographed movement of planes, which included strict departure, arrival, and unload times, proved so efficient, they were soon delivering more than the minimum required amounts of supplies. The airlift became so effective, that on April 16, 1949, the combined US and British efforts delivered 12,491 tons of supplies to Berlin. The Soviets realized their efforts to blockade Berlin had failed, and on May 12, 1949, they reopened the land routes into Berlin. The allied airlift efforts continued for four additional months to ensure a stockpile of supplies were available in the event the Soviets reinstated the blockade. Between June 26, 1948, and September 1949, “Operation Vittles” transported over 2.3 million tons of supplies and 227,655 passengers in 189,963 flights. Tragically, there were 70 major accidents that resulted in the deaths of 28 US Air Force airmen.

38 possibly similar items in our database

We see 38 more items in our database with the same mold number and the same producer (9 items are shown) : 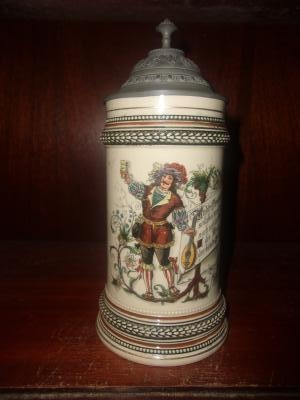 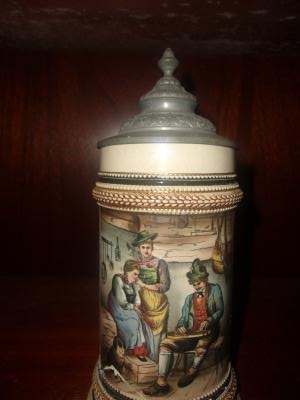 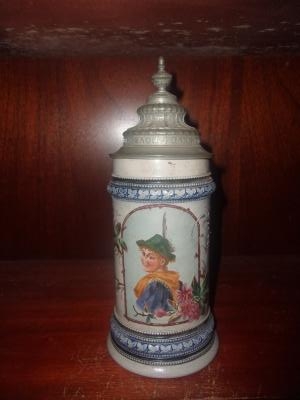 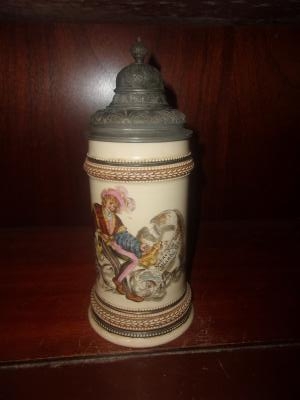 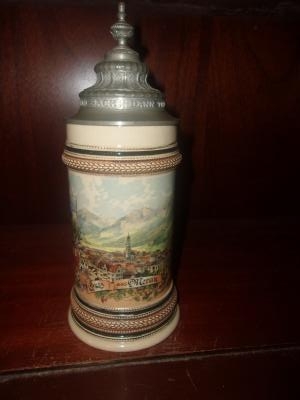 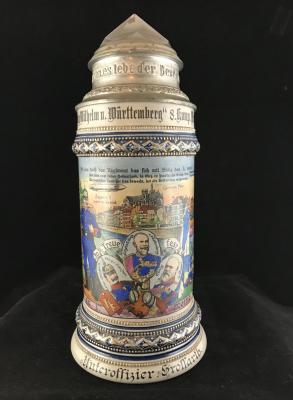 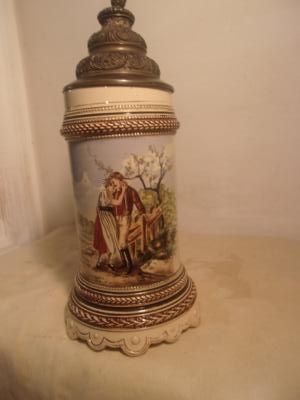 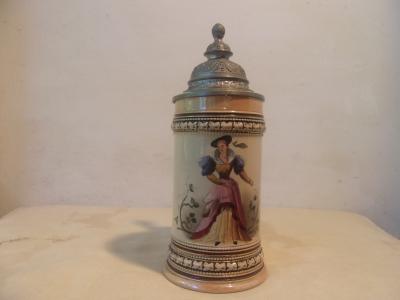 Marzi and Remy 992
From the collection Randy Satterfield 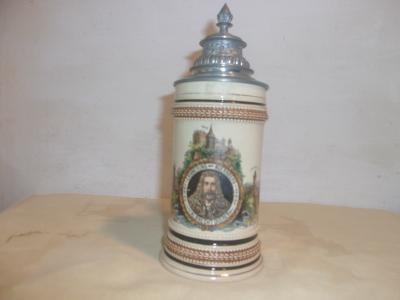 Marzi and Remy 992
From the collection Randy Satterfield

Item has been viewed 95 times