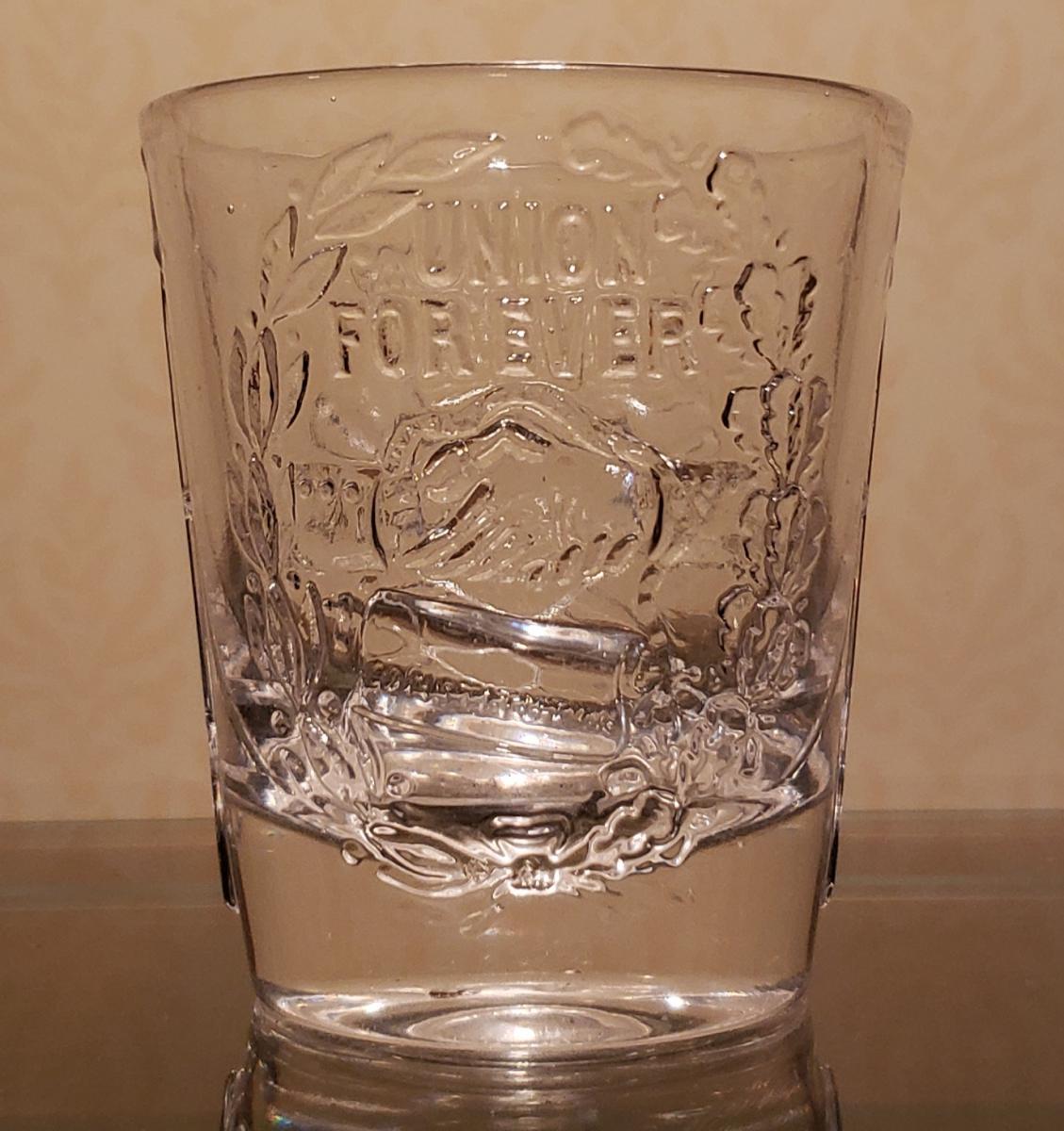 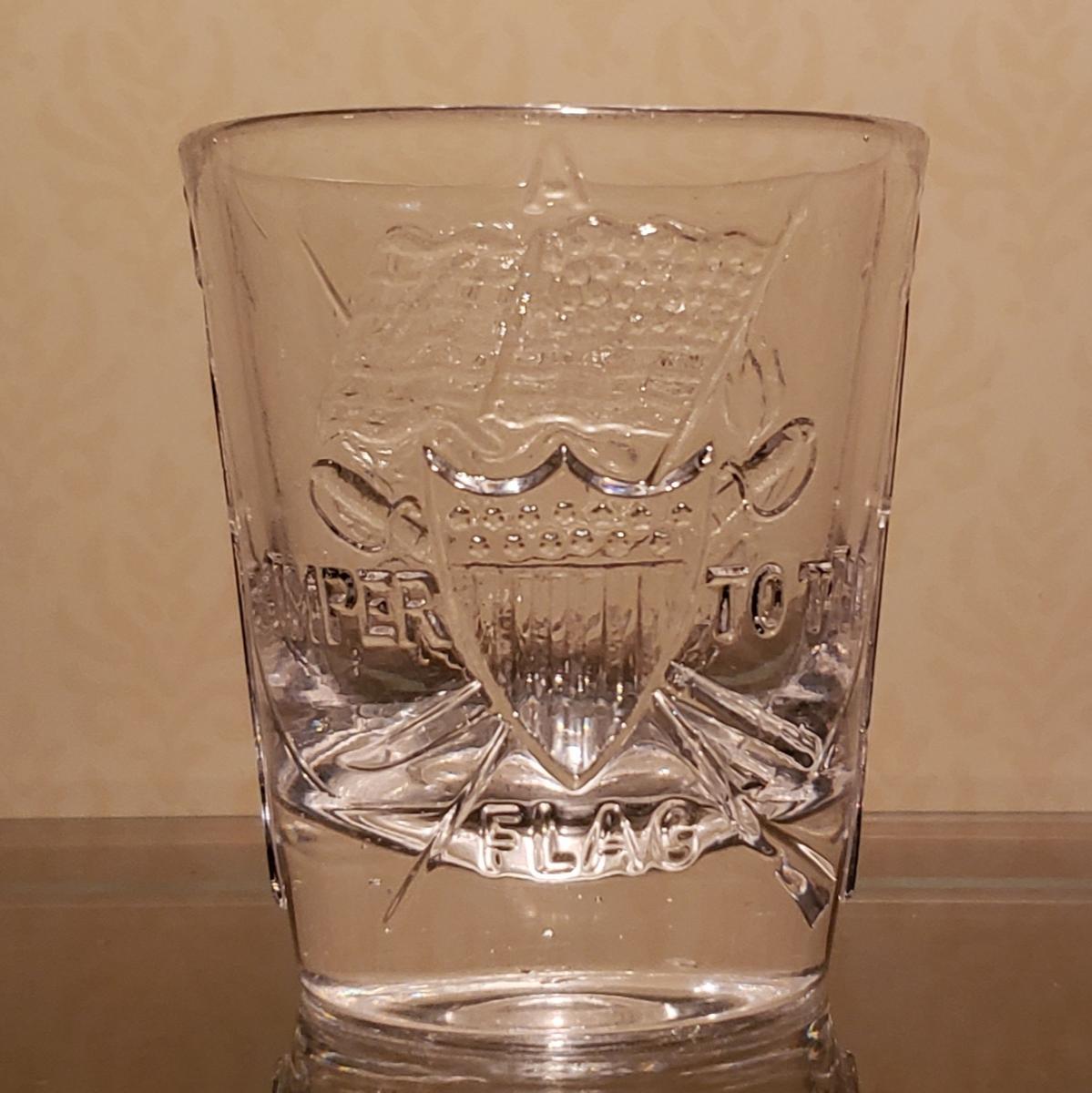 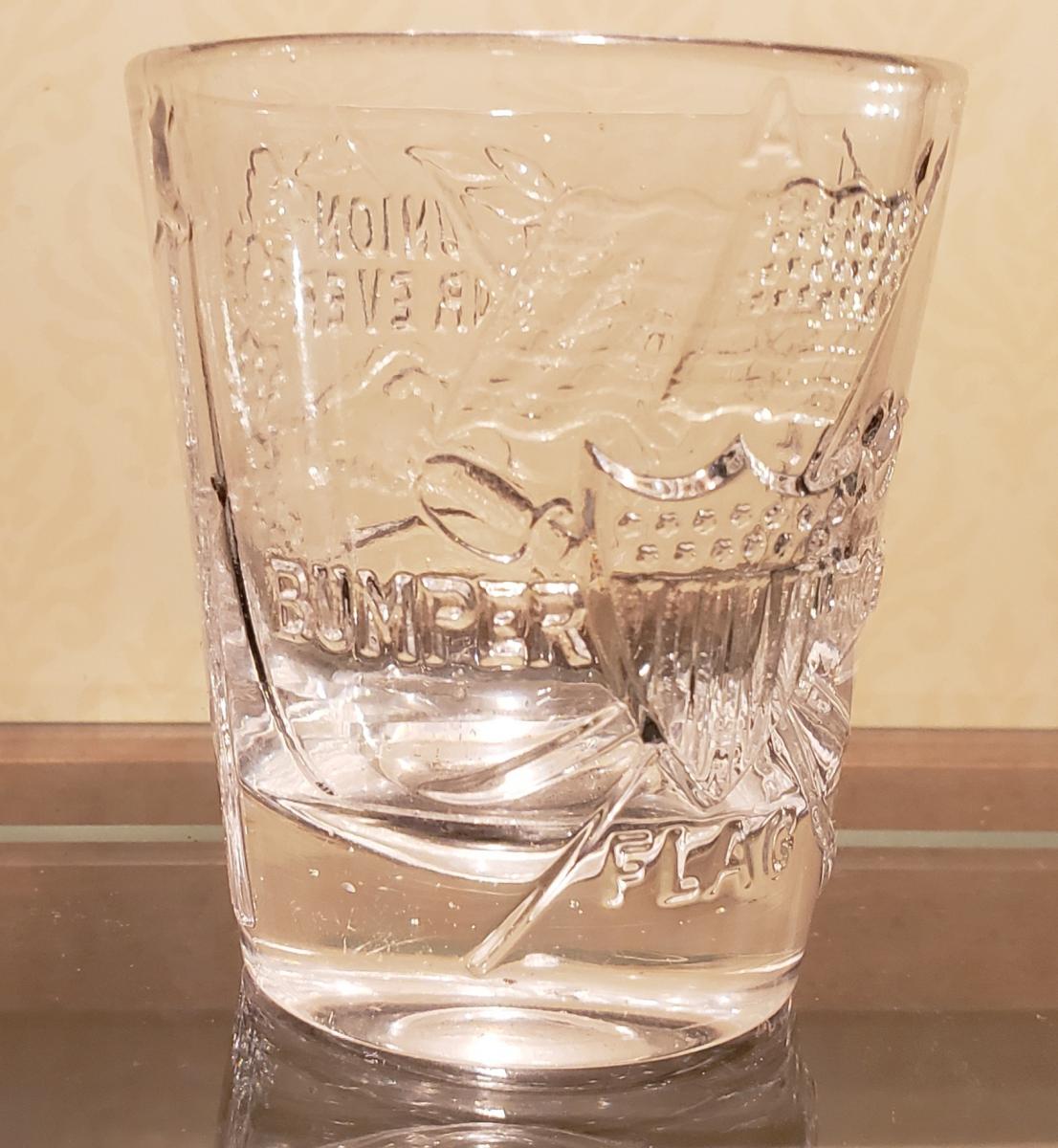 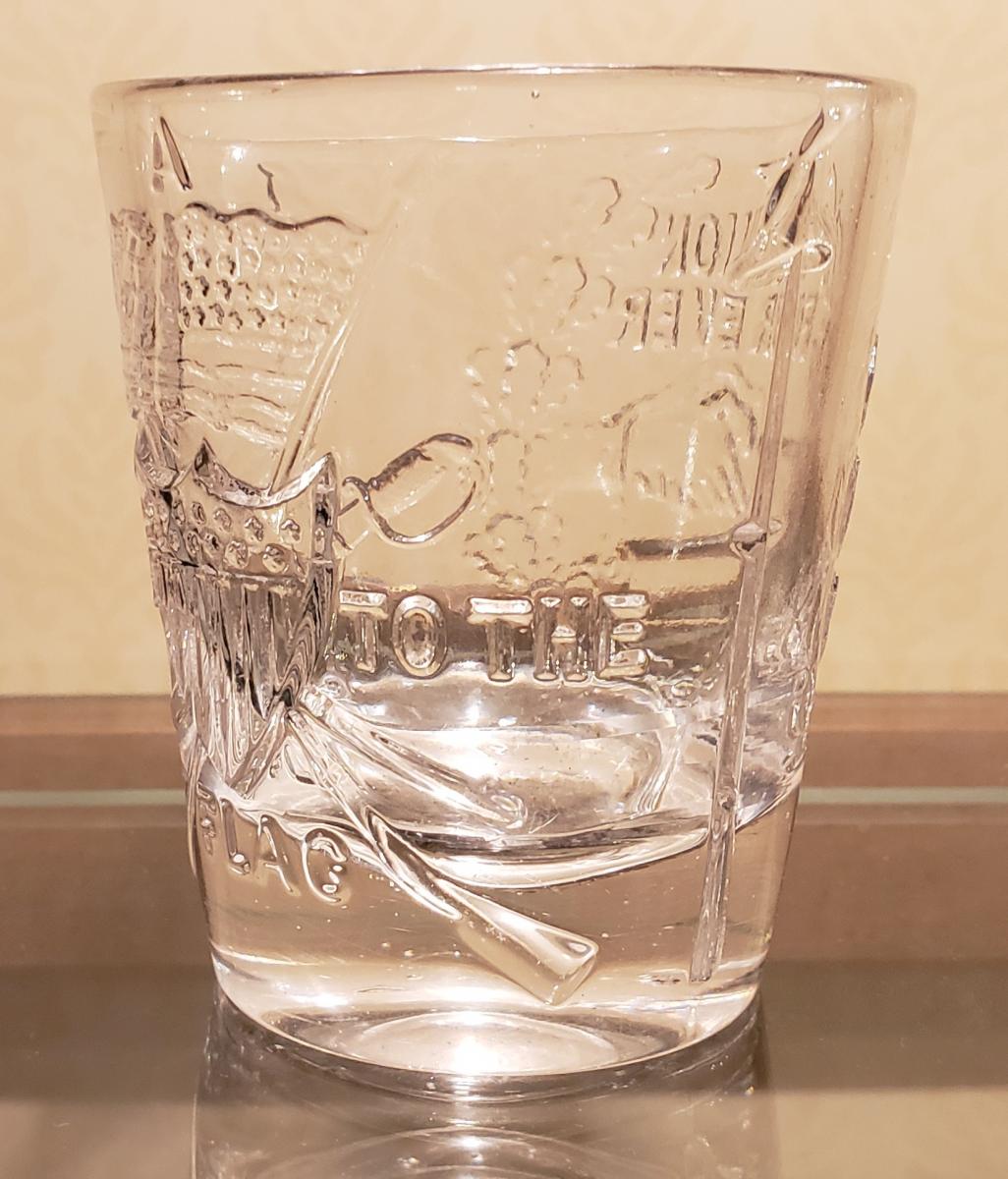 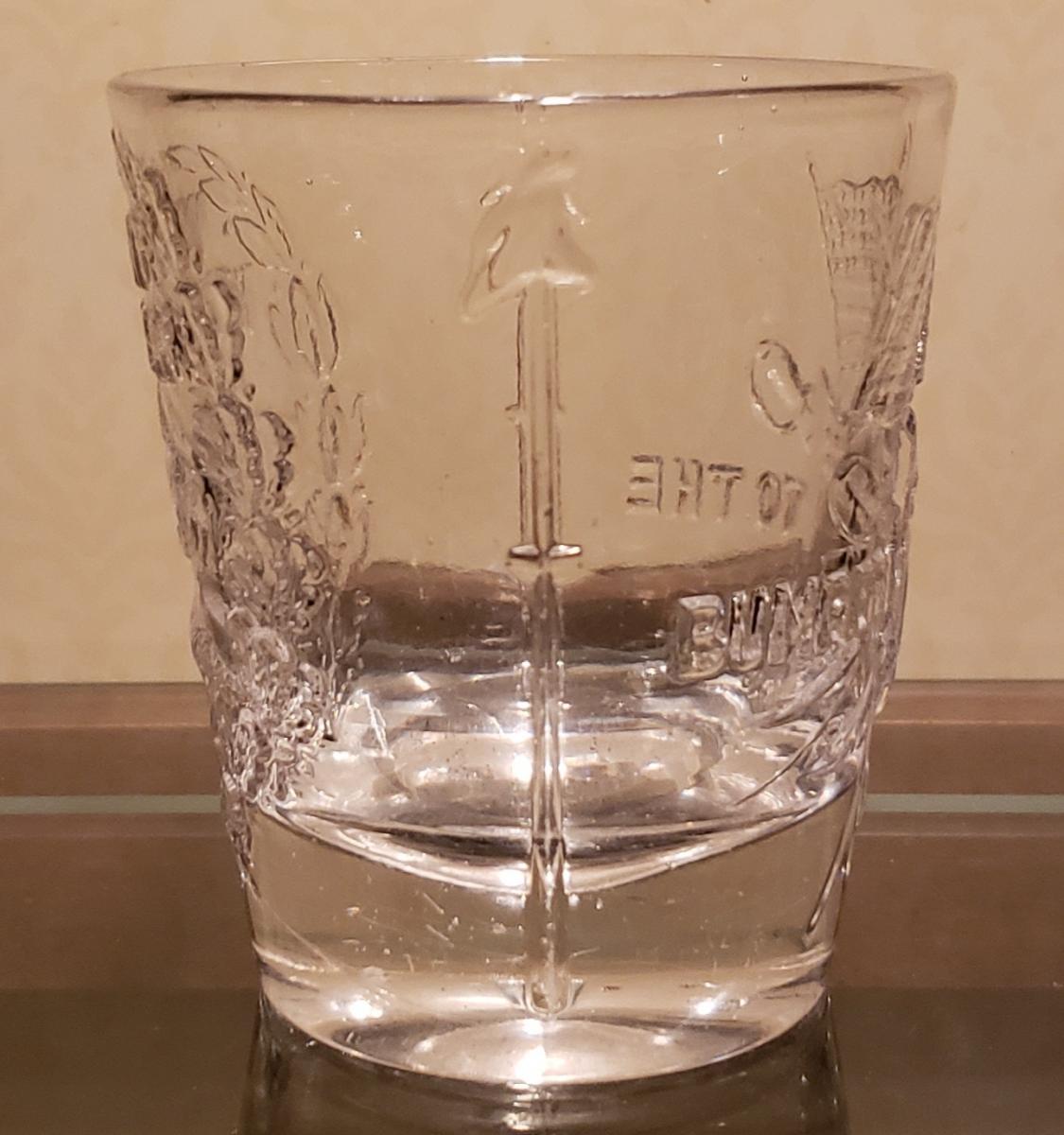 The message on the front of this pro-Union tumbler reads as follows:

"A Bumper to the Flag"

This rare Civil War-era tumbler is made of flint glass and was probably manufactured by Hobbs, Brockunier & Co. of Wheeling, Virginia (before West Virginia became a state) some time between 1860 - 1865.

Item has been viewed 72 times