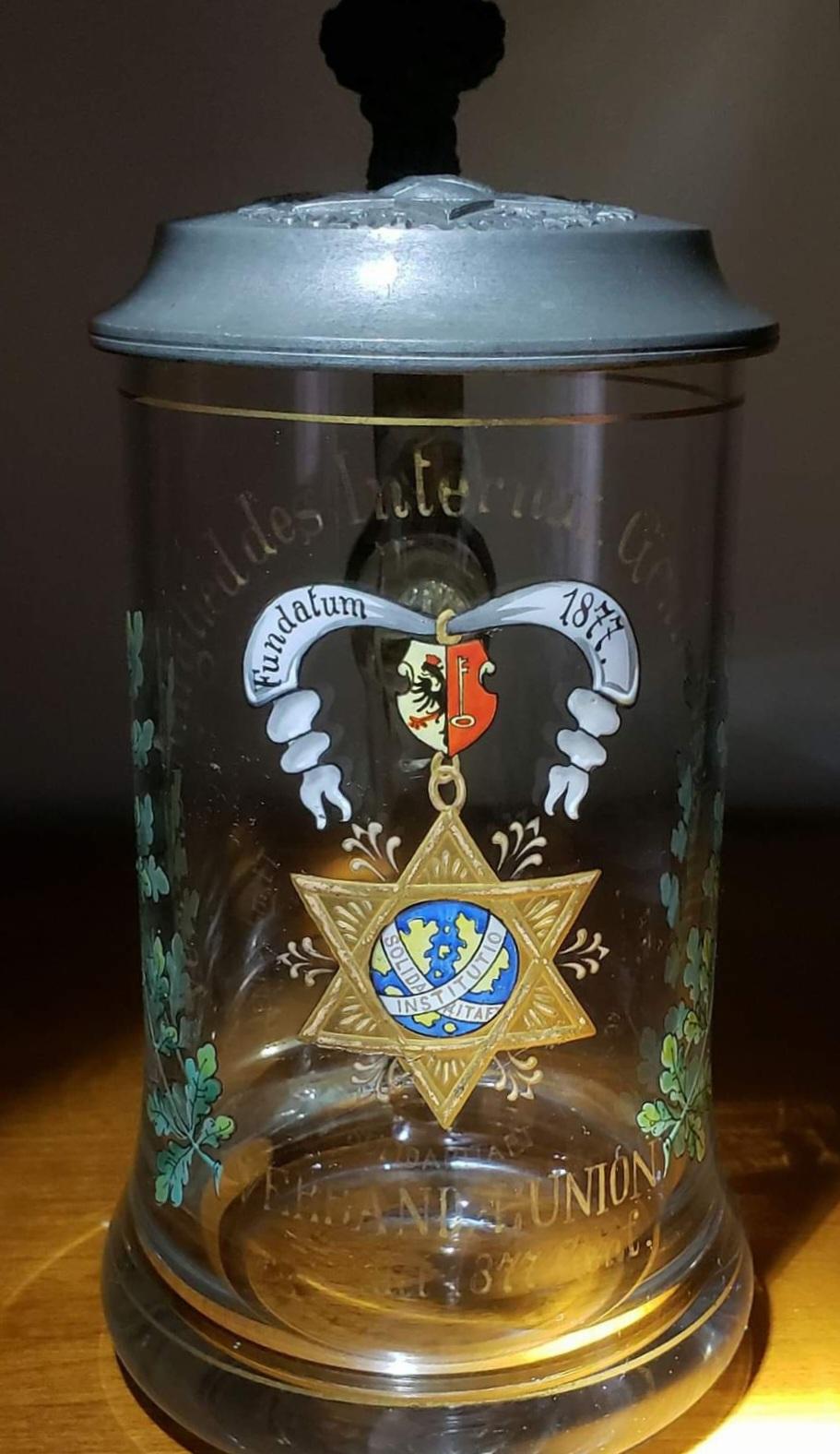 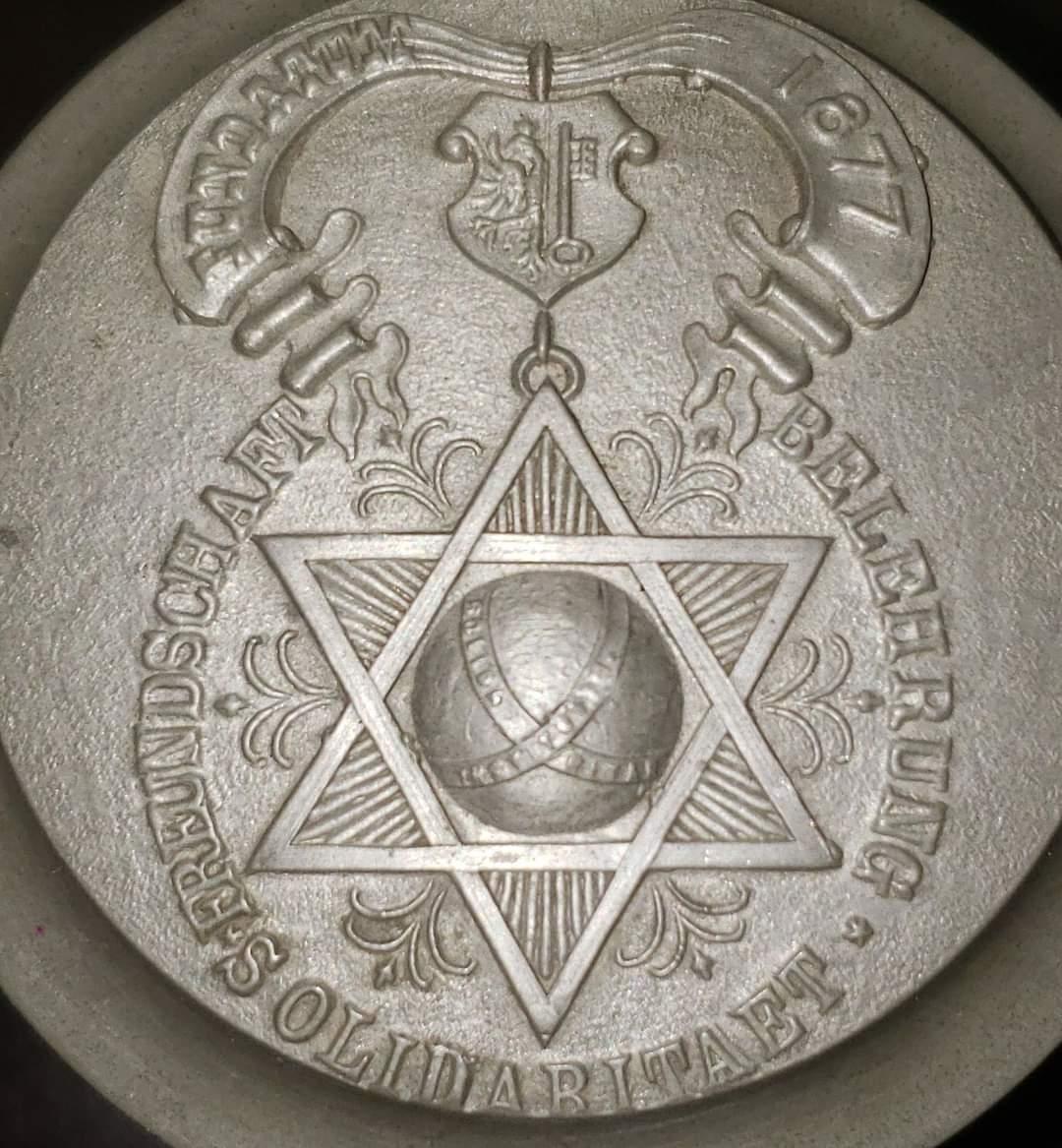 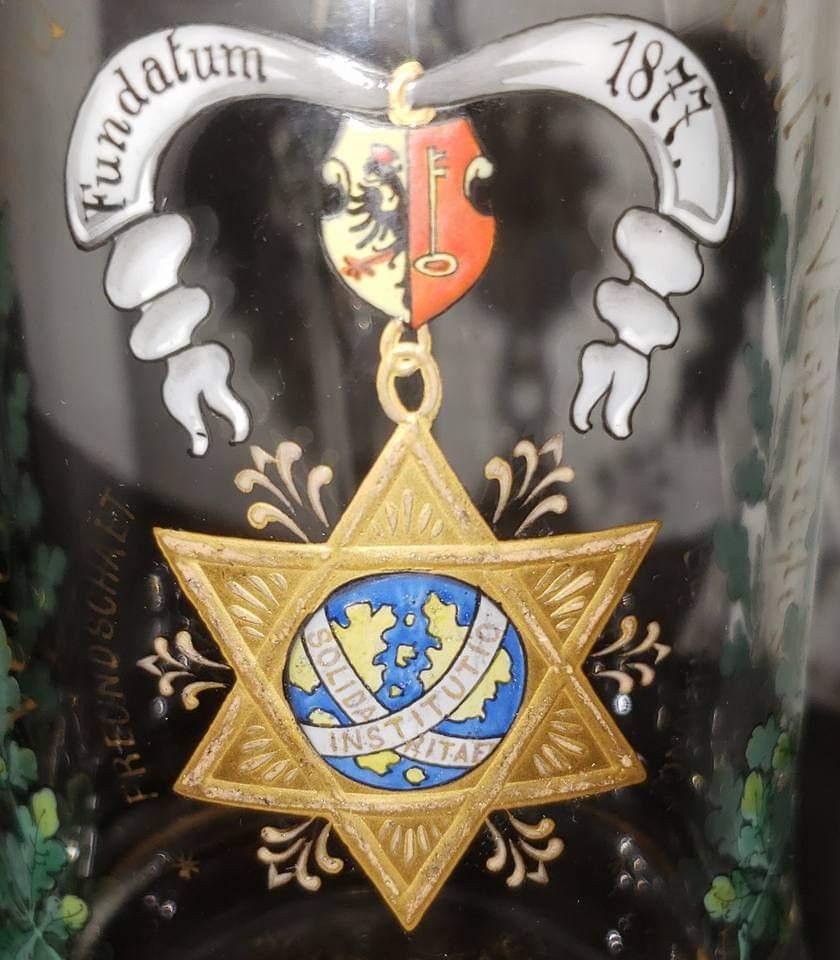 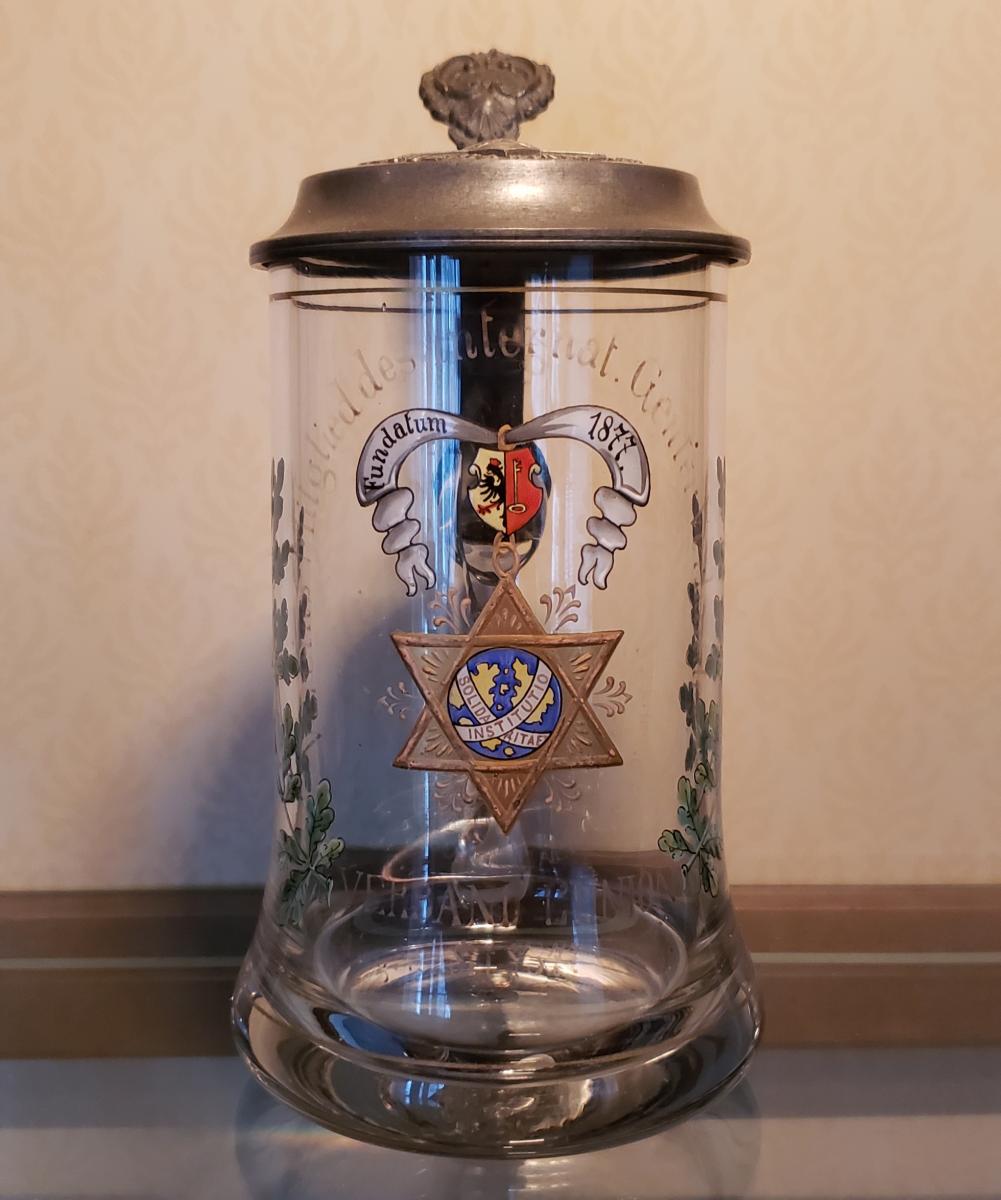 The artistic enamel-painted design and detail on this stein is quite exquisite. It was definitely hand-painted by a talented artist. Even the penmanship is rather impressive. And although most of the words are faded from age, you would still be able to make them out with the help of a flashlight.

Up top above the banner, it reads:

The crest represents the city of Geneva.

Around the 6-pointed star are 3 words:

These words, along with the 6-pointed star and Genevan crest, are also displayed on the pewter lid.

What makes this beer stein even more interesting, however, is the controversy that it represents.

The International Geneva Association (IGA) was a labor-union for hotel and restaurant workers in the latter part of the 19th-century all the way up until about 1970 when the union was dissolved.

Throughout Europe during the 1870's, hotel owners were facing growing unionism among their employees in response to low wages, excessive hours and hazardous working conditions.

In order to quell these uprisings, several hotel owners banded together to form an additional separate "union" for their employees, a controversial practice known as "dual unionism" in which a labor union claims control over workers organized by another labor union. The owners' intent of "dual unionism" is to divide the employees and have them fight amongst themselves in trying to achieve common working interests and demands, all the while still attempting to use the separate union as a means to eventually take over the original union for full union control in the industry. This is seen as merely a political ruse which the owners benefit from to protect their own financial and political interests while still maintaining control of their employees.

After the formation of the IGA in Geneva in 1877, the hotel owners saw immediate success, especially in Germany, where the union's headquarters were soon moved to Dresden.

The IGA would eventually make its way across the Atlantic, where, in 1904, the first American branch of the IGA was established in New York City by owners from the American Hotel Keepers Association. 29 other branches would later be established in major American cities over the next several months. Membership in the U.S. alone peaked to about 3,000. Worldwide membership was around 22,000.

However, UNLIKE in Europe, the IGA in the U.S. was an utter failure during its first 10-15 years, as it struggled in trying to gain full union control in the hospitality, restaurant and catering industries, thanks to more aware and resilient American union members.

Unfortunately, I wasn't able to find much more information on the IGA, but from what I've seen in my research, I believe the union dissolved some time around 1970.

With the enamel-painted detail and relief design on the lid, I believe this stein was manufactured some time prior to 1904 when the IGA came to the United States.

Also, the inscription on the front indicates that it MIGHT have been an original member's stein from 1877 in Geneva!....But I'm still not 100% sure on that.

Item has been viewed 249 times