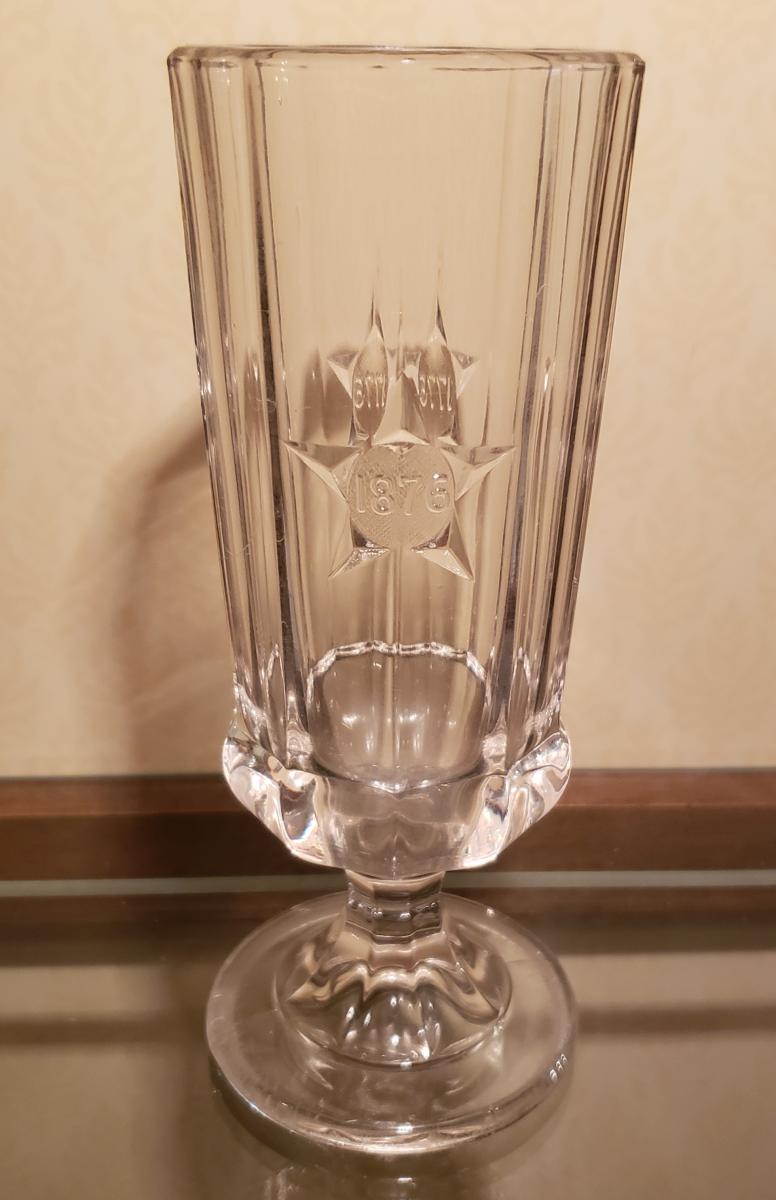 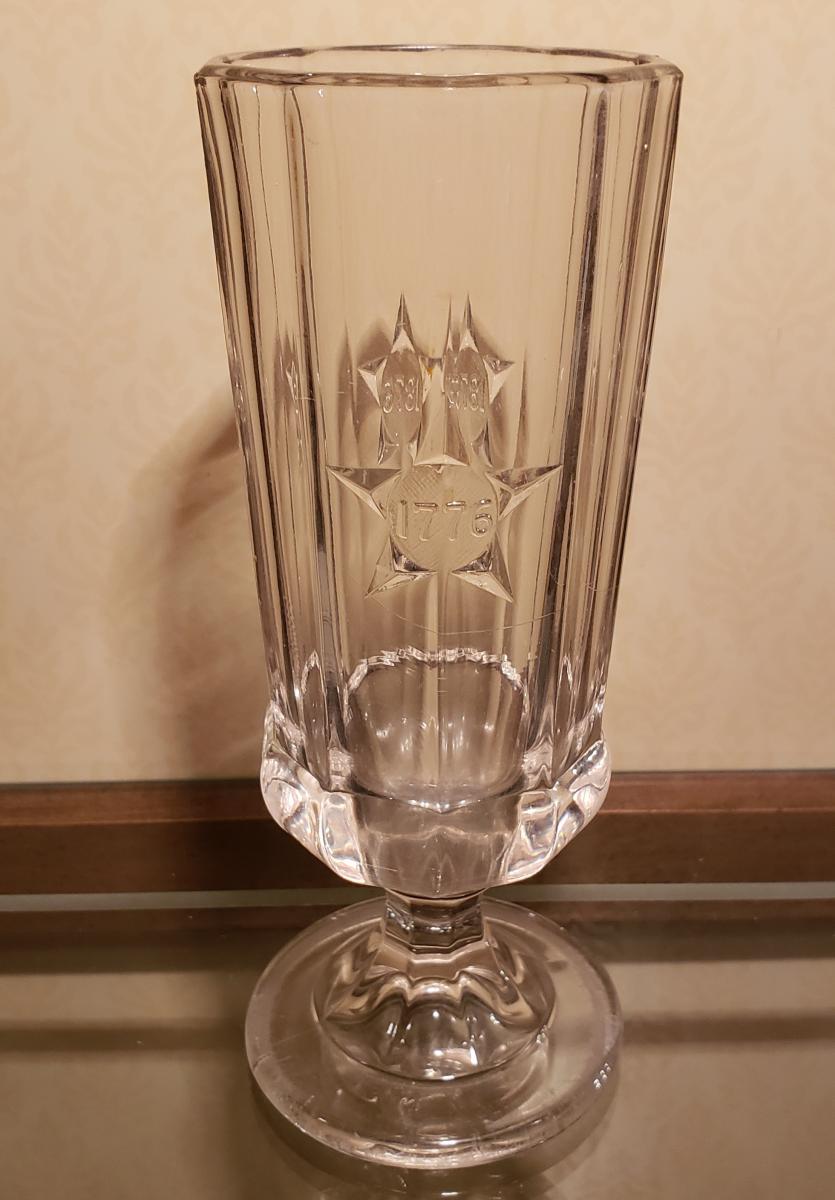 This ale glass was manufactured in 1876 by Central Glass Co. of Wheeling, WV.

These glasses were made to commemorate the U.S. Centennial at the time and were displayed and sold as souveniers from the glass company's exhibit at the Centennial Exposition in Philadelphia.

The Centennial Exposition of 1876 was the first-ever World's Fair held in the U.S., and it was a HUGE event, as over 10 million people attended. Many great inventions and foods were also introduced to Americans for the very first time at this event.

Item has been viewed 67 times