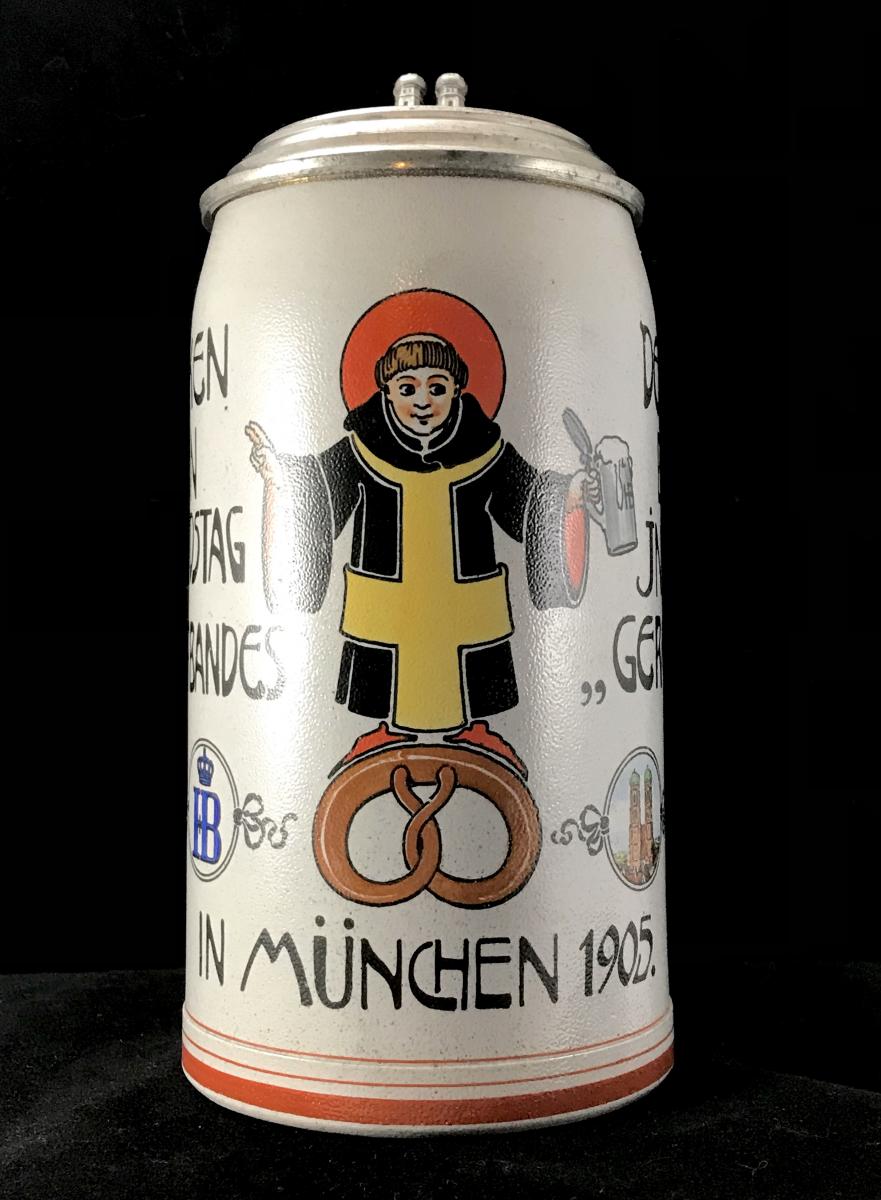 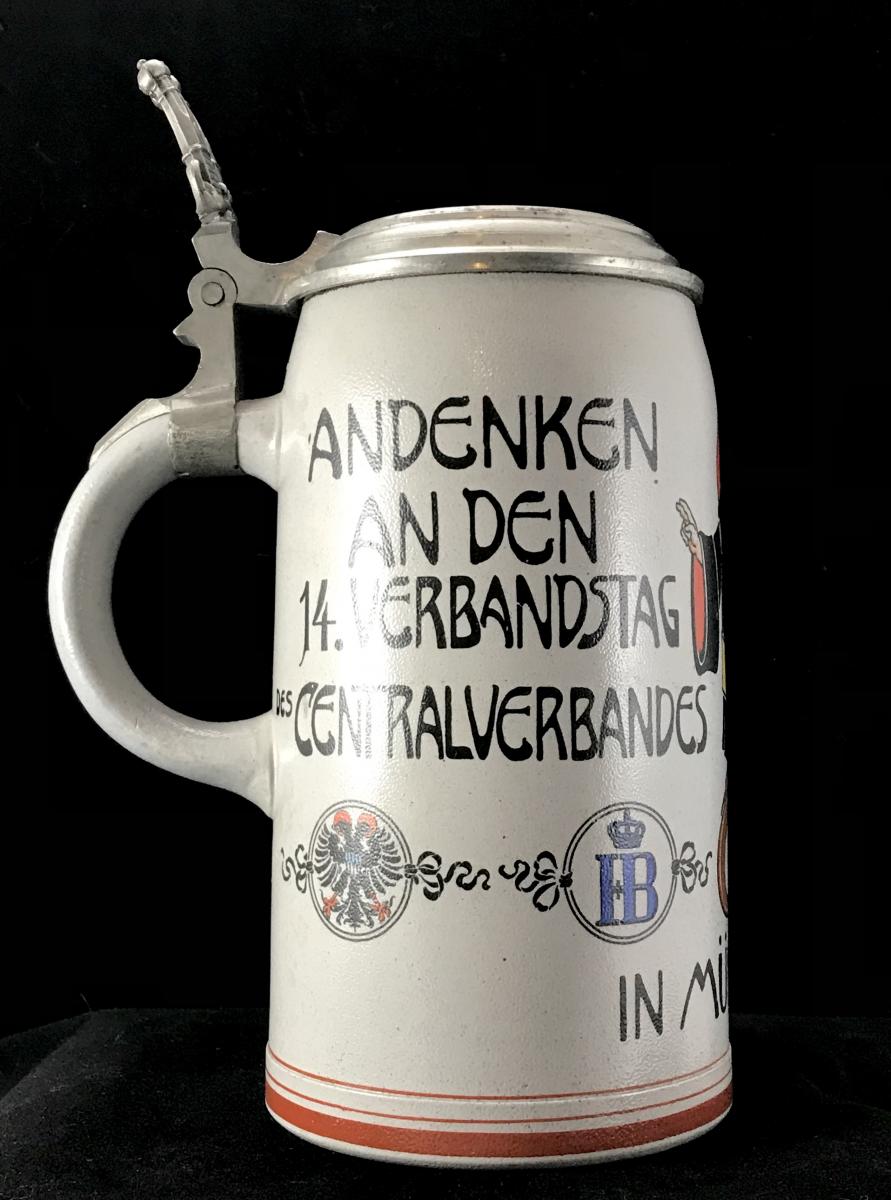 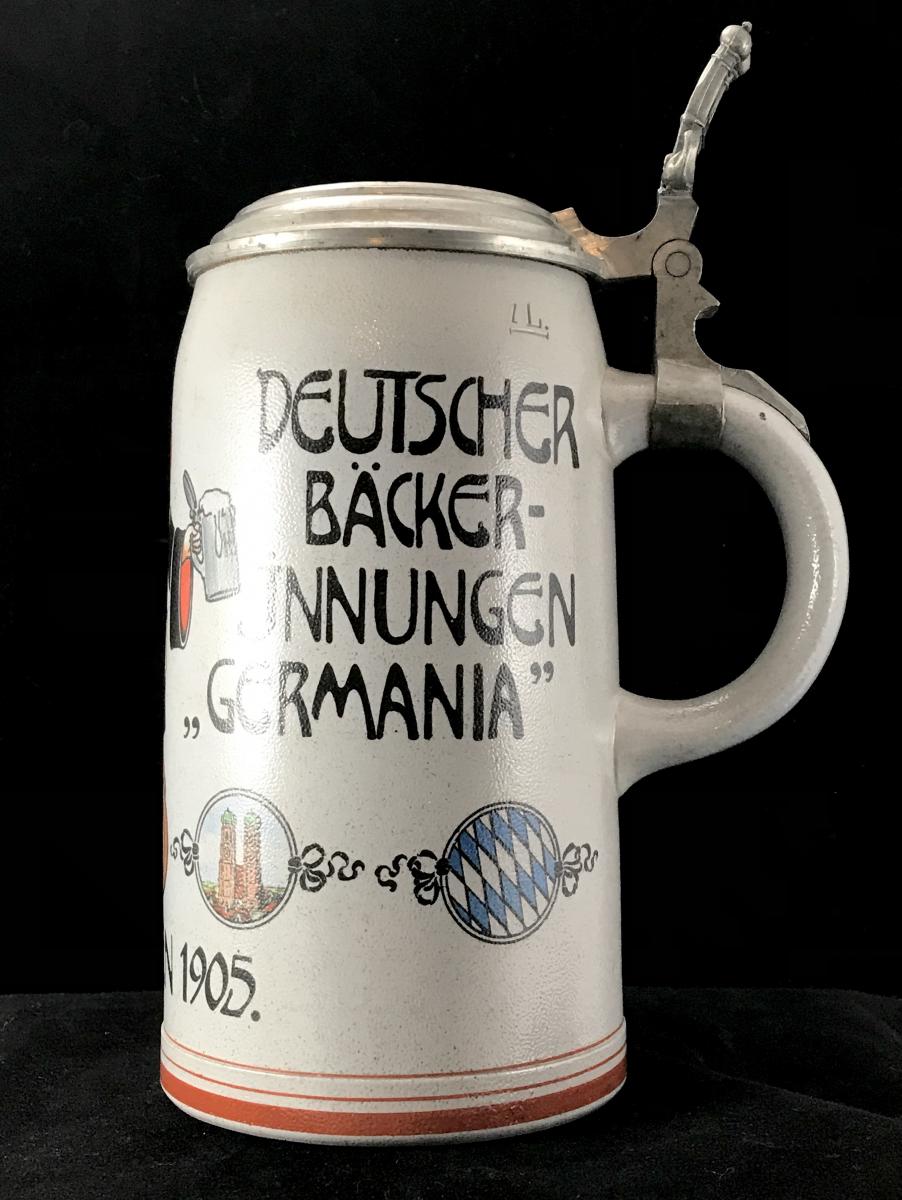 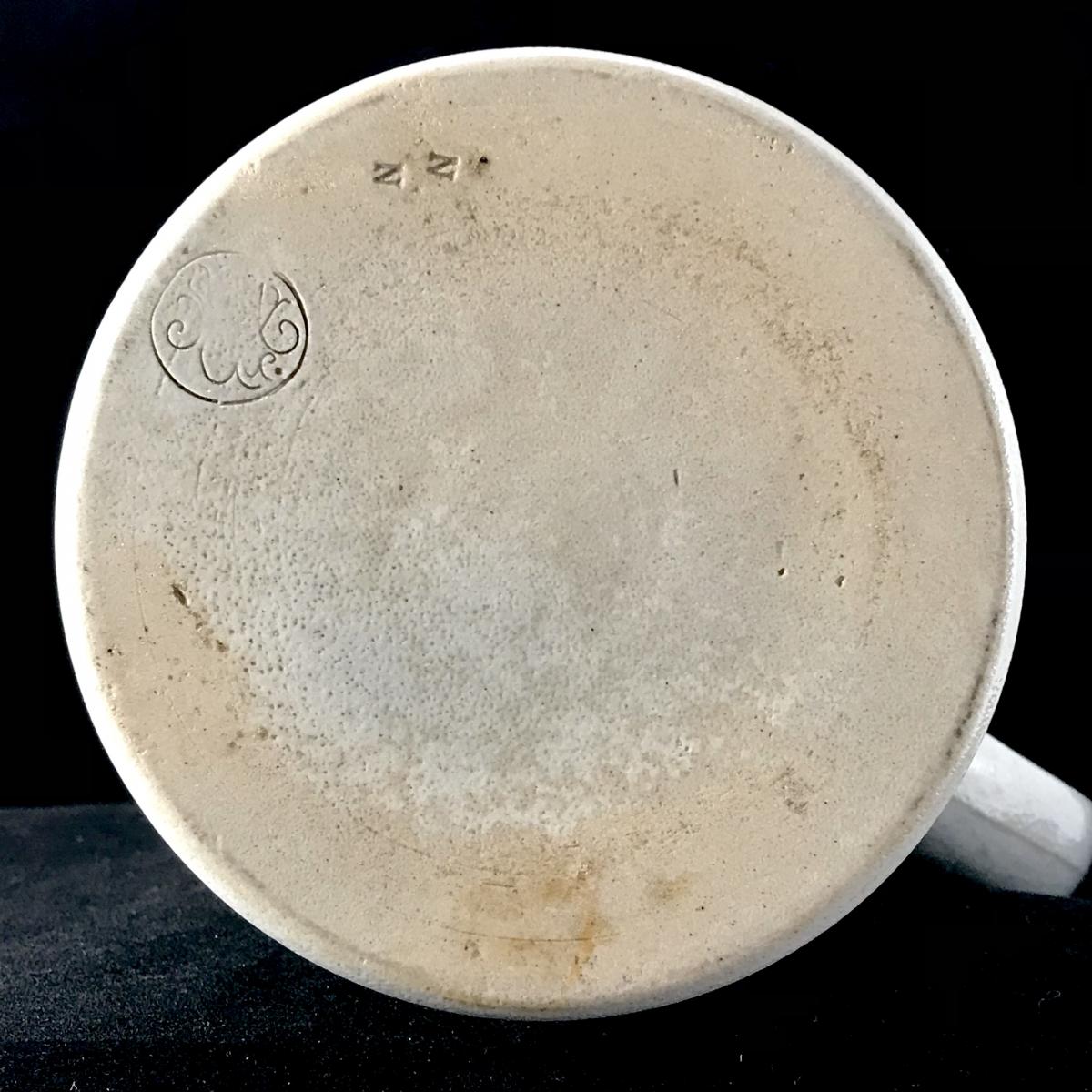 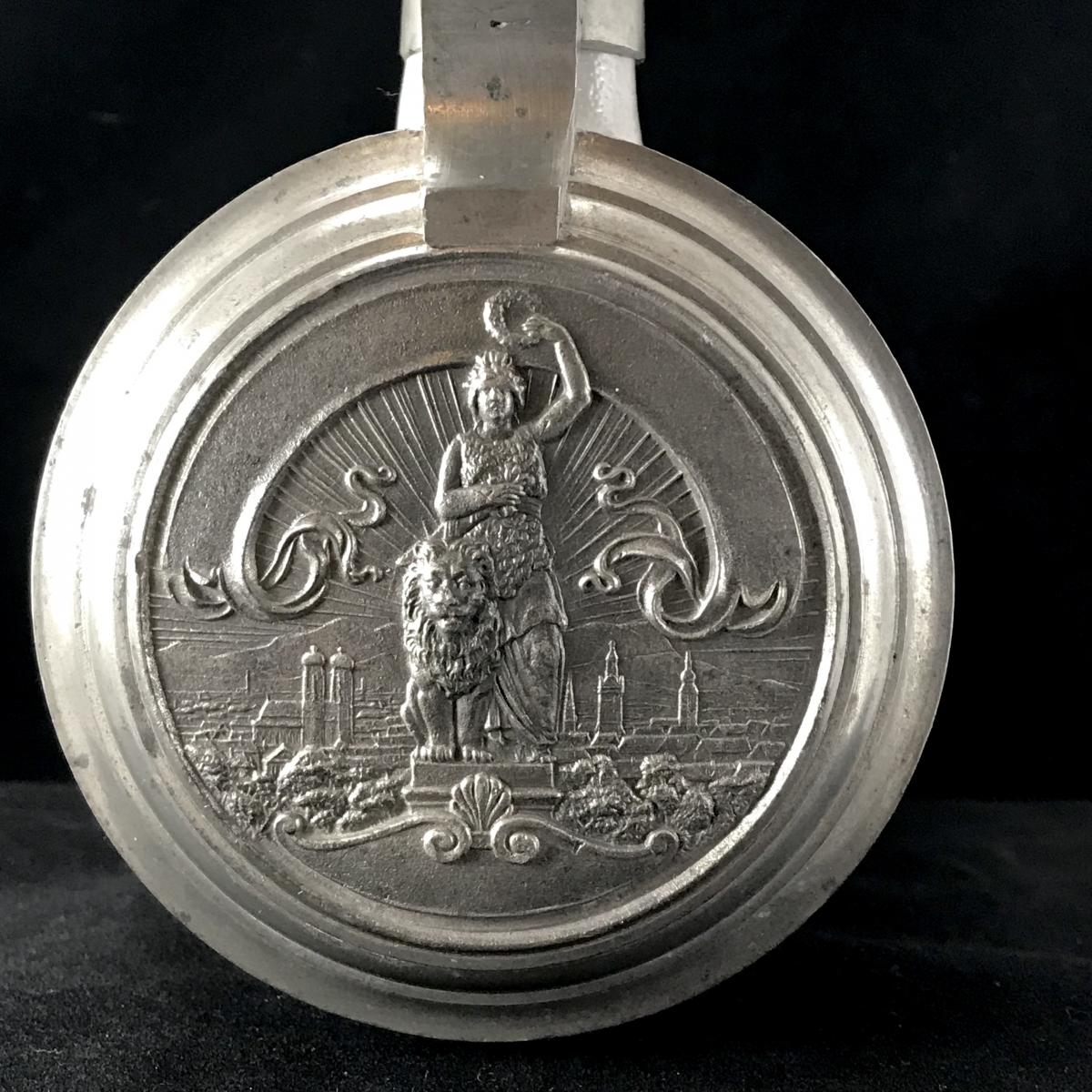 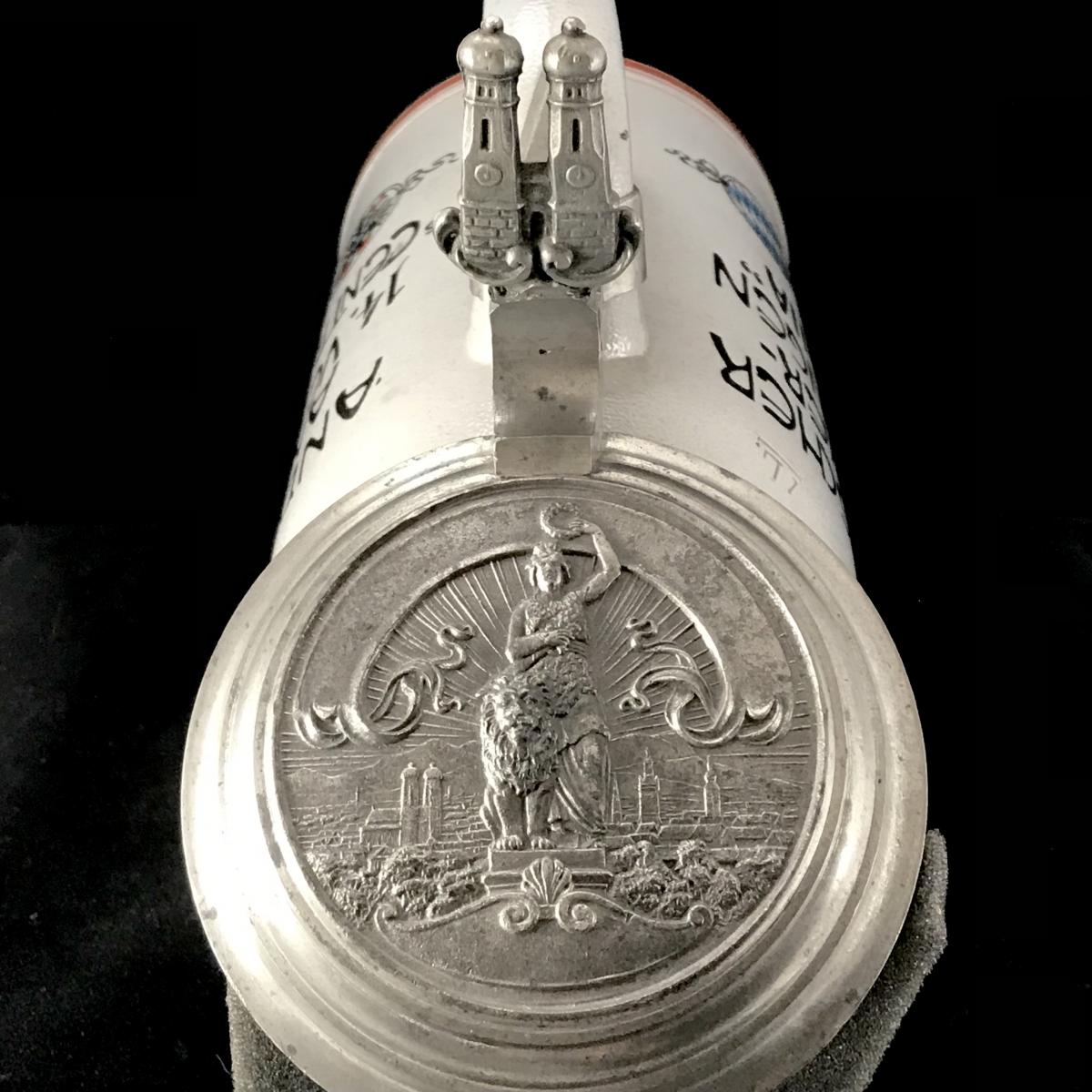 The main scene is of the München Kindl (Munich Child) with a raised right blessing hand and a Hofbräuhaus stein in the left, standing on a pretzel. The logos under the central scene from L-R: The double headed eagle of the 1st German Reich; the Hofbräuhaus "HB" logo; the towers of the Frauenkirche (Cathedral of our Dear Lady or the Munich Cathedral); and the Bavarian blue and white rhombus.

The relief lid depicts the statue of "Bavaria" with the skyline of Munich. The thumb lift are the two towers of the Frauenkirche.

I have confirmed this stein was designed by Franz Ringer. I recently acquired the book „Das Münchner Kindle…eine Wappenfigur geht eigene Wege“ (The Munich Child,…a coat of arms figure goes it’s own way) published by Münchner Stadtmuseum (City Museum of Munich), 1999. On page 192 image 417 shows two beer steins. The stein identified as catalog 683 is this stein and it is identified as having been designed by Franz Ringer.

Mr. Peter Kinast, Wichertstrasse 19, Munich, dealer of fine arts, he reports that this stein was given out to participants of the 1905 event at the Hofbräuhaus and that it was designed by Franz Ringer.

Item has been viewed 88 times