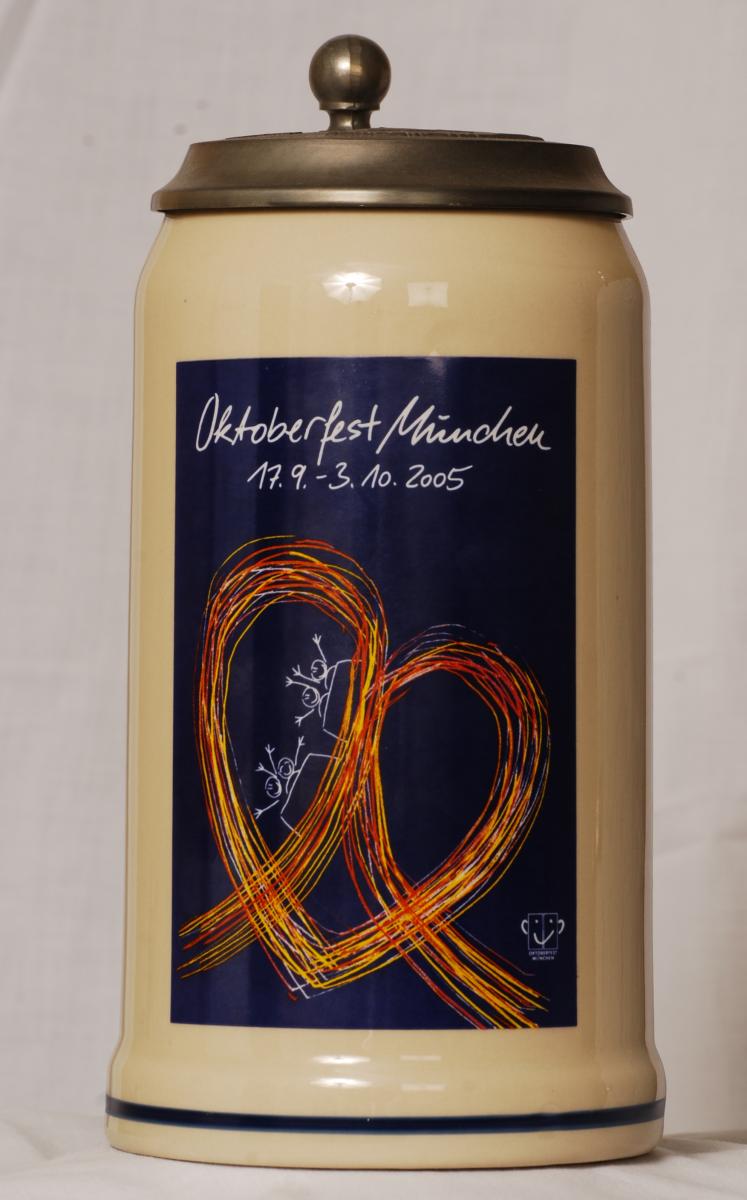 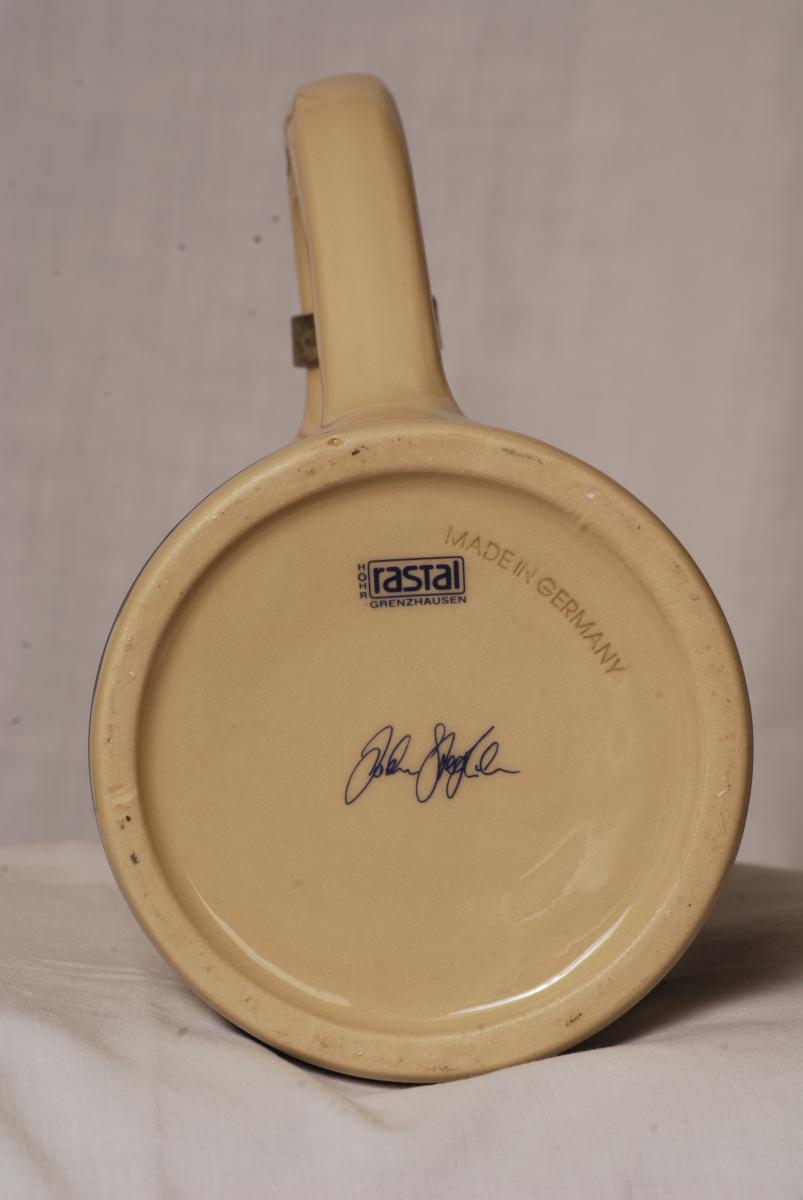 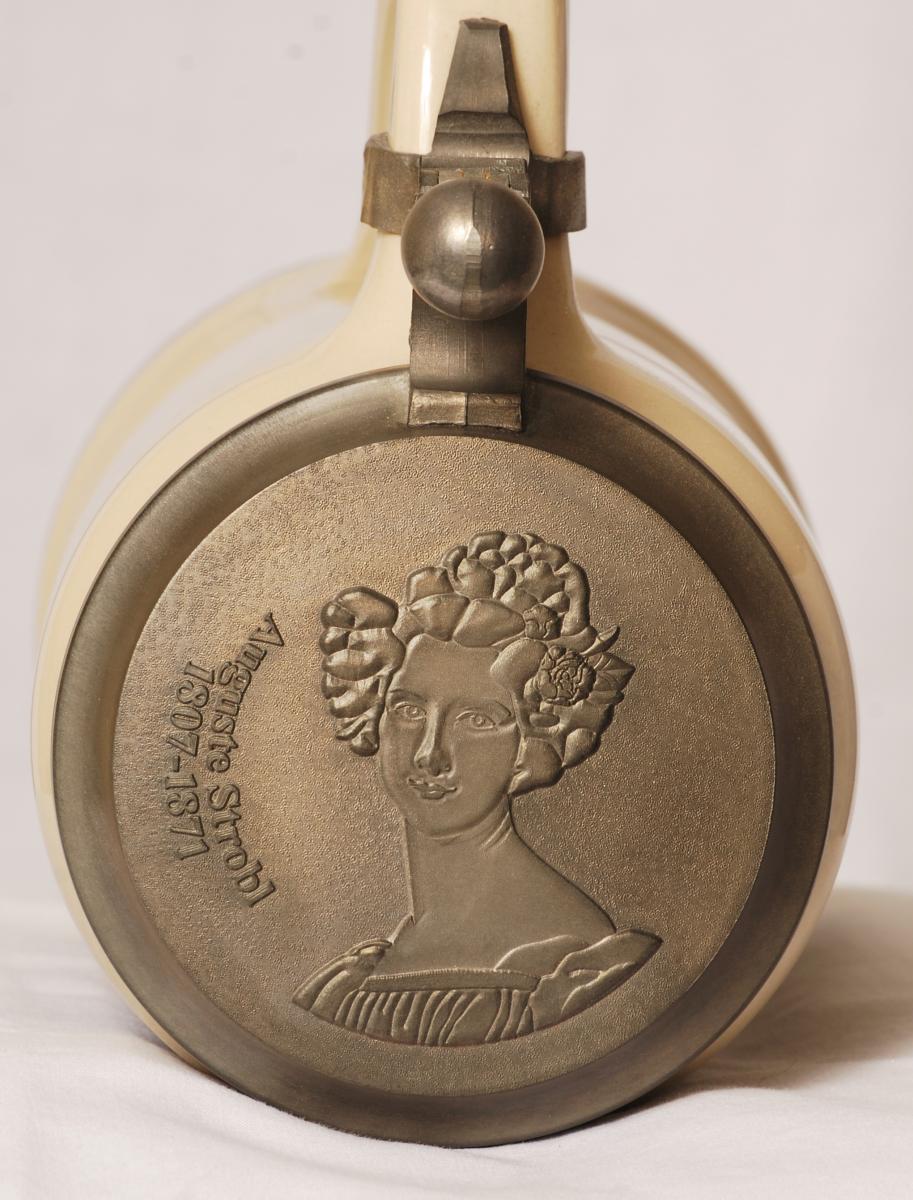 Produced by Rastal as mugs and stein, both of which are in my collection.

The lid relief depicts Auguste Strobl (1807-1871) and is the second in a series taken from the Schönheitengalerie (Gallery of Beauties), thirty-six portraits of beautiful women gathered by Bavarian King Ludwig I in the southern pavilion of Nymphenburg Palace in Munich, where they remain on display today. Although it is known that Ludwig wrote several poems to Auguste, it is unclear how she initially came to his attention. Original portrait by court painter Joseph Karl Stieler. (BSL)

Item has been viewed 39 times