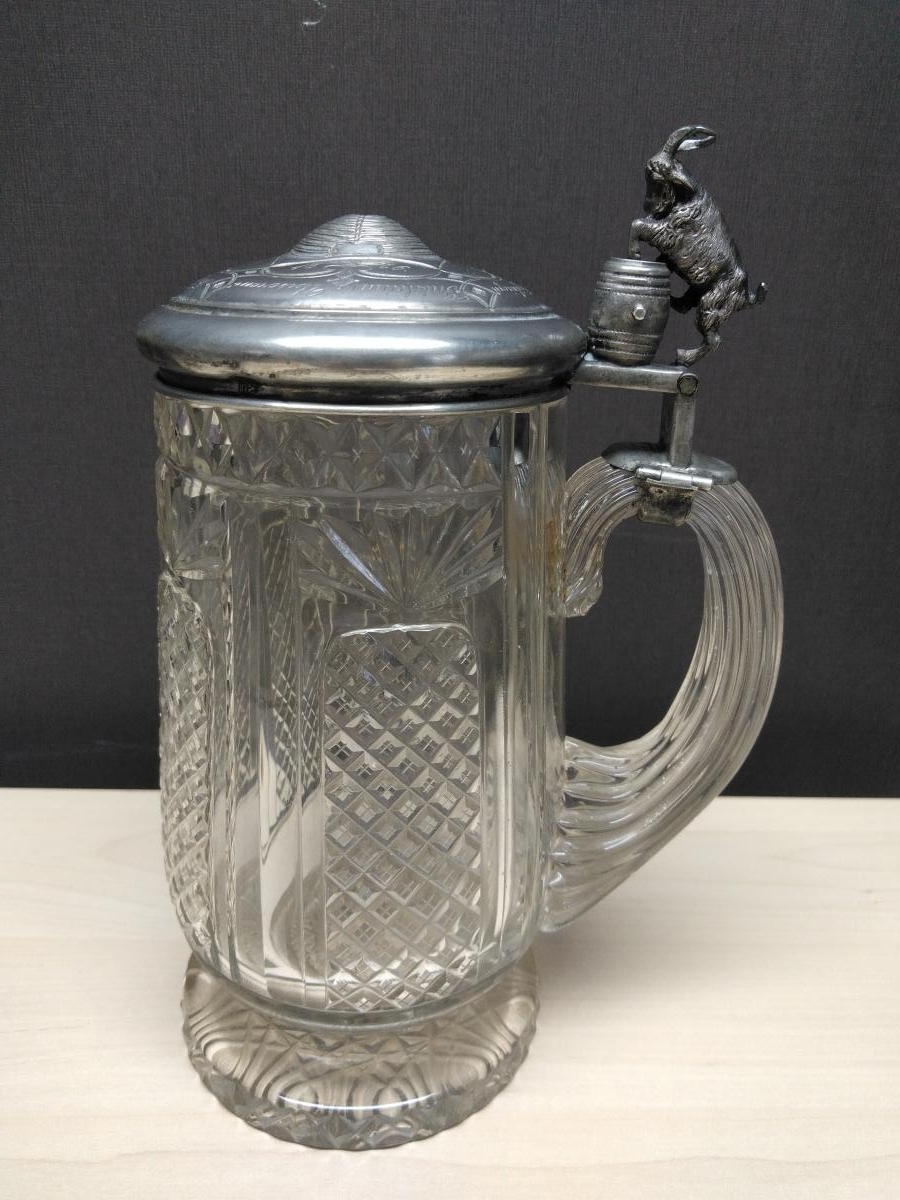 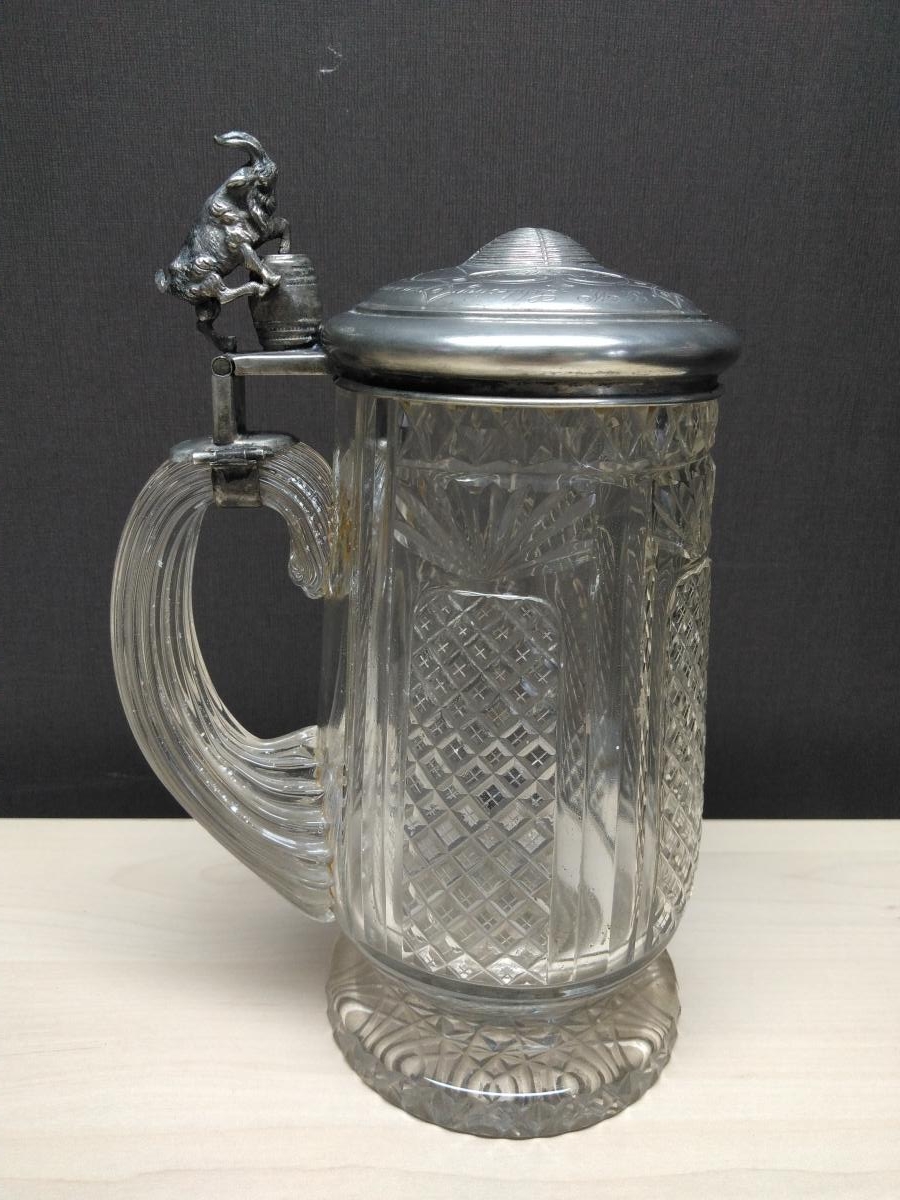 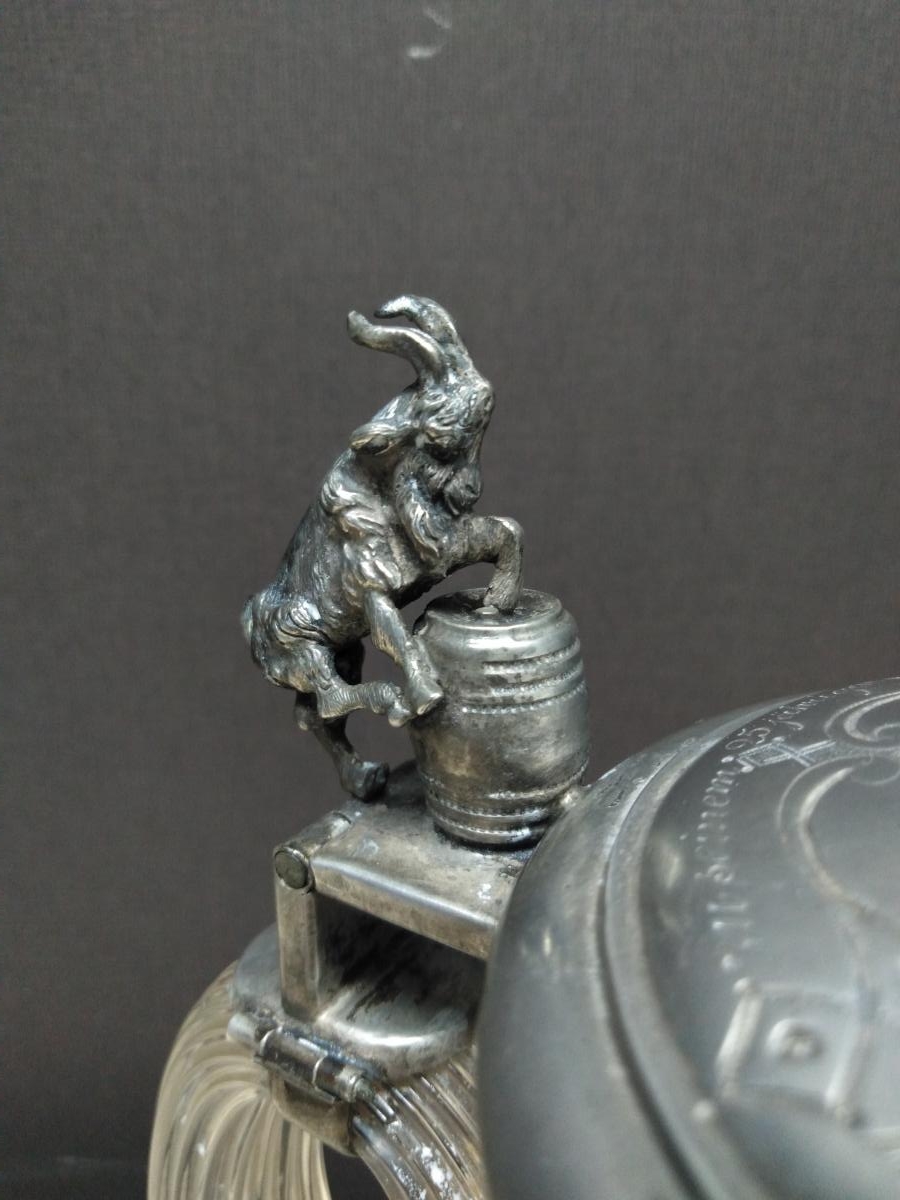 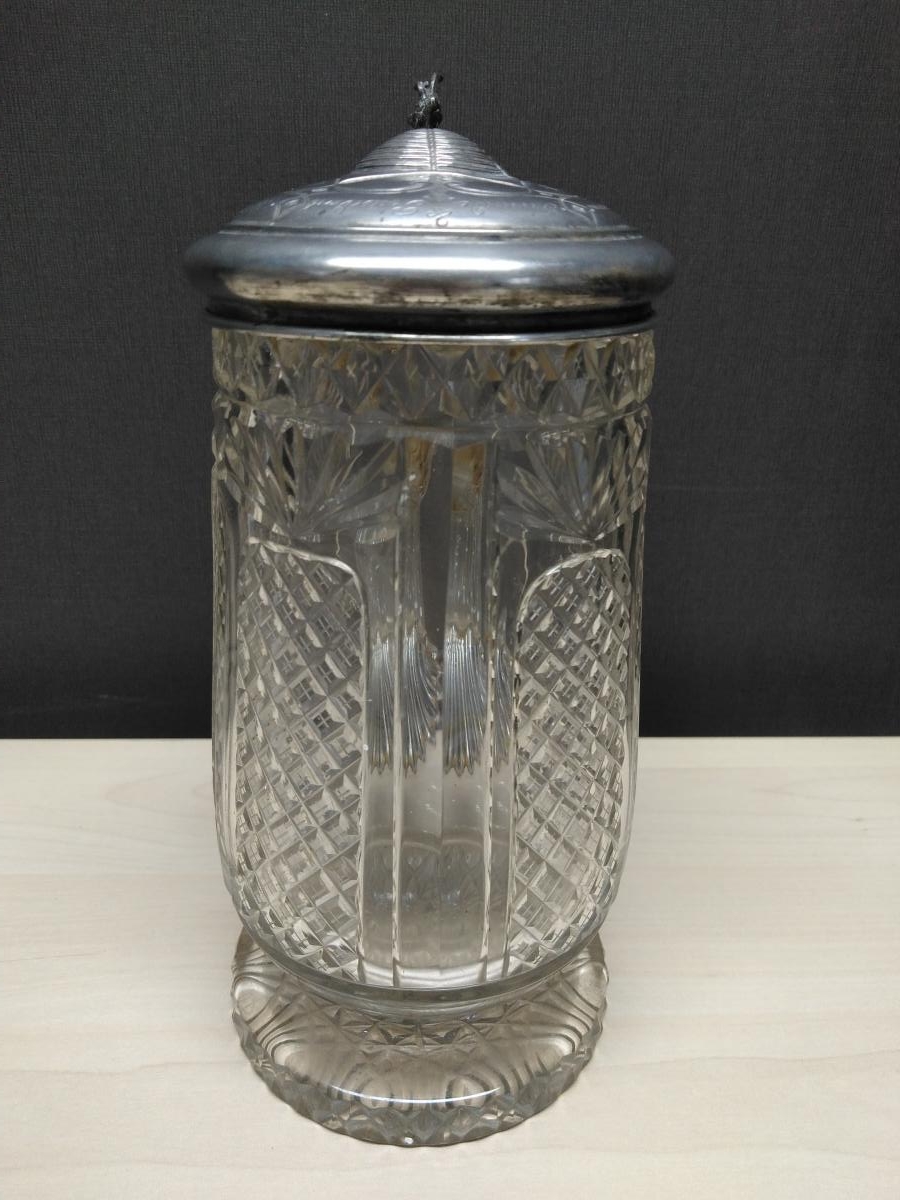 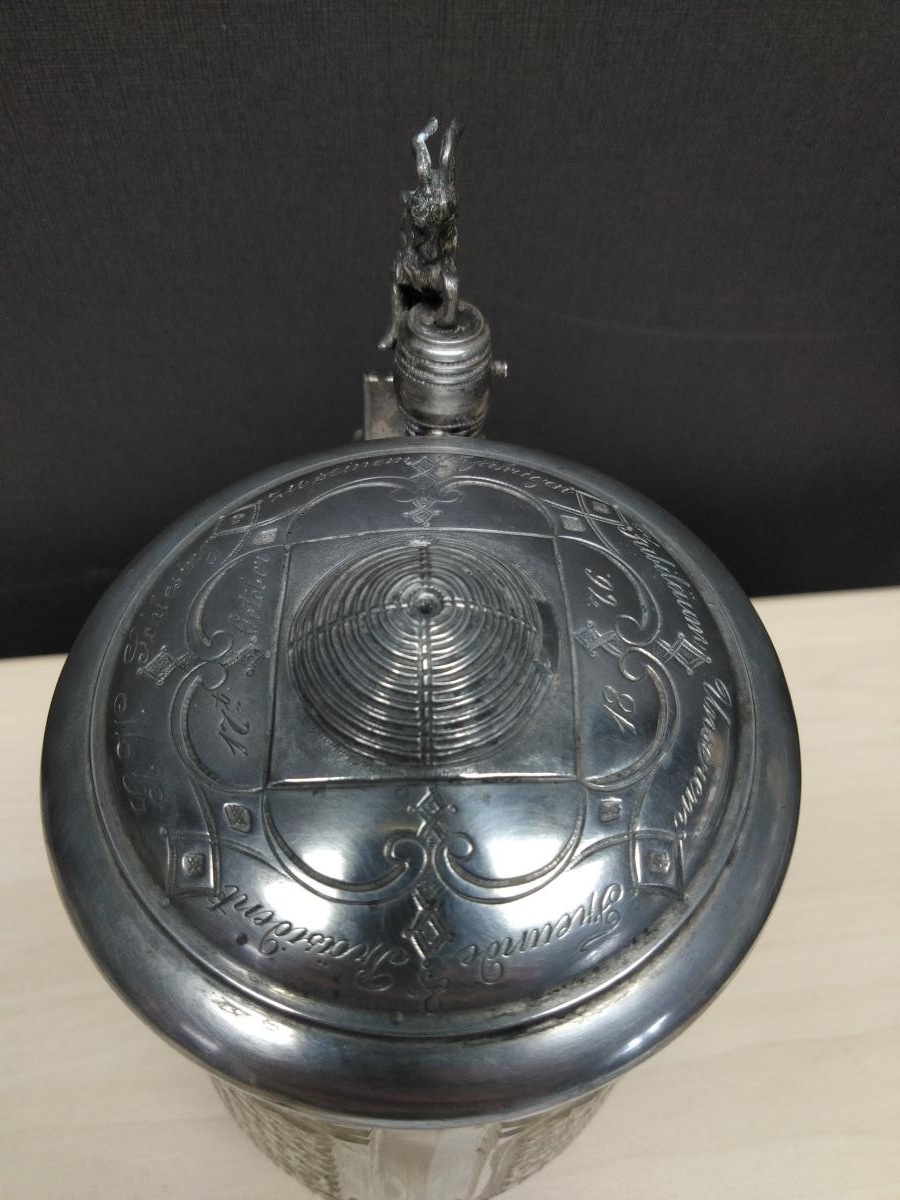 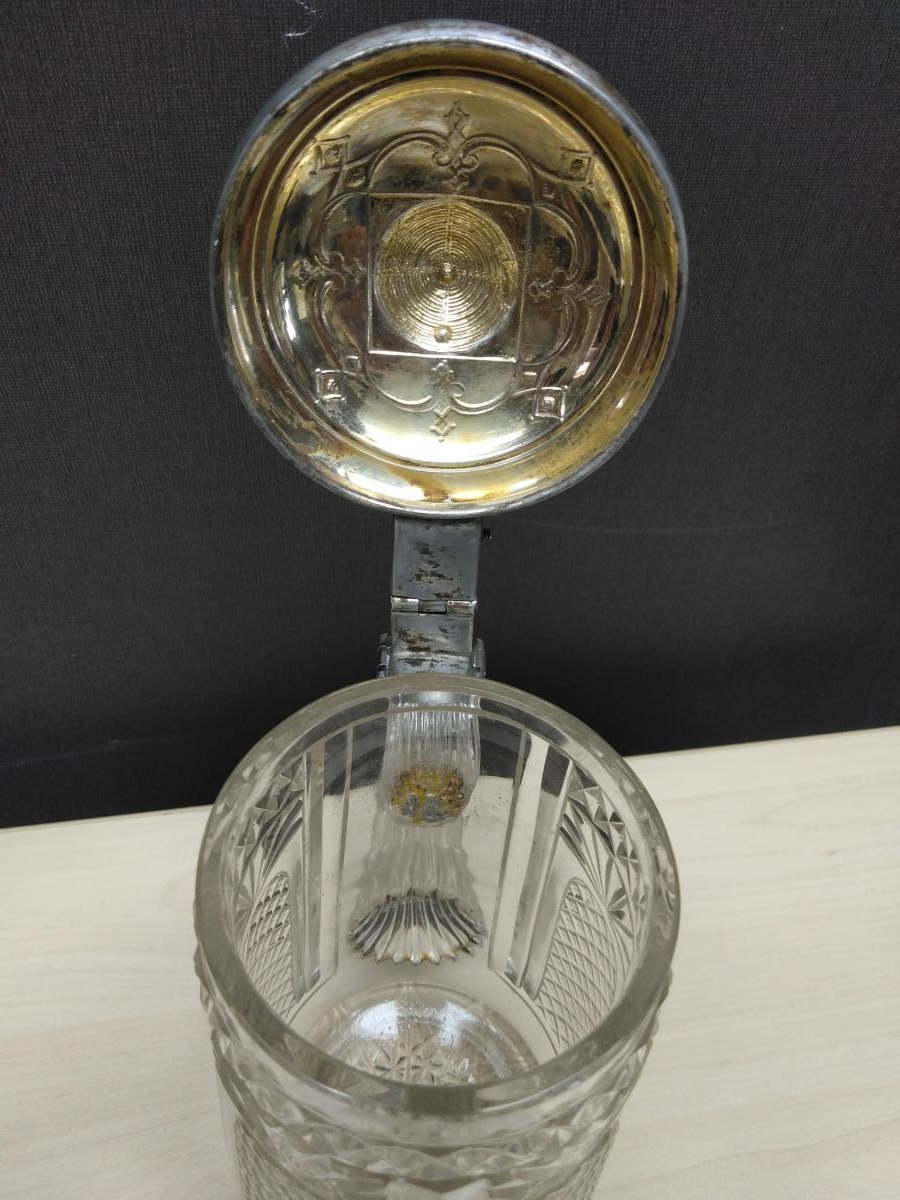 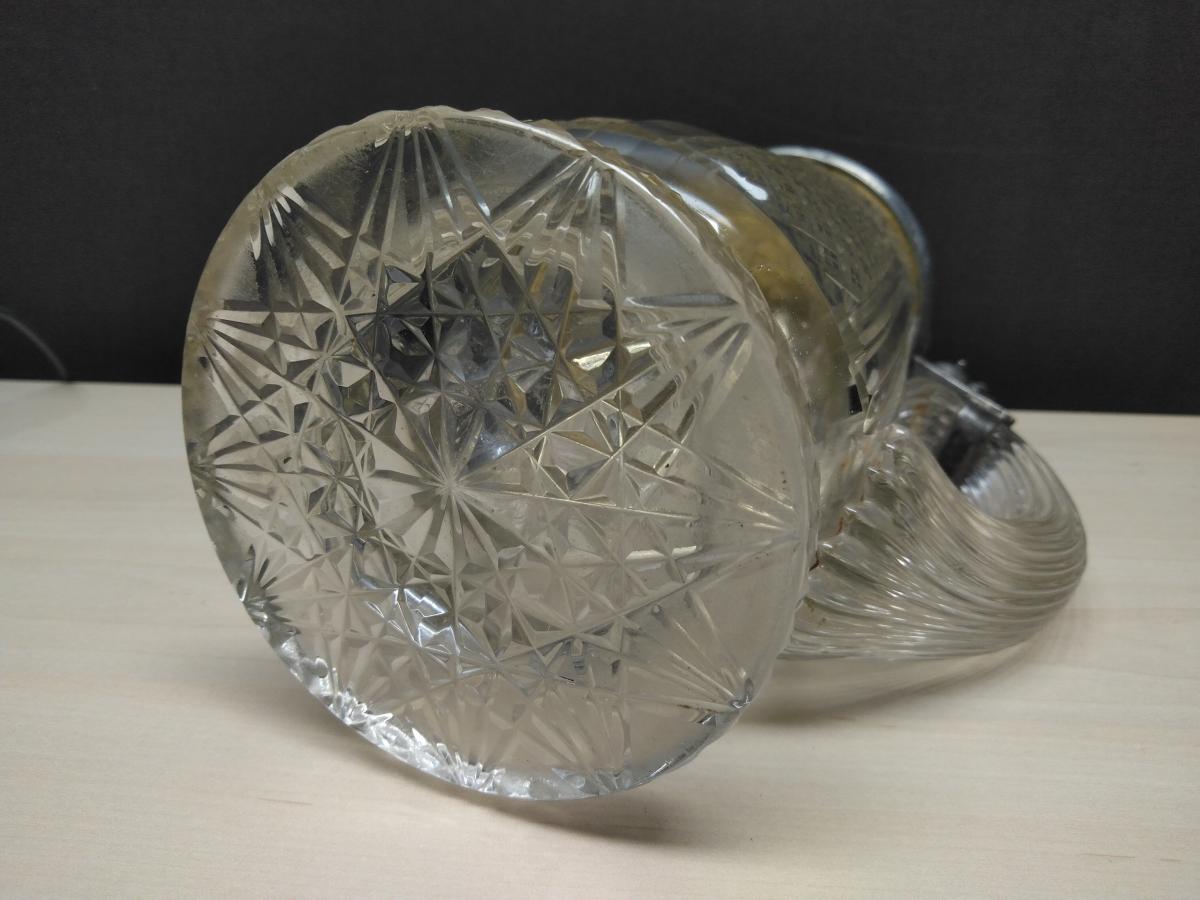 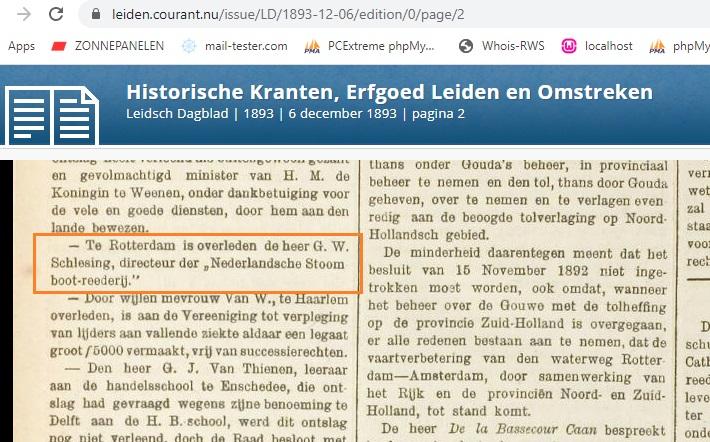 Possible owner of this stein, deceased in 1893.

A beautiful cut glass stein, dated 1876 on the lid.

The thumbrest is a goat (ram), standing against a beer barrel.

A online search for G.W. Schlesing resulted in a mentioning of a man with that name who lived in Rotterdam (but was born in 1829 in Wesel, Germany). This man was president of the "Nederlandsche Stoomboot-reederij" (a Dutch steam boat company), and he died in 1893. So this might be the man that this stein was presented to.

Together with this stein I acquired a second glass stein, with the same name (Gottfried Schlesing) etched into the cut glass body. See [link]
It is very rare to find two diferent steins owned by/dedicated to the same person.

Item has been viewed 116 times