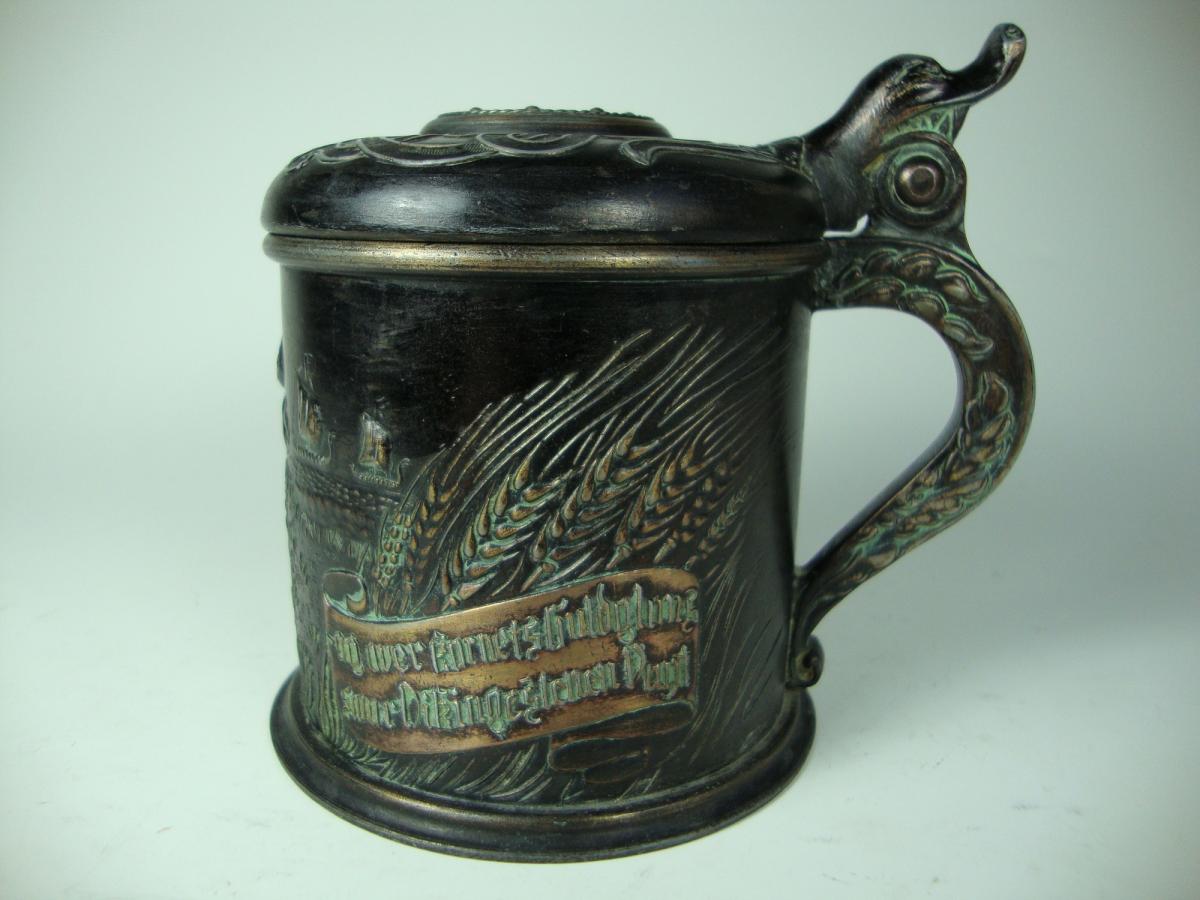 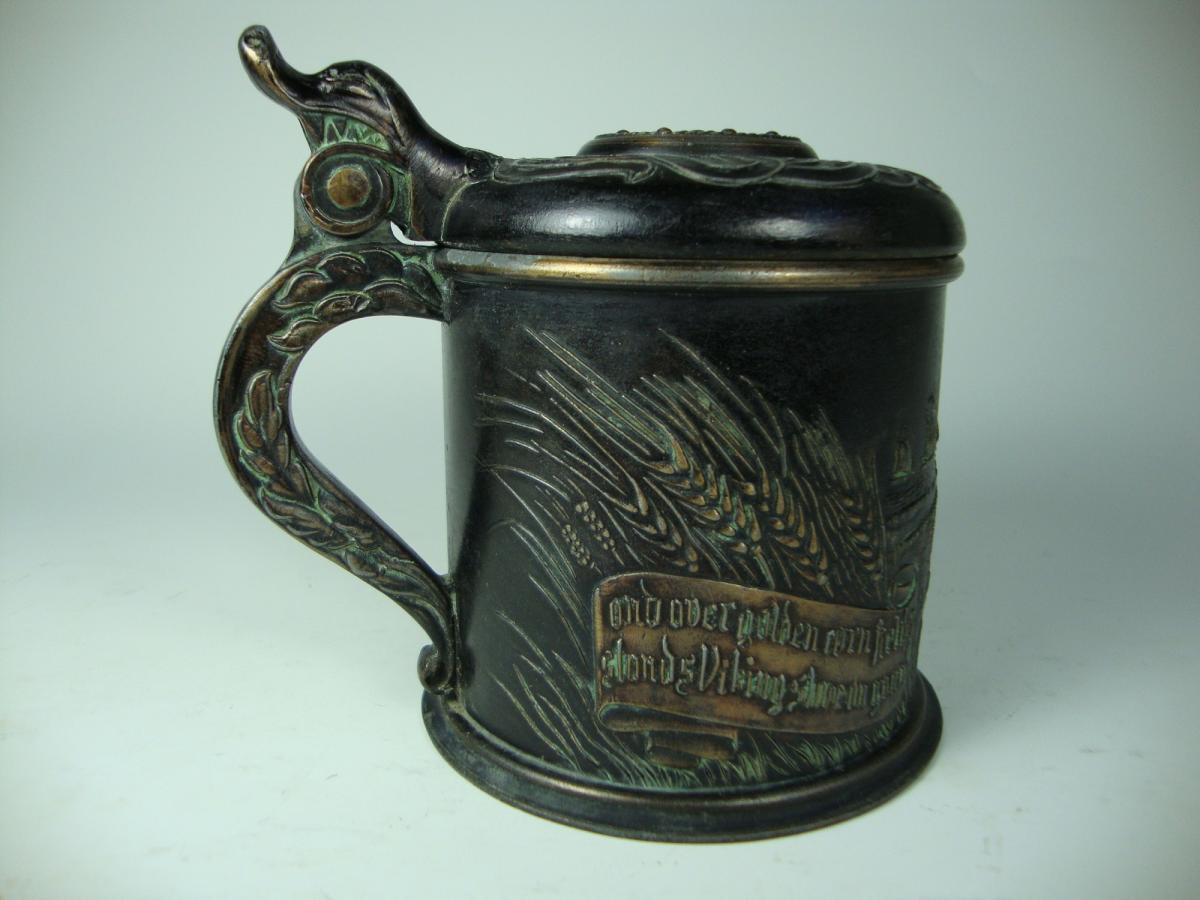 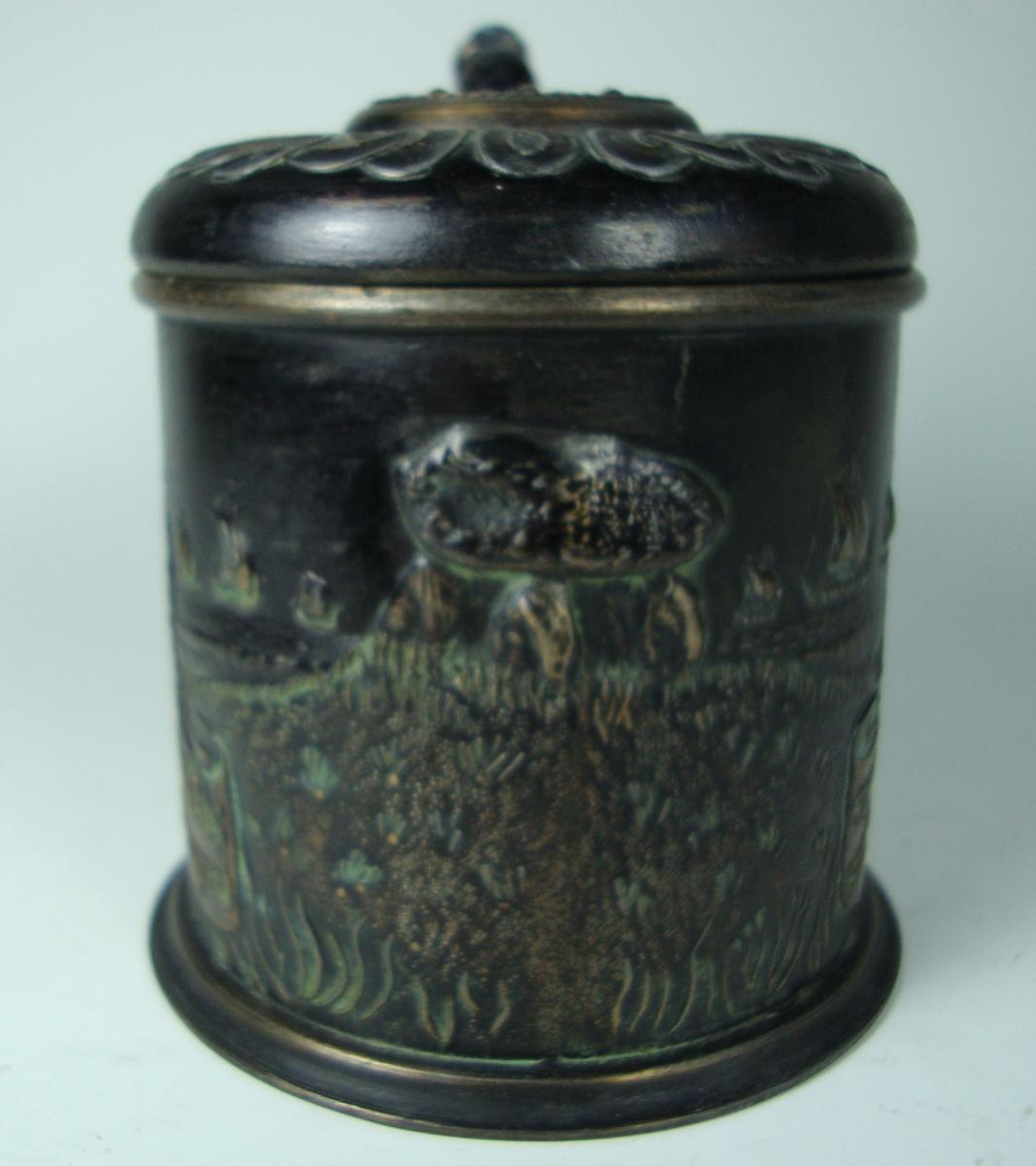 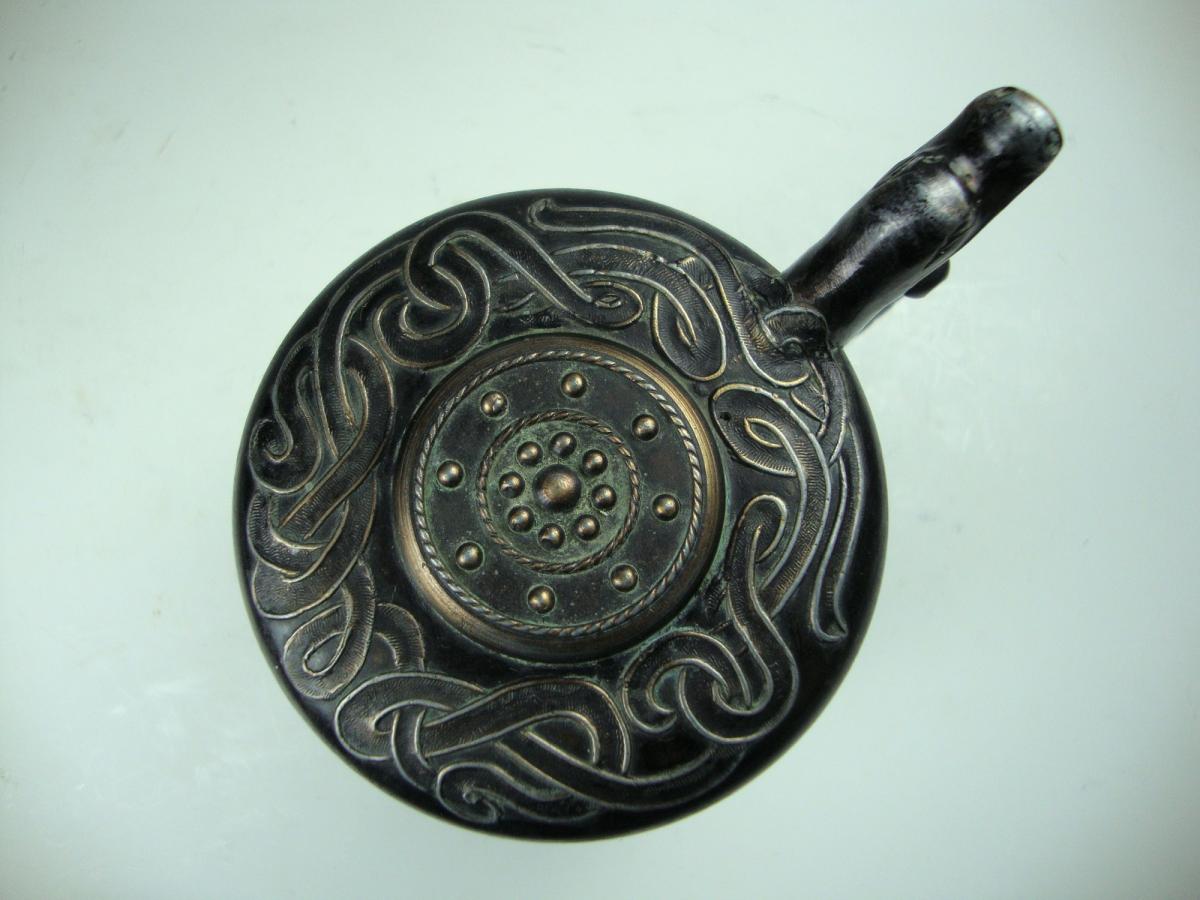 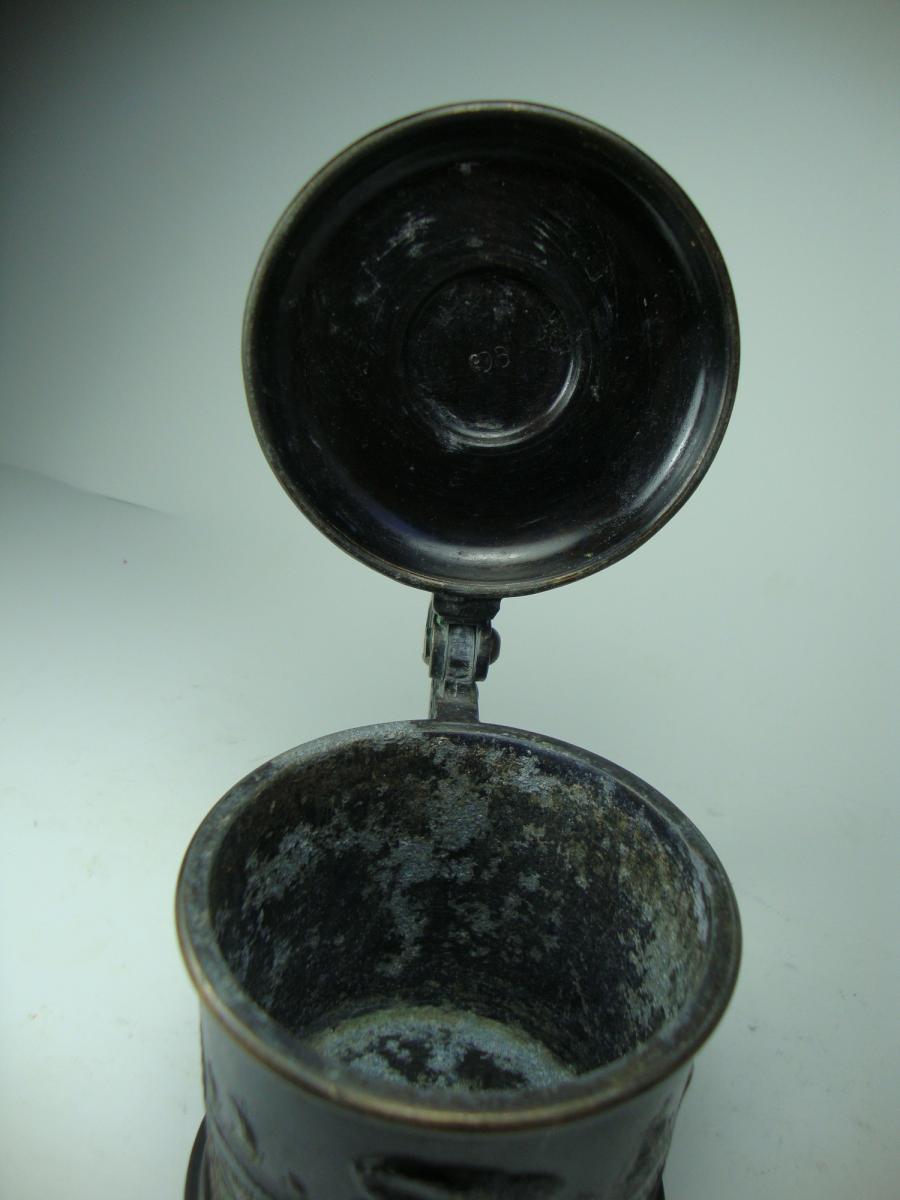 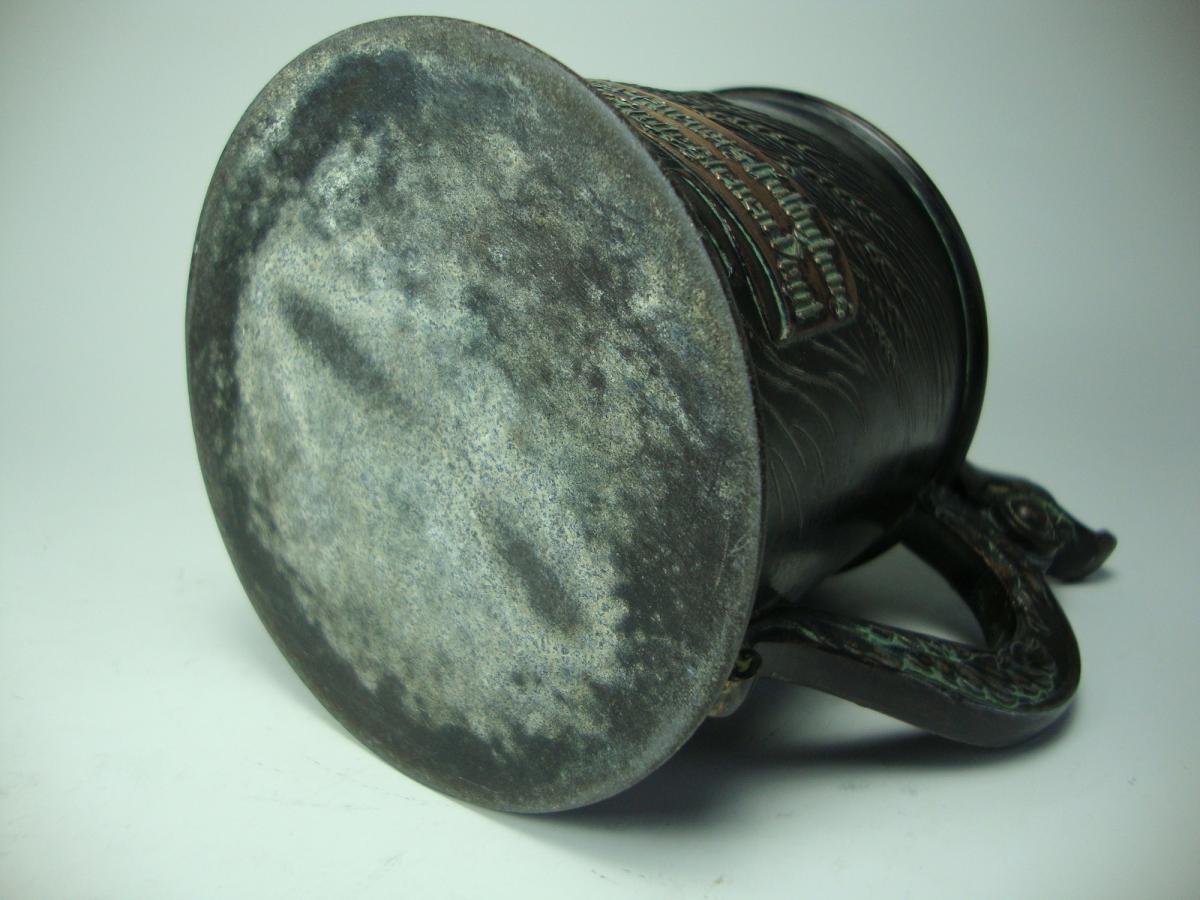 A beautiful stein, completely made out of bronze. Produced in Denmark (Copenhagen) by a man called Edward Aagaard, probably in the first half of the 20th century.

The stein has sayings on either side of the body. On one side the saying is ''And over golden corn fields stands Viking stone on guard".
On the other side this saying is repeated but in the Danish language.

The front of the stein has a relief picture of a landscape with giant stones, stacked on eachother by (supposedly) Vikings, much like the famous stones at Stonehenge.

The lid is beautifully decorated in relief.
Although the stein is not marked, it is confirmed that this stein was produced and designed by Edw. Aagaard, who is known for having produced several decorative items in bronze.

This bronze stein has beautiful dark and green patination.
It's height is 10.3 centimeters to the top of the thumbrest, 7.3 centimeter without the lid. The diameter at the base is 8.3 centimeters.

In December 2015 I received a very nice email from the grandson of the maker of this stein:
"..I can tell you that both the designer and the producer are my grandfather Edward Lund Aagaard. Also my father Jens Lund Aagaard (son of Edward Aagaard) and our family own many of his works, such as the Viking Ships and including your Stein that represent the heritage of the country Denmark."

So now it is clear who made this lovely stein.

Show items by producer other

Item has been viewed 2172 times