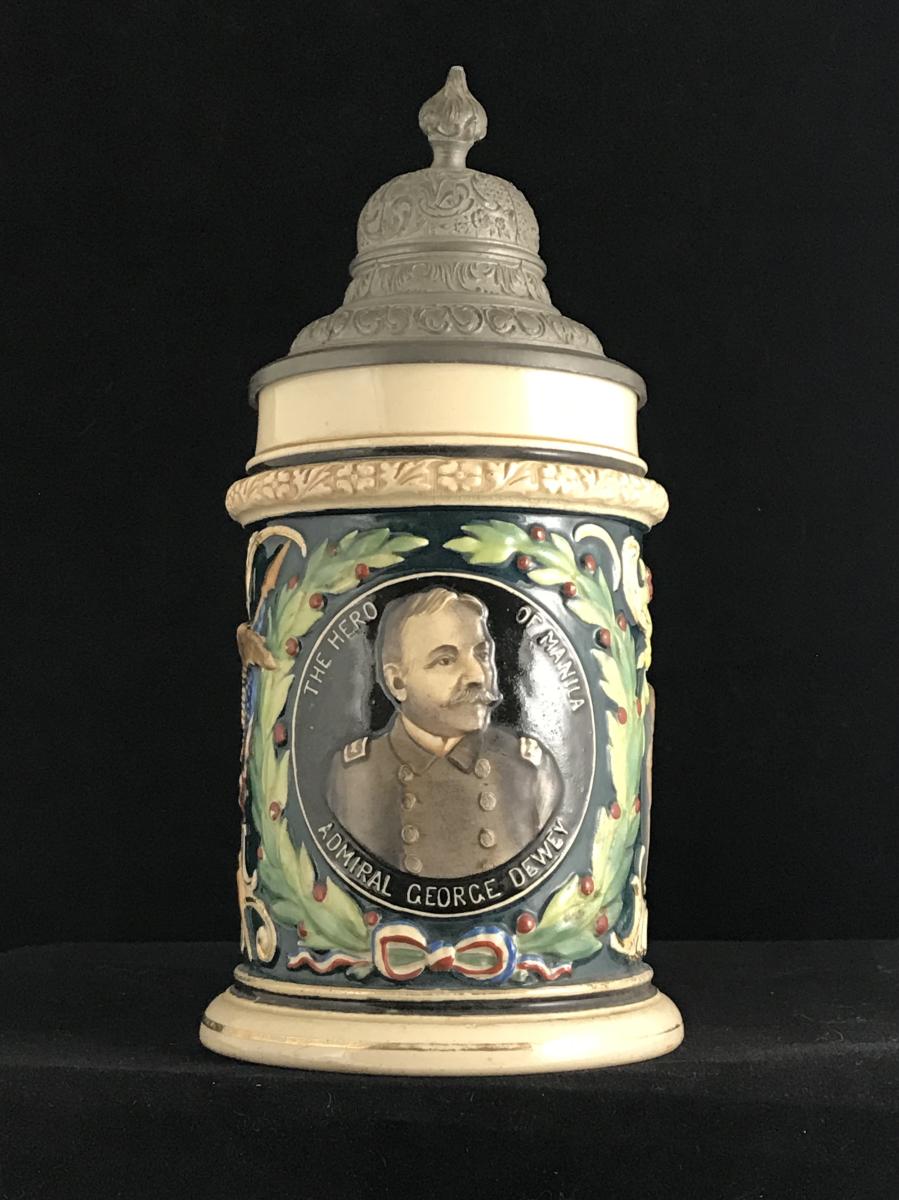 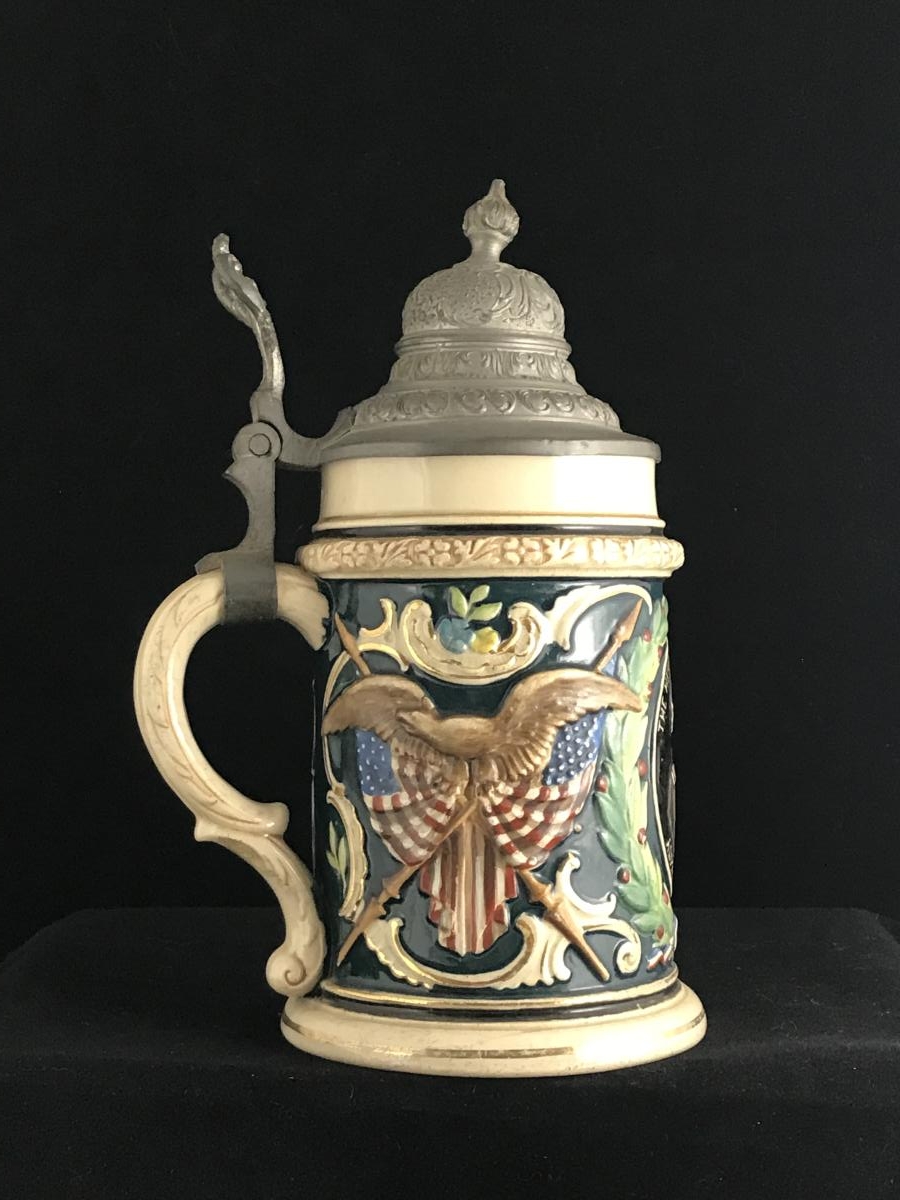 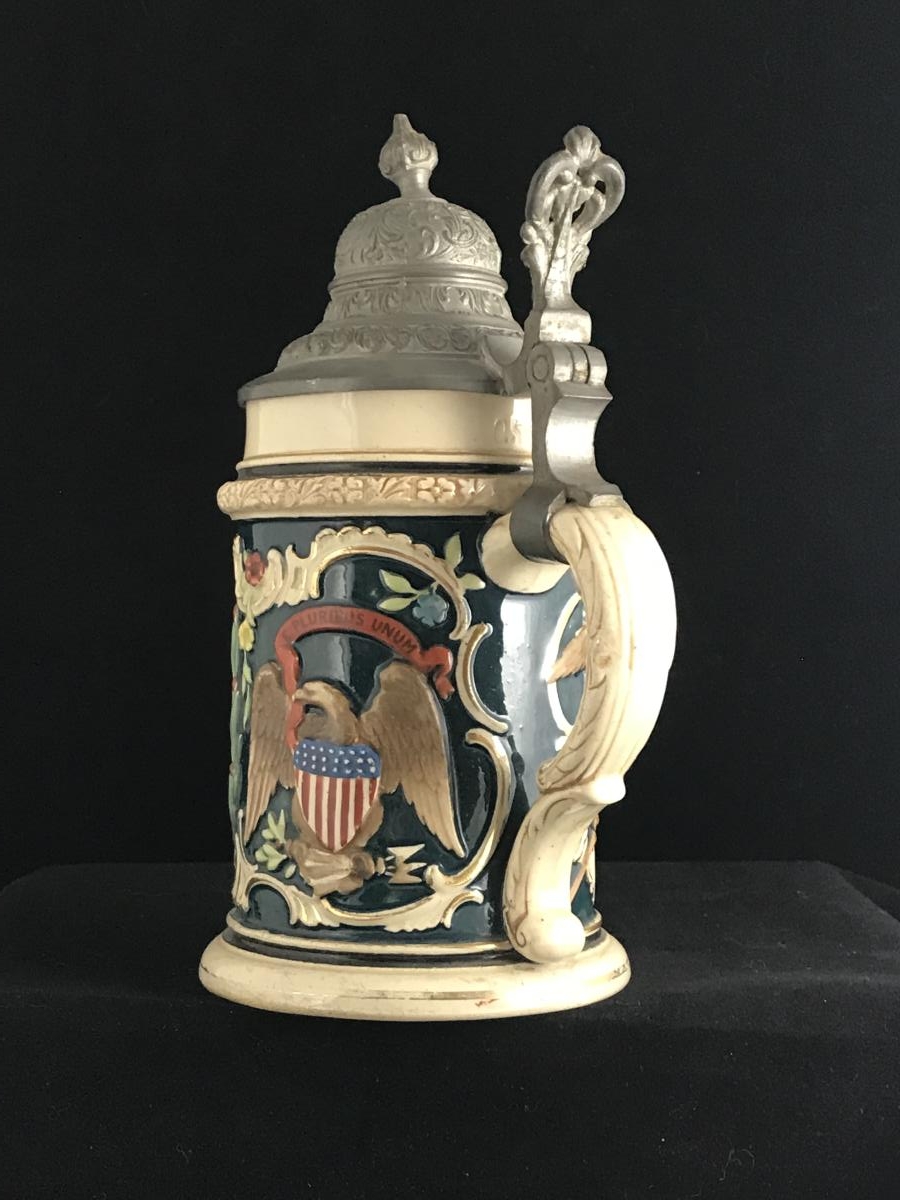 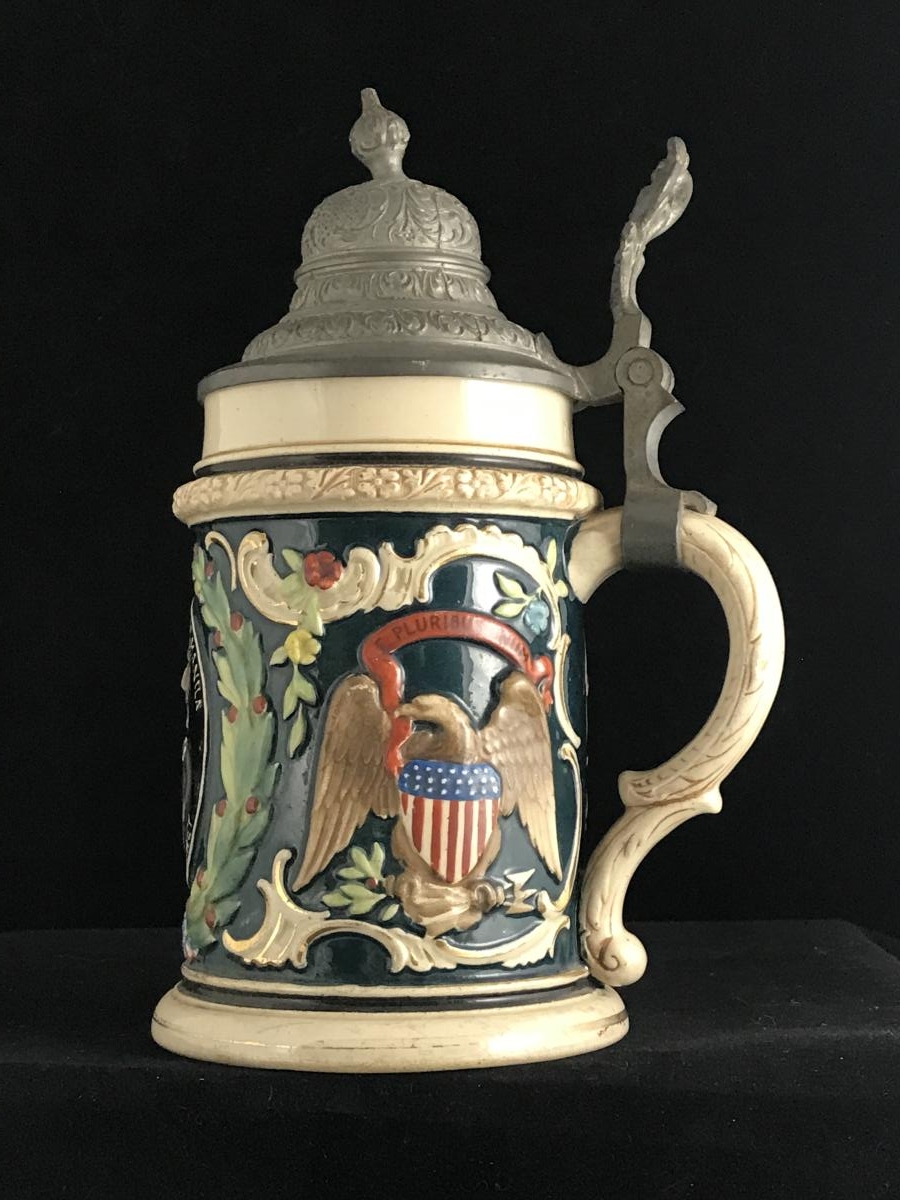 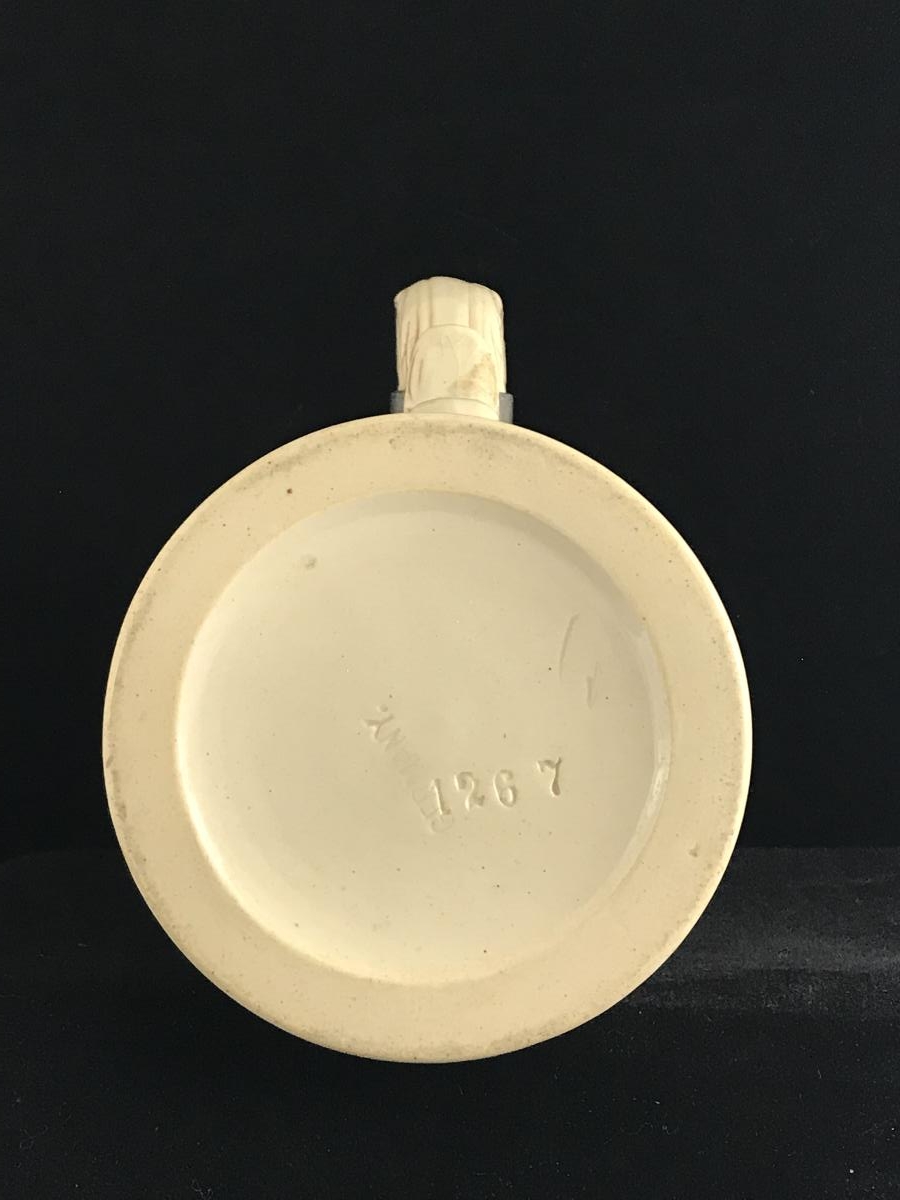 Reinhold Hanke stein, mold 1267, honoring Admiral George Dewey, “The Hero of Manila Bay”. This stein is part of a series, all mold 1267, honoring American political and military figures from the Spanish American War. In addition to Dewy, others depicted in the series included President McKinley, and Admirals Schley, Sampson, and Miles.

One possibly similar item in our database

We see another item in our database with the same mold number and the same producer: 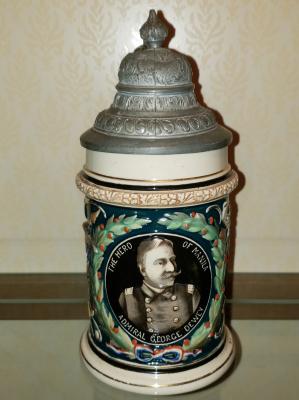 Item has been viewed 20 times