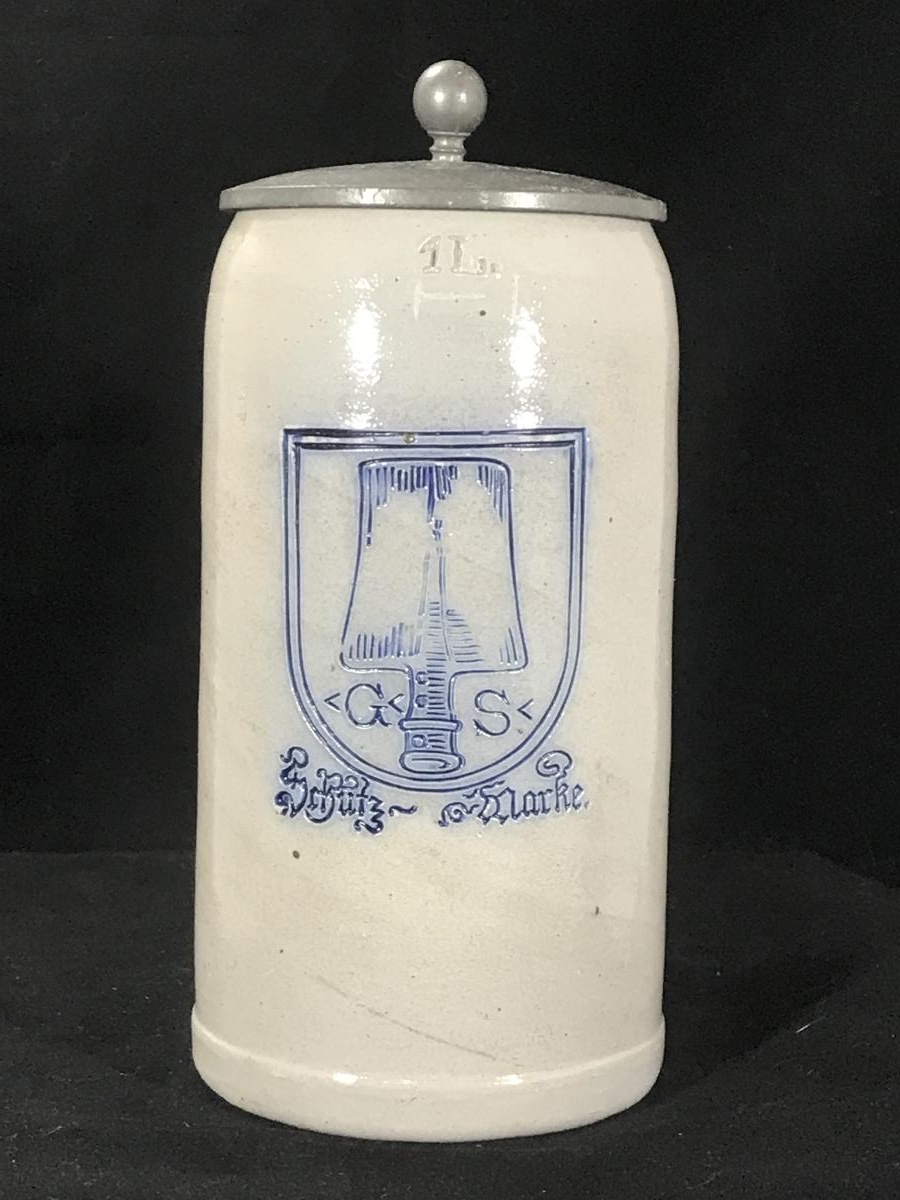 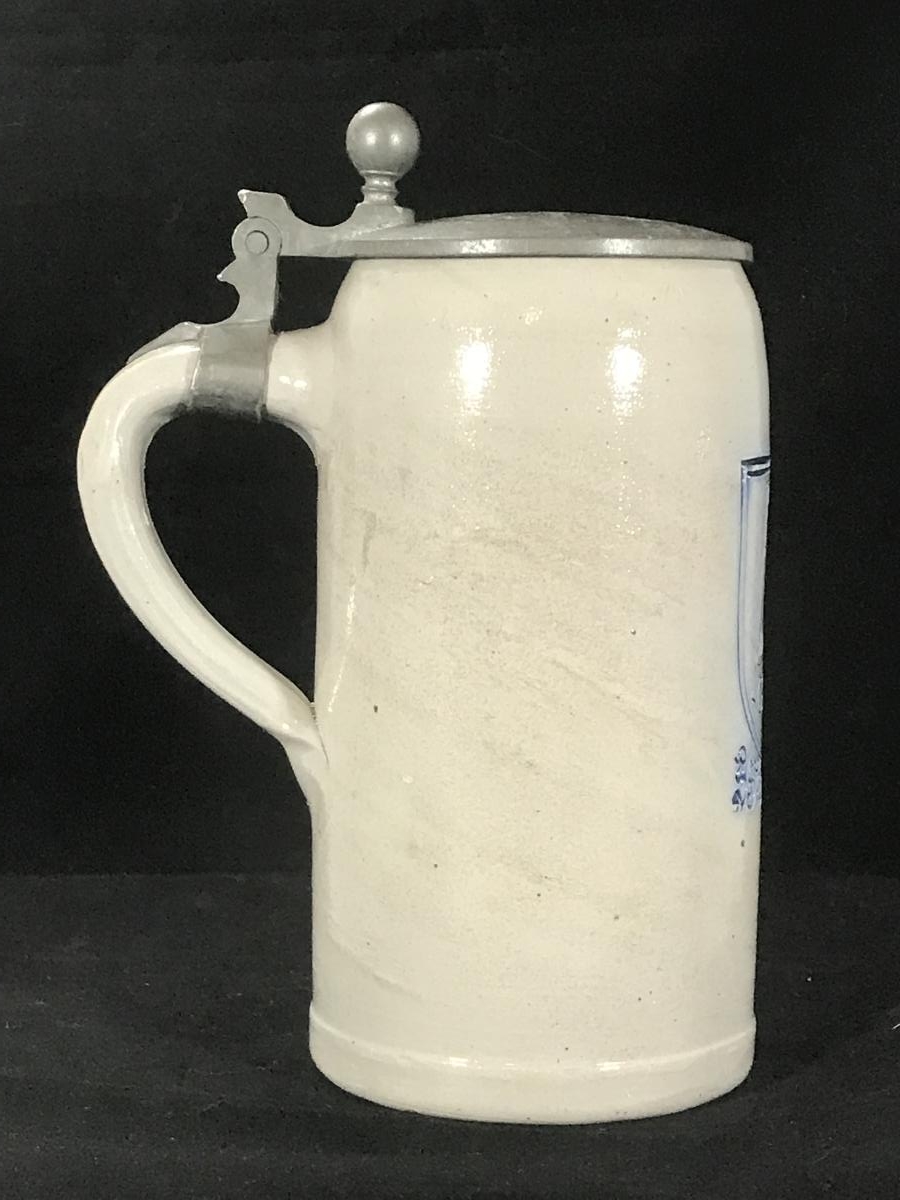 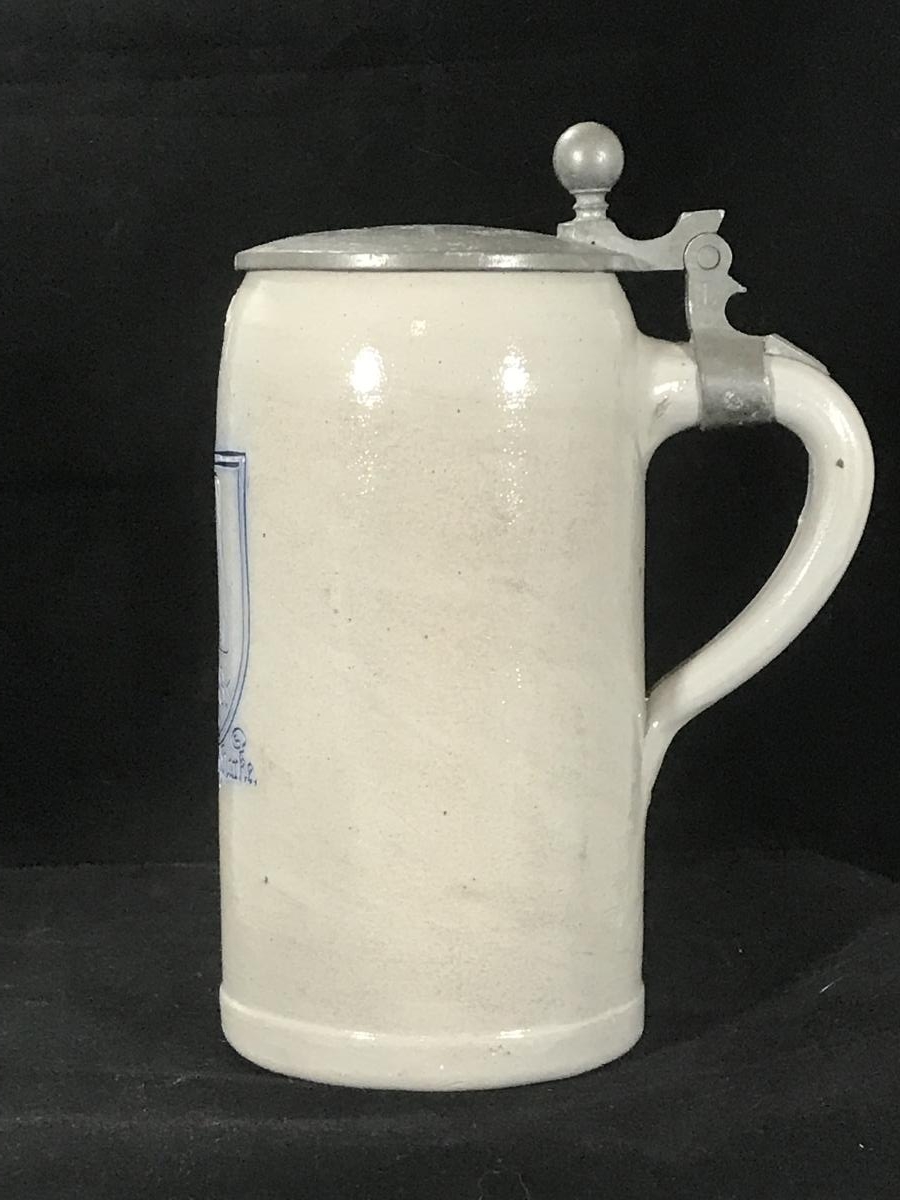 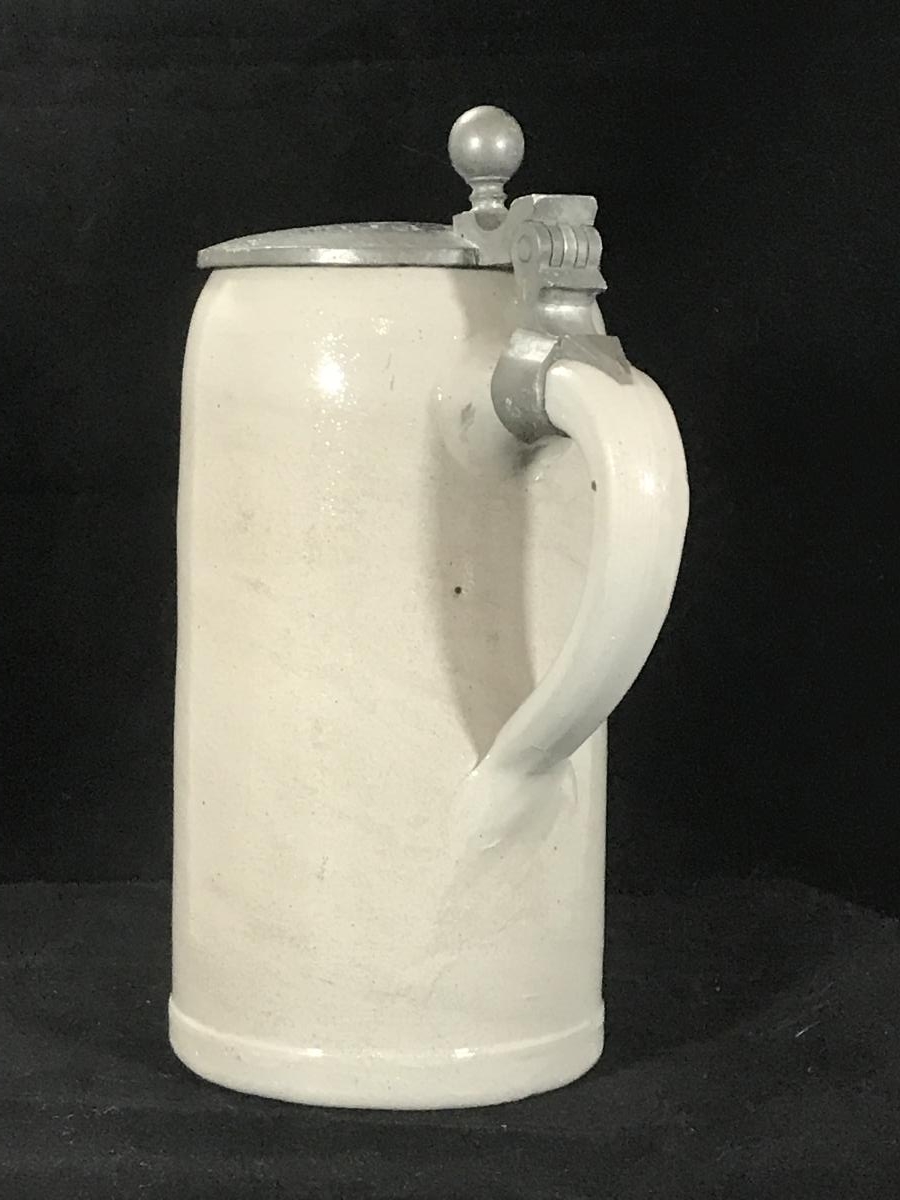 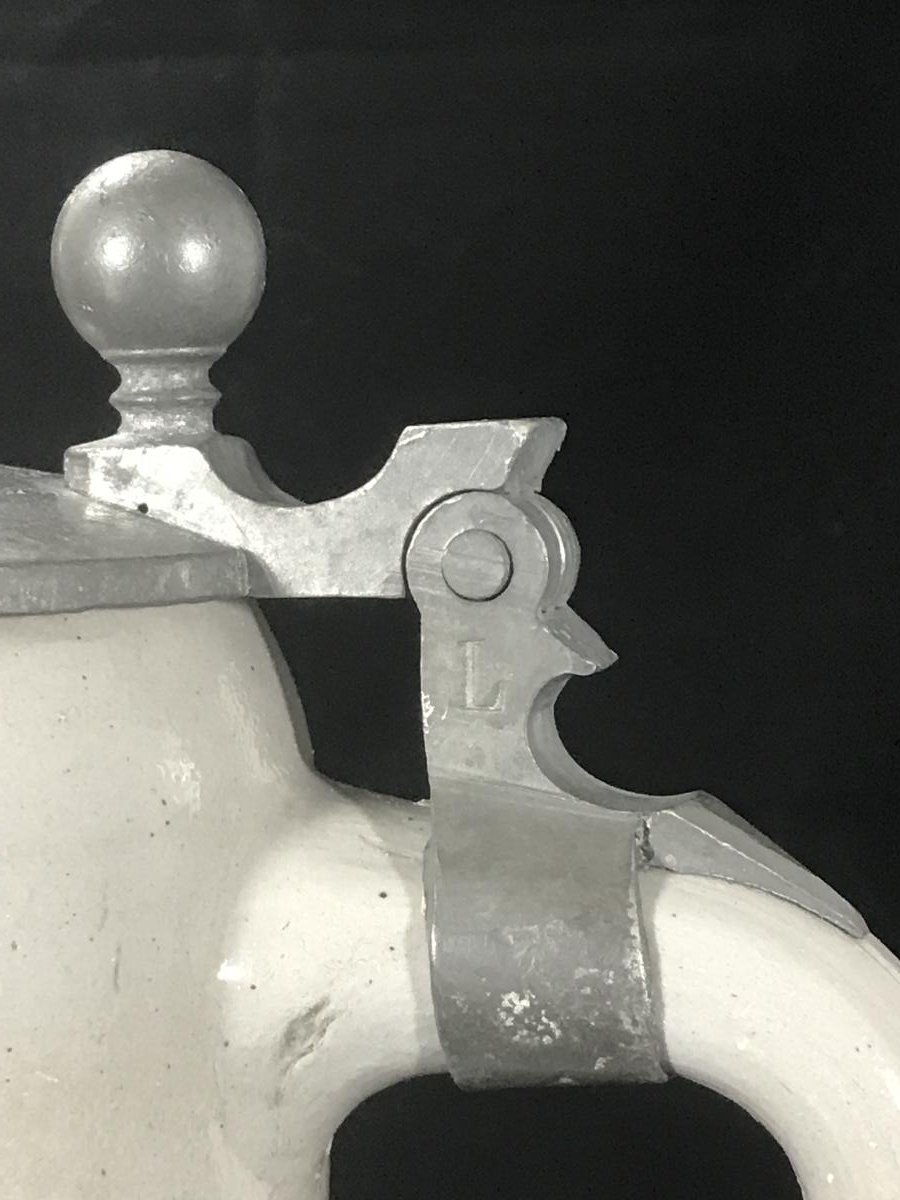 "L" on left side of shank 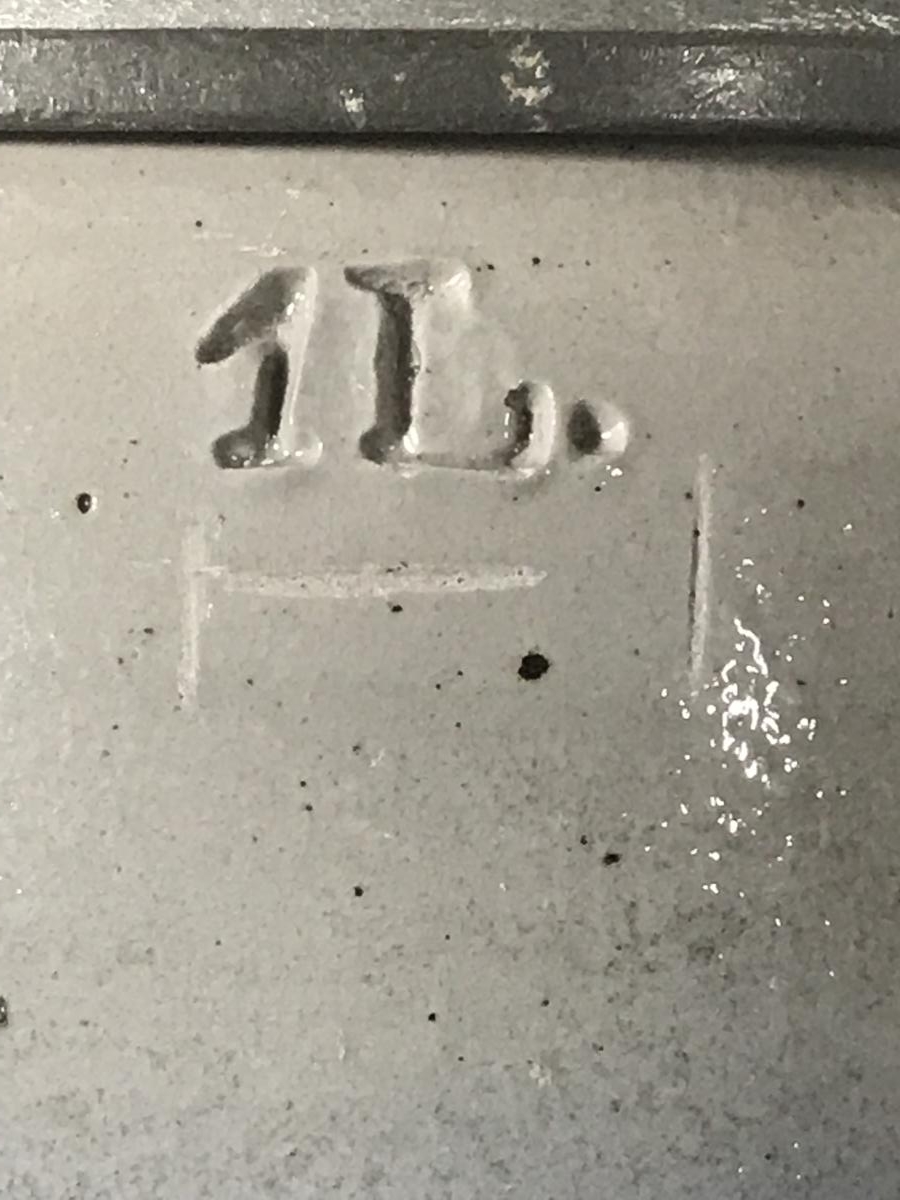 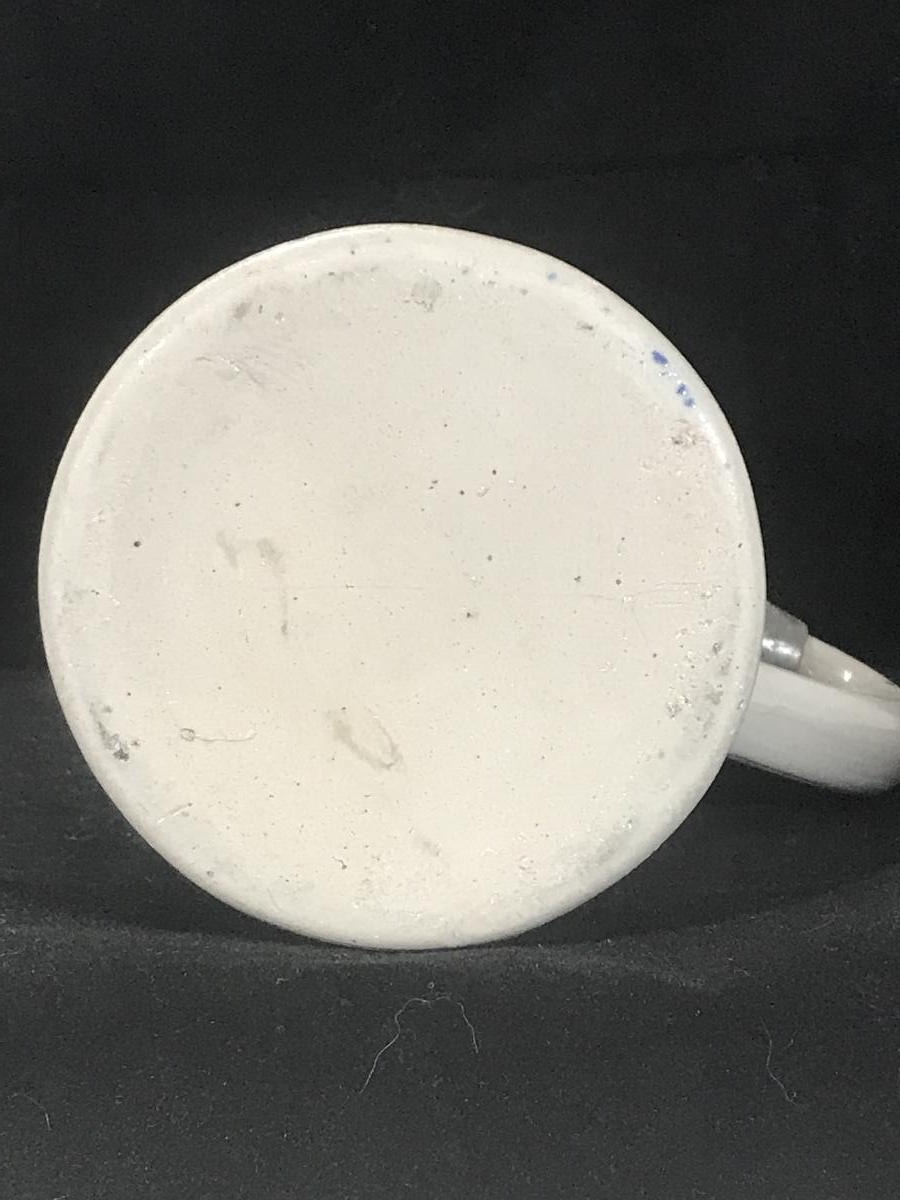 The maker of this 1-liter Spaten- Bräu stein is unknown. It has a five pin, open hinge with an impressed “L” on the left side of the hinge shank. This style of hinge had become the hinge of choice by 1895. The symbol “1L” is centered on the front of the stein and was impressed before the stein was fired. Beneath it is the fill line or “Füllstrich” which was added after firing. In 1885, the Bavarian calibration regulations changed and required drinking vessels used in commerce to be marked with the quantity of the container and a “Füllstrich, or a fill line. Manufacturers of beer mugs and steins soon discovered that when they stamped the steins with the “Füllstrich” prior to them being fired, the marks were inaccurate due to shrinkage during the firing process. Consequently, the finished products had to be remarked after firing to follow the law. To avoid this double marking, the manufacturers impressed the quantity mark (i.e., 1L), prior to firing, and added the “Füllstrich” manually after firing. By the end of the 1880s, manufacturers had over come this problem with changes in their manufacturing processes eliminating the need for manual marking of the steins. The central scene of this stein is the trademark of the Spaten- Bräu which was designed by Otto Hupp in 1884 and includes a malt spade and the initials “G.S” for Gabriel Sedlmayer. The lid also displays an impressed copy of the trademark and “Spaten-Bräu München” around it.

Item has been viewed 143 times

comment added by Roland John on 2022-06-10 (21:36 hrs)
Congratulations to your Stein in perfect condition, and thank you for the informative text, I have learned a lot. Impressive photo documentation, but I miss the picture of the lid - anyway:
Perfect Presentation!