From the collection of Randy Satterfield 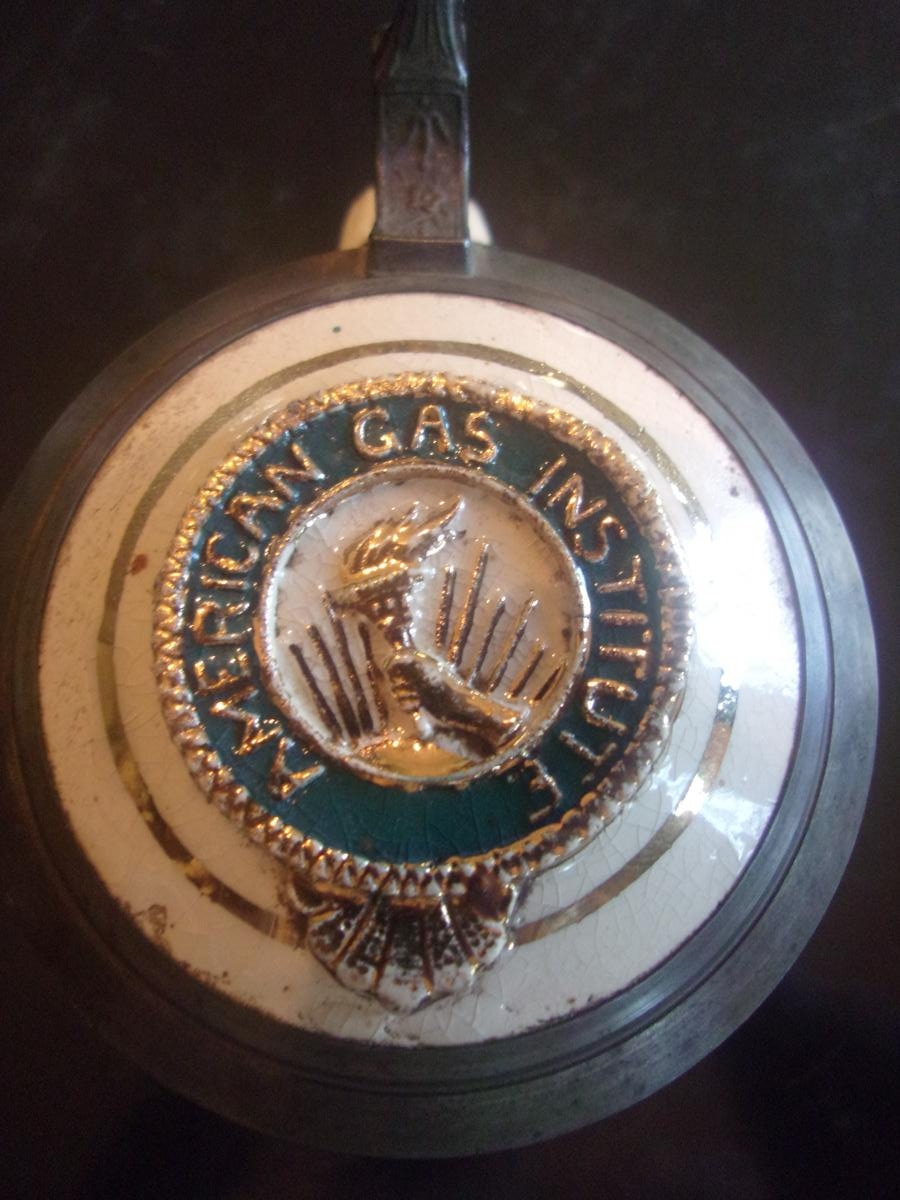 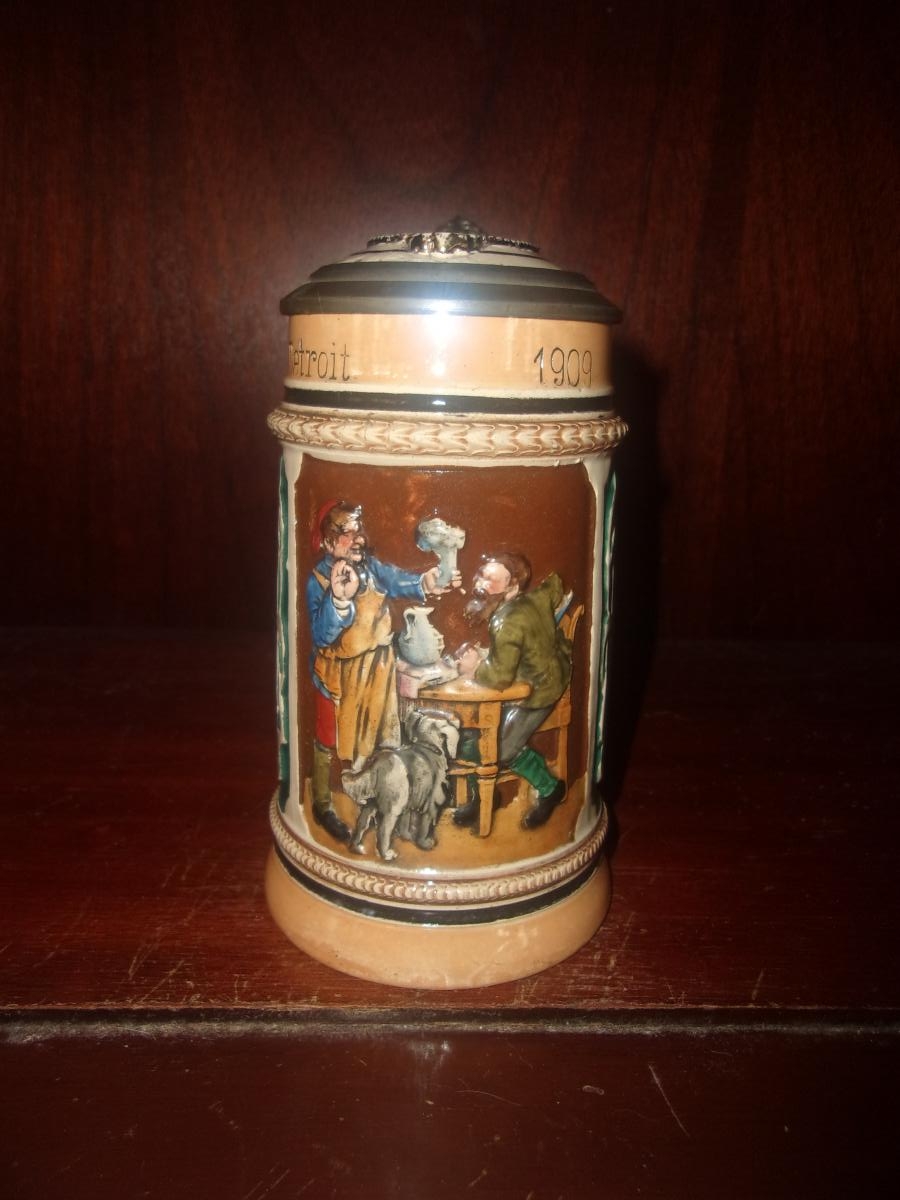 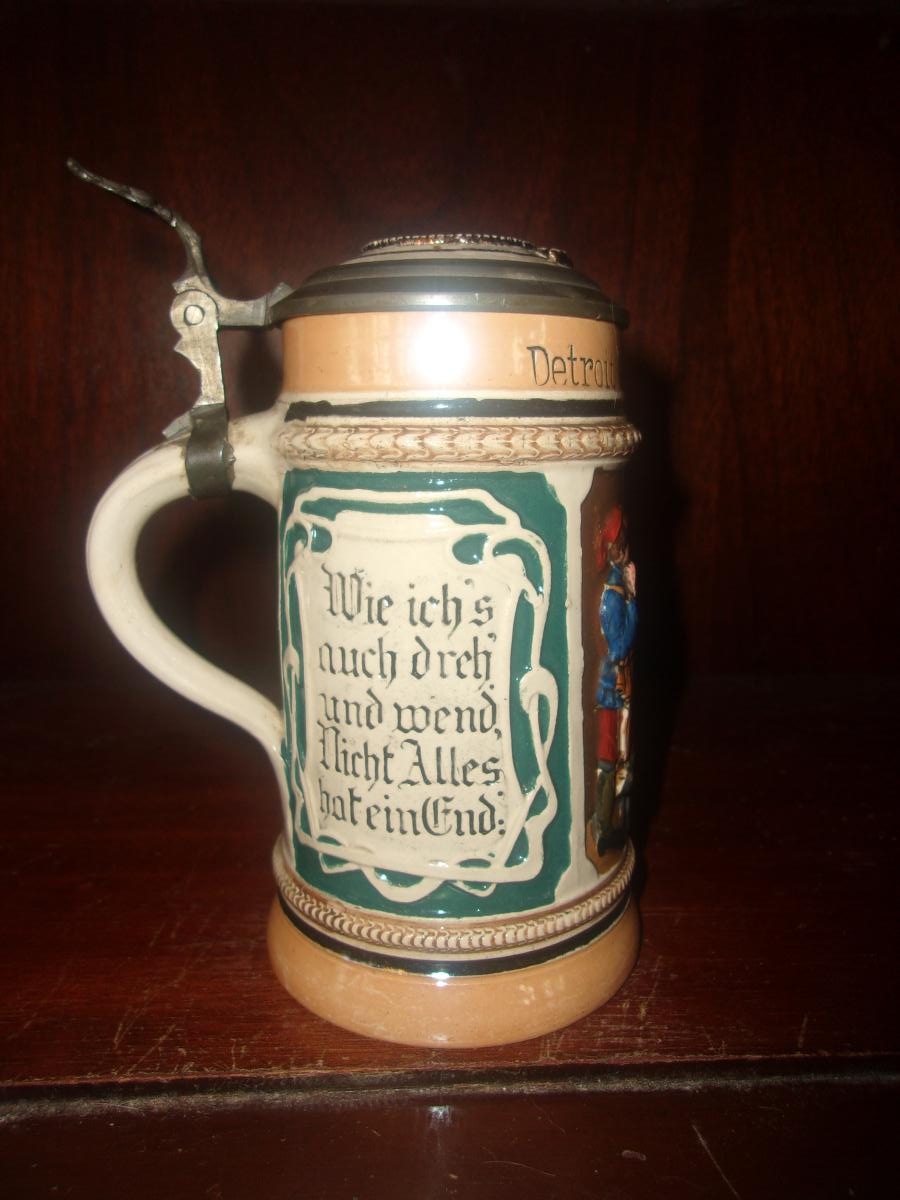 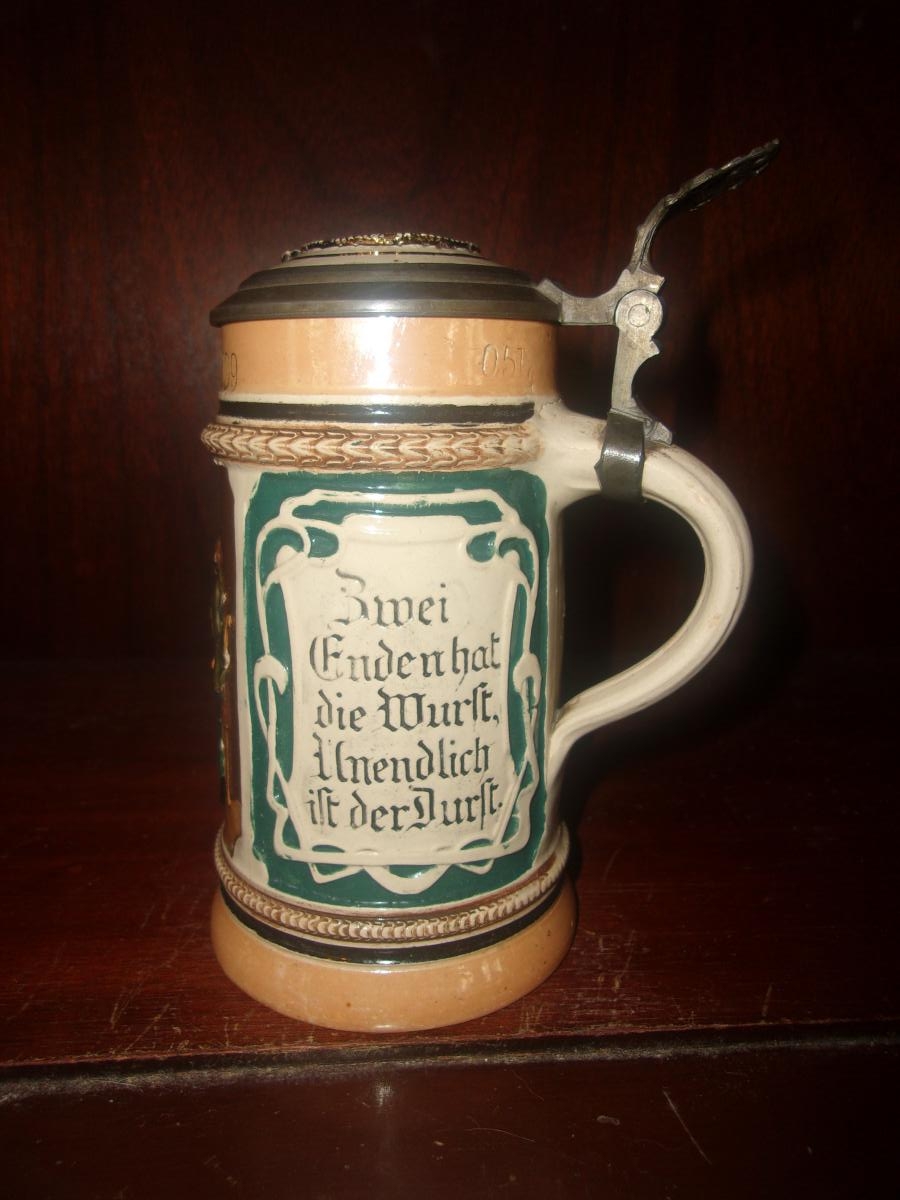 Like my previously described stein this one has an inexpensive relief stein body with Detroit 1909 inscribed below the rim and a ceramic lid insert with the American Gas Institute seal. Both have no base markings, plain handles, and so not appear in TBSL. The AGI had it's first annual convention in 1906. In 1918 it merged with the National Commercial Gas Association and became The American Gas Association.

View the collection of Randy Satterfield

Item has been viewed 30 times