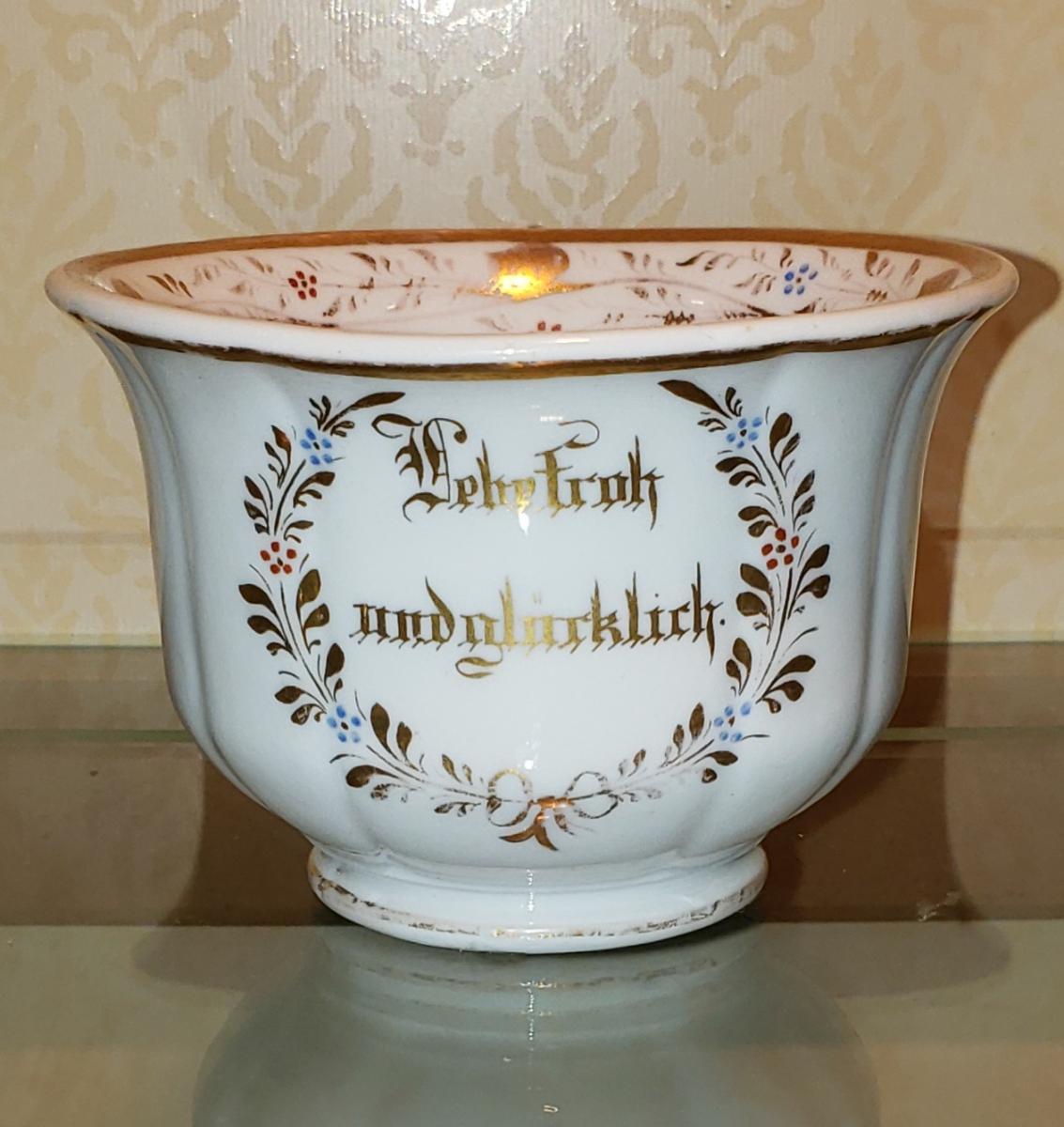 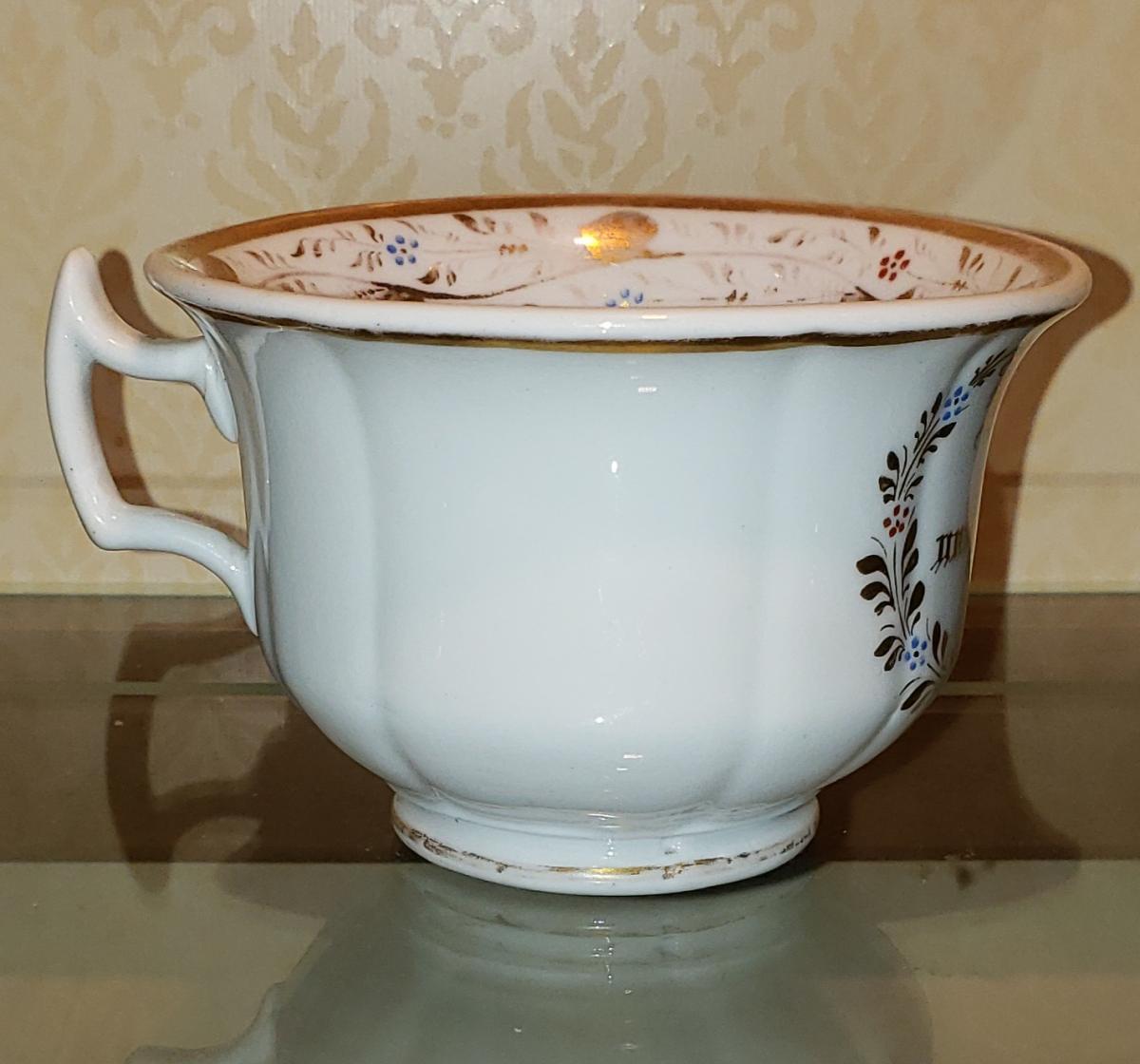 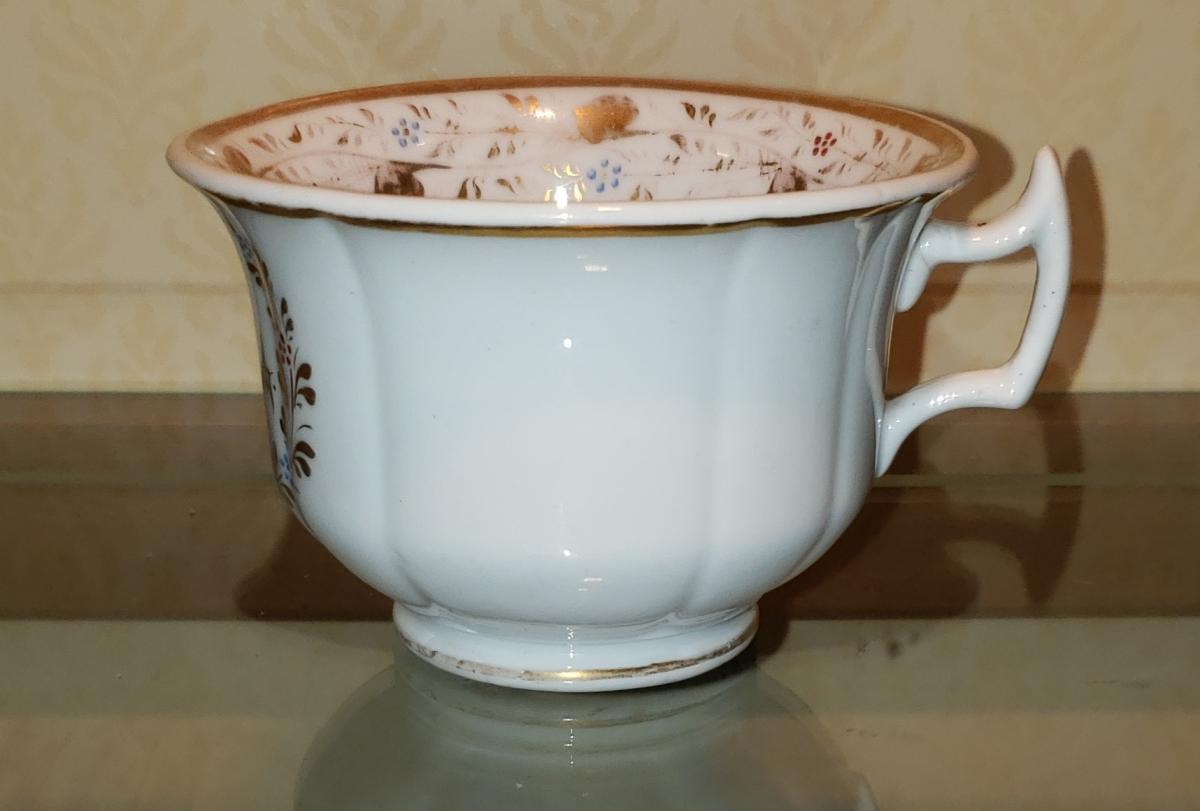 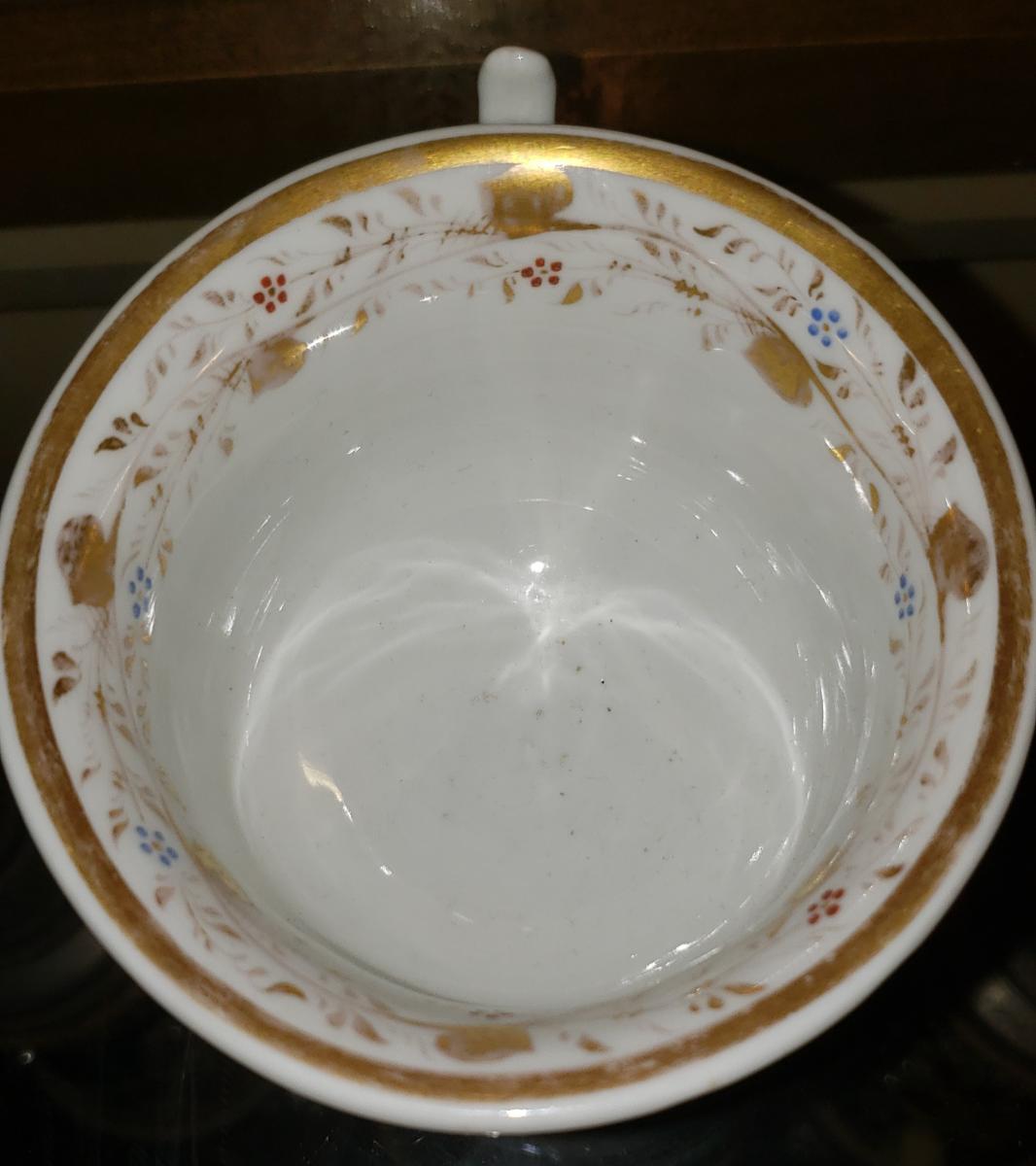 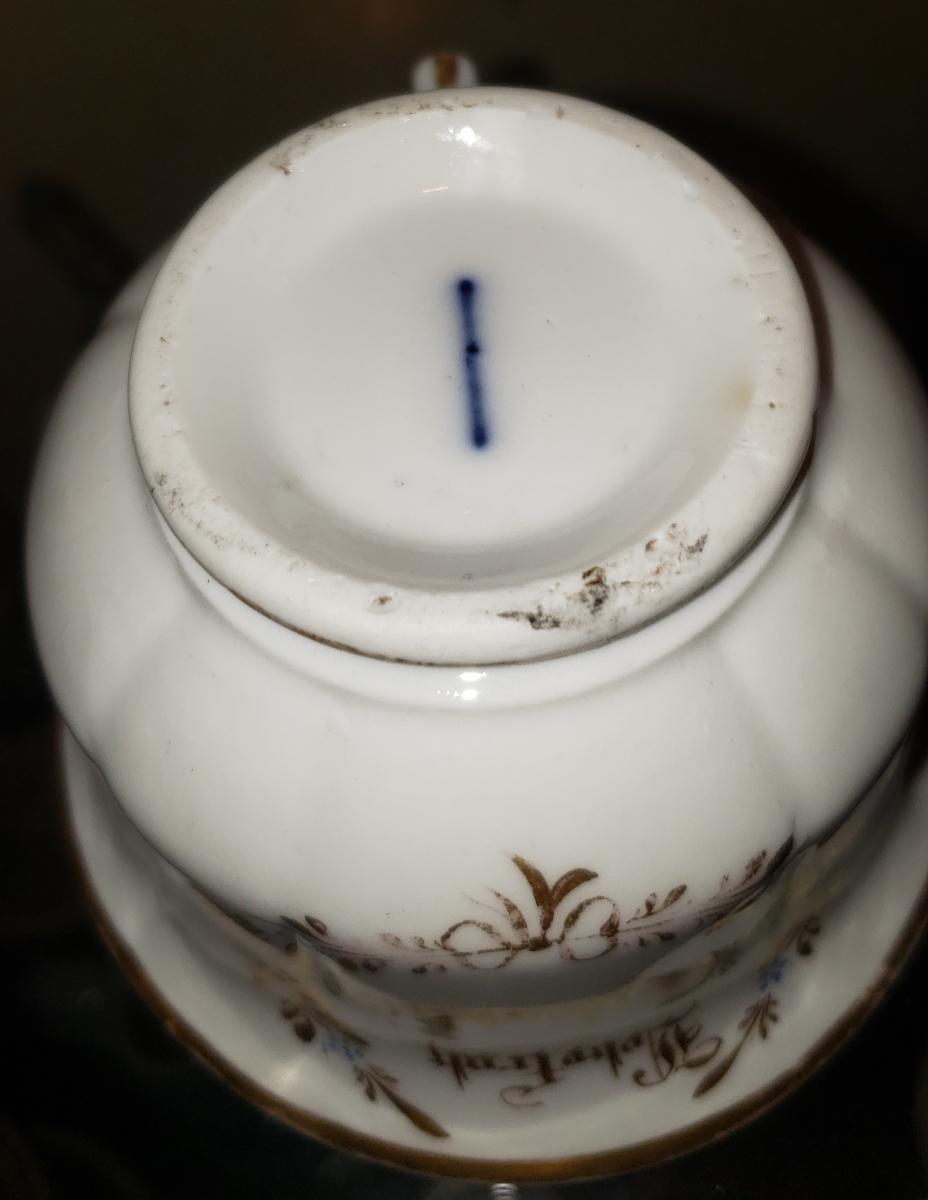 Often confused with Konigliche Porzellan-Manufaktur (KPM), Krister was a different manufacturer of porcelain wares, despite having the same initials and almost identical markings.

The mark on this cup shows what appears to be Konigliche's distinctive scepter....But due to the somewhat inferior quality of design to that of Konigliche's, this cup was more than likely manufactured by Krister.

This mark used was one of their earlier ones, which dates this cup to around the 1830's.

The message on this cup roughly translates to, "Live glad and happy."

Item has been viewed 16 times