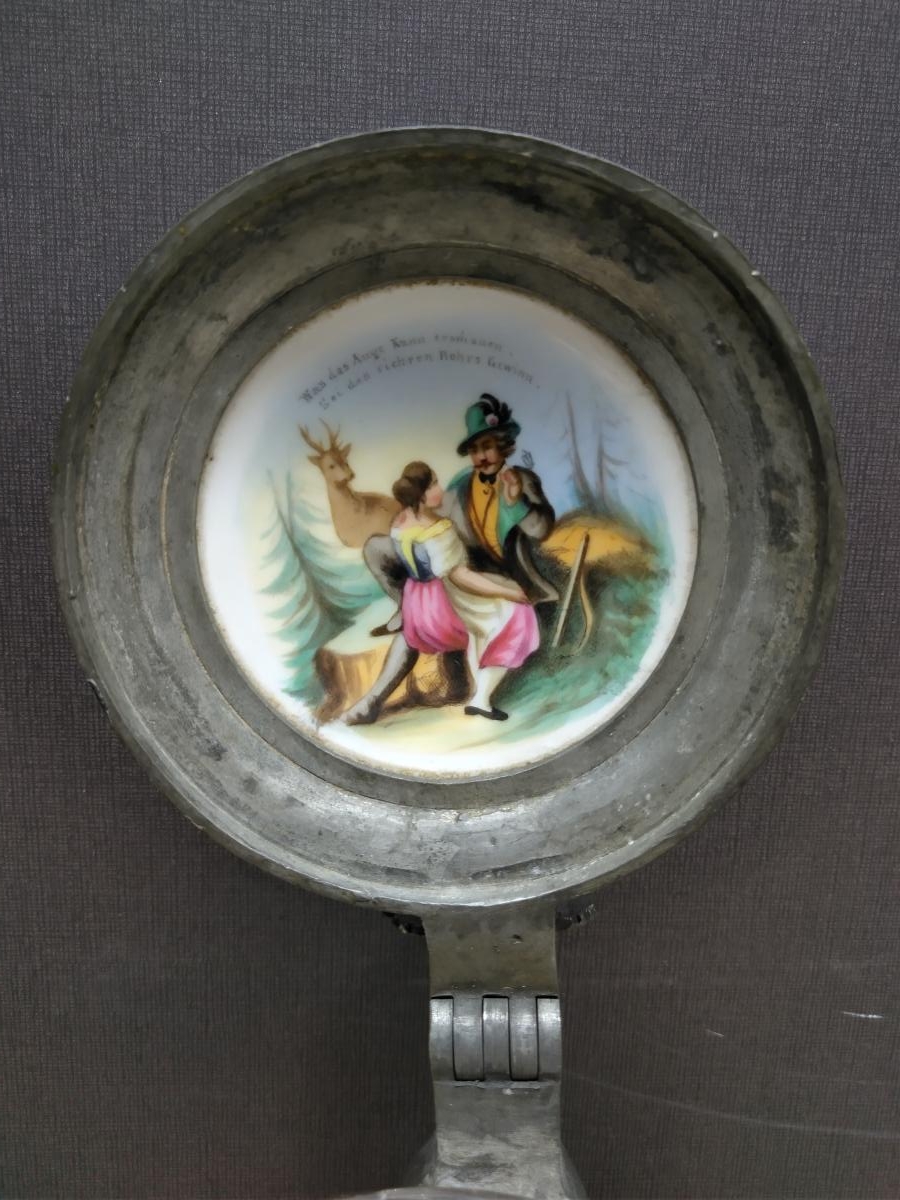 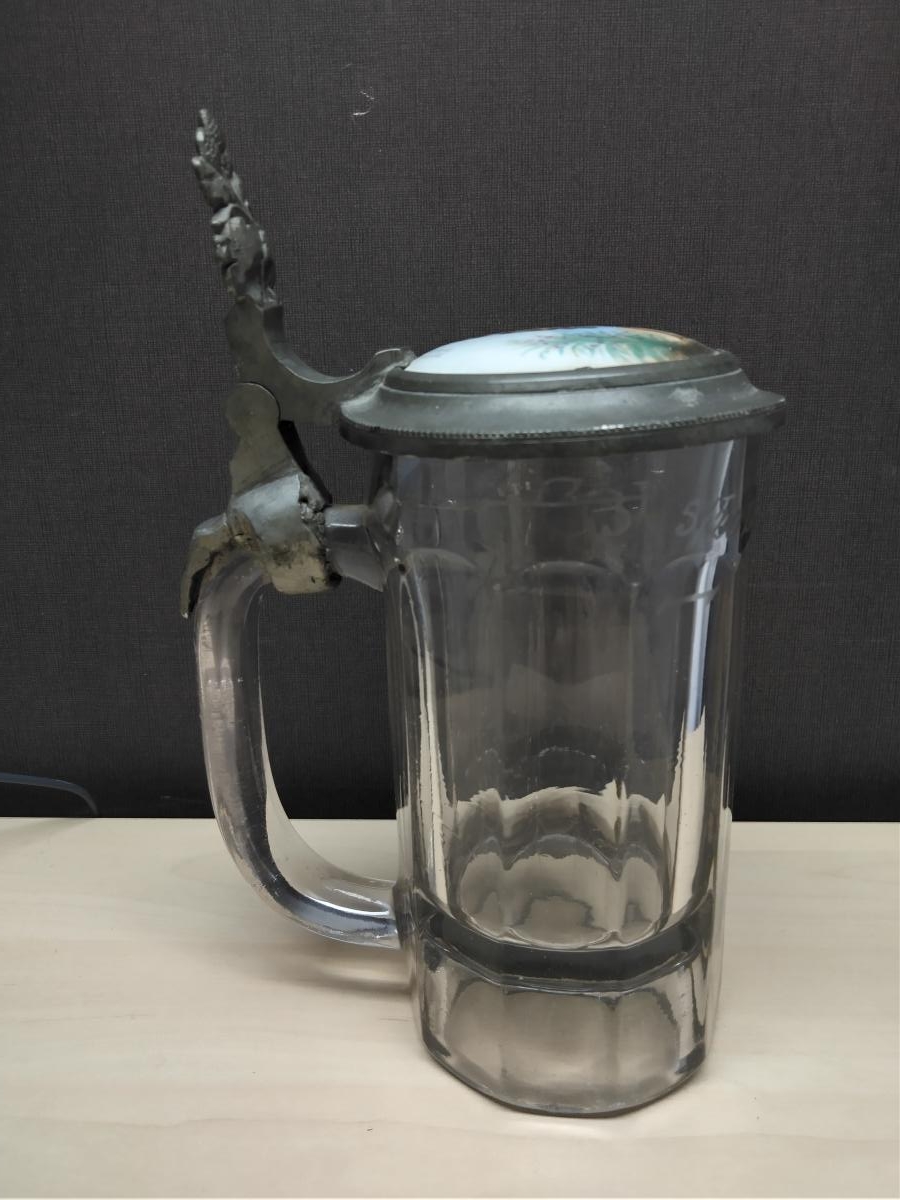 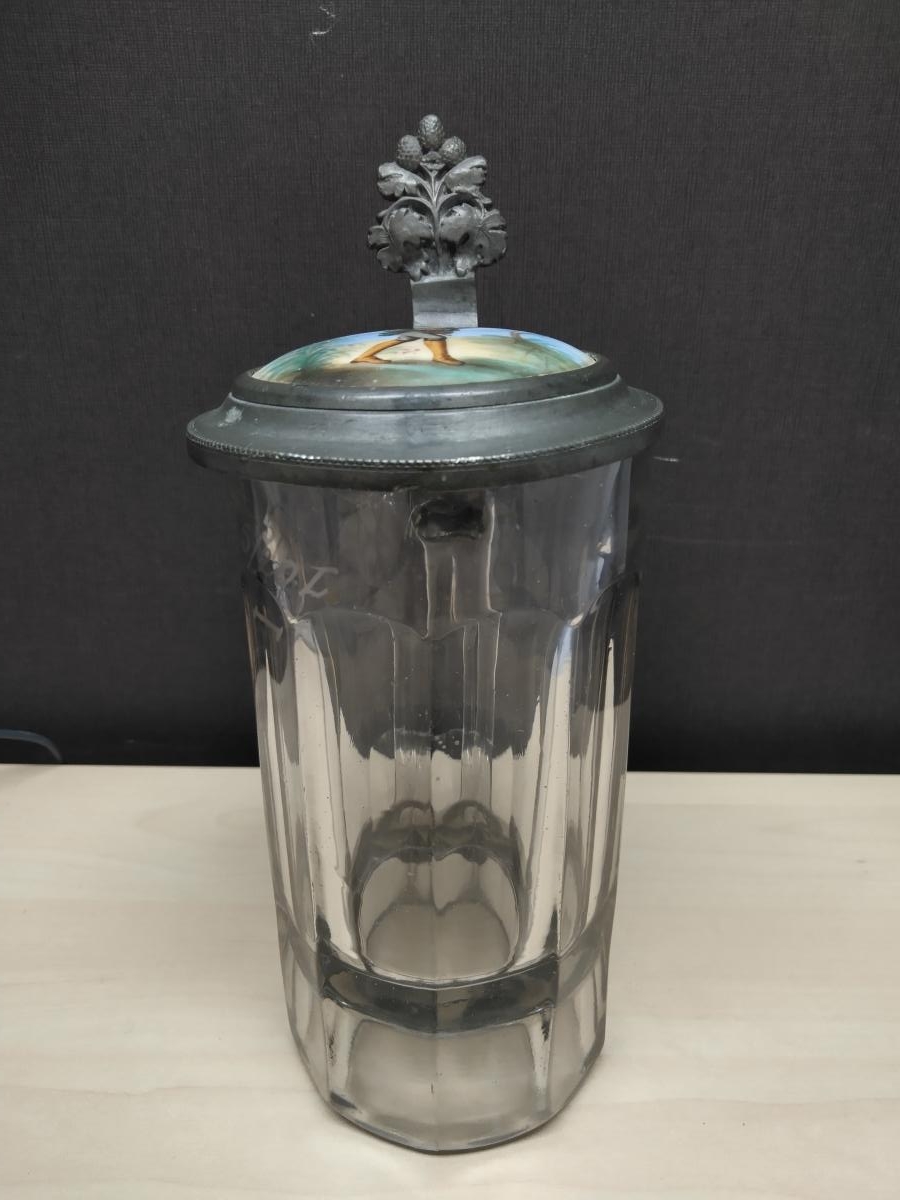 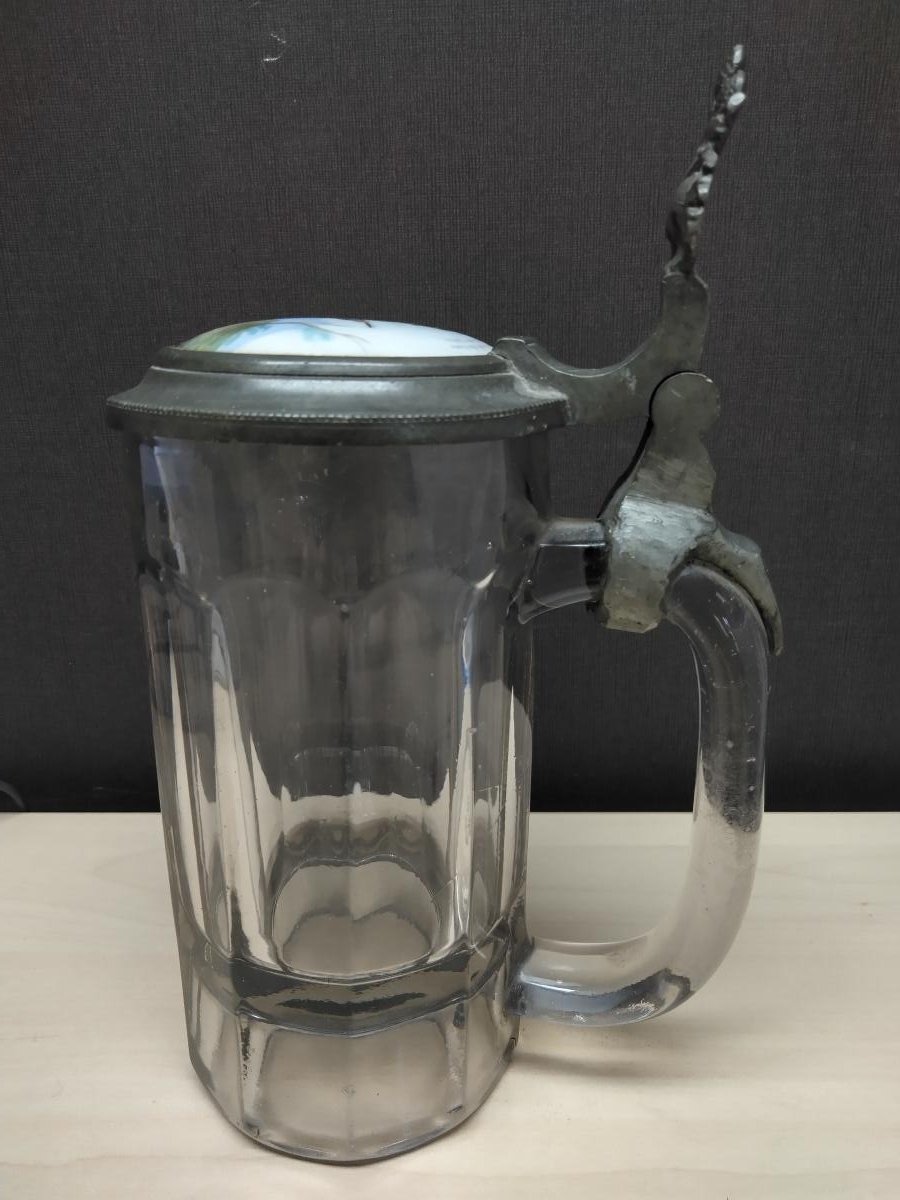 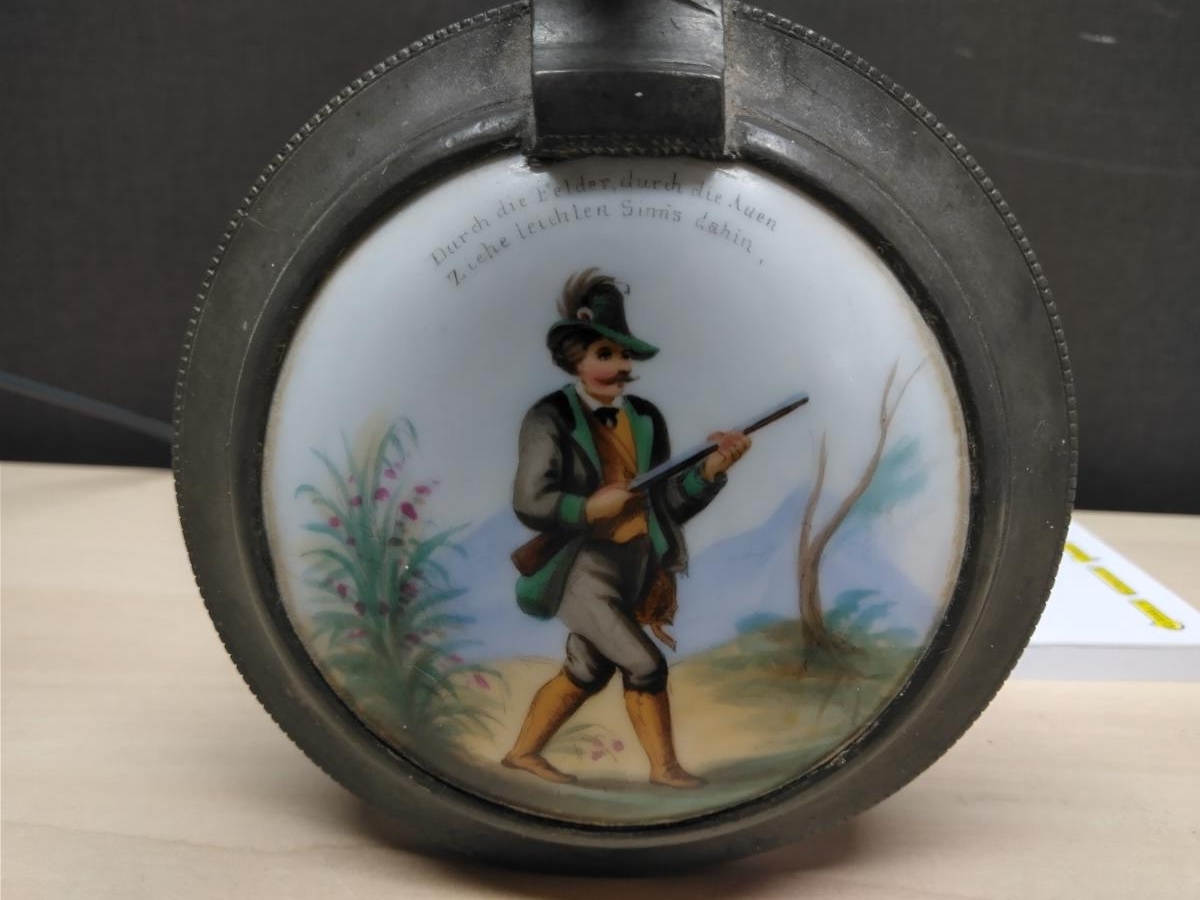 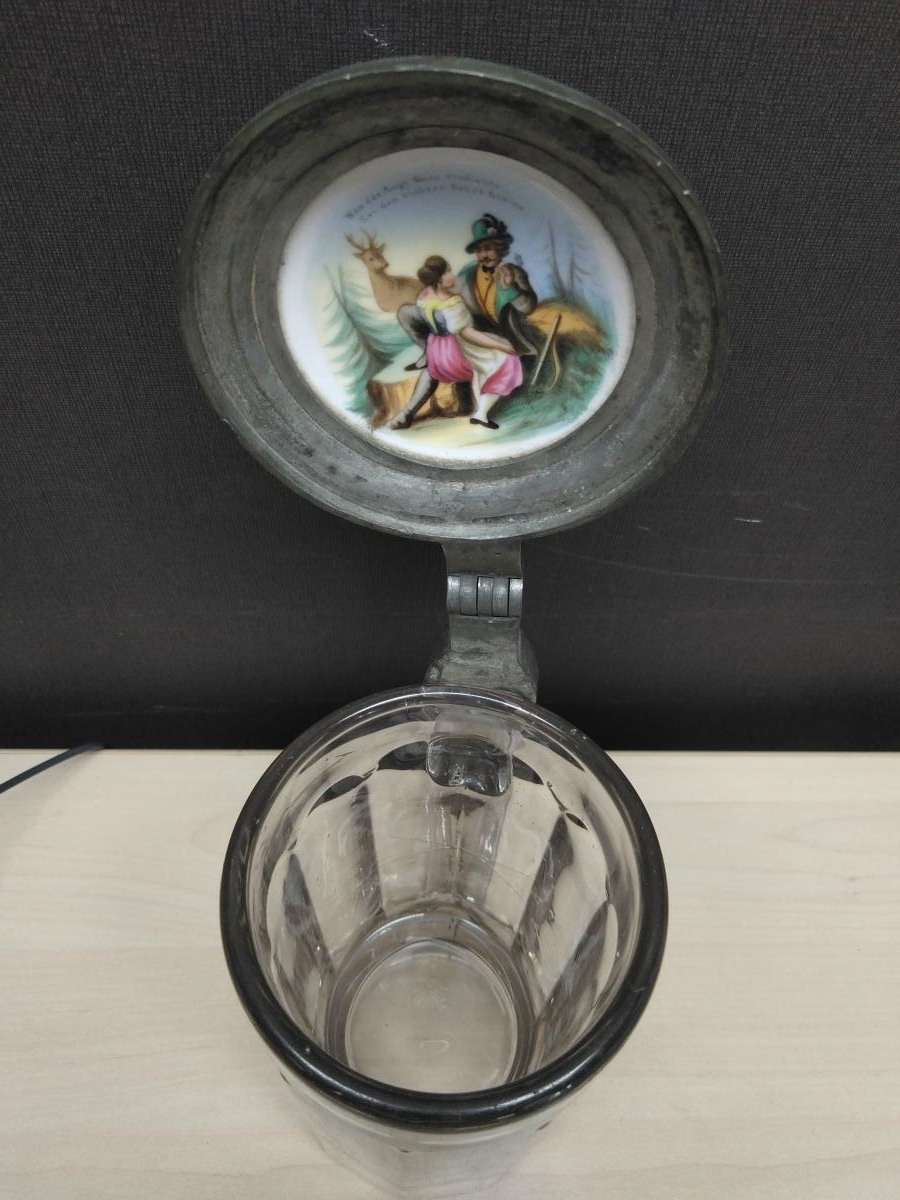 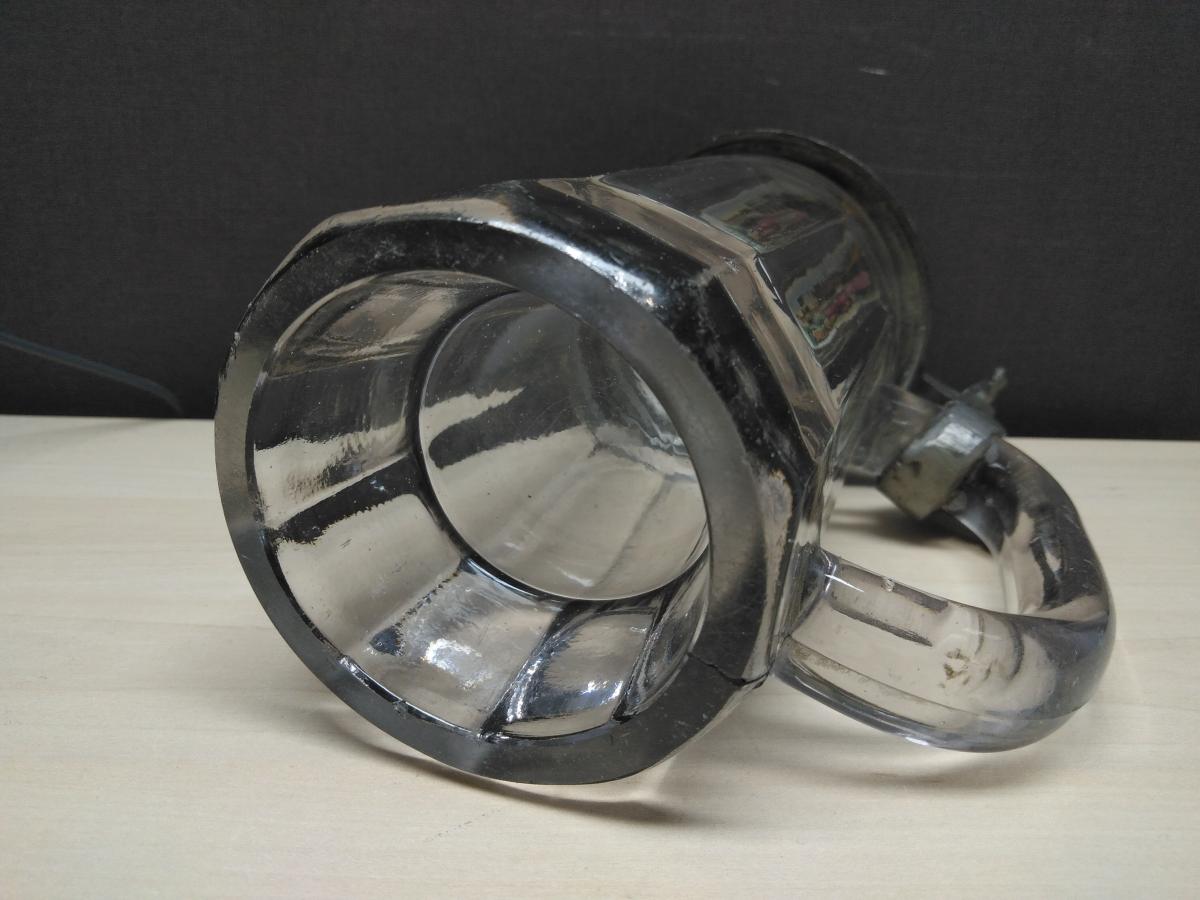 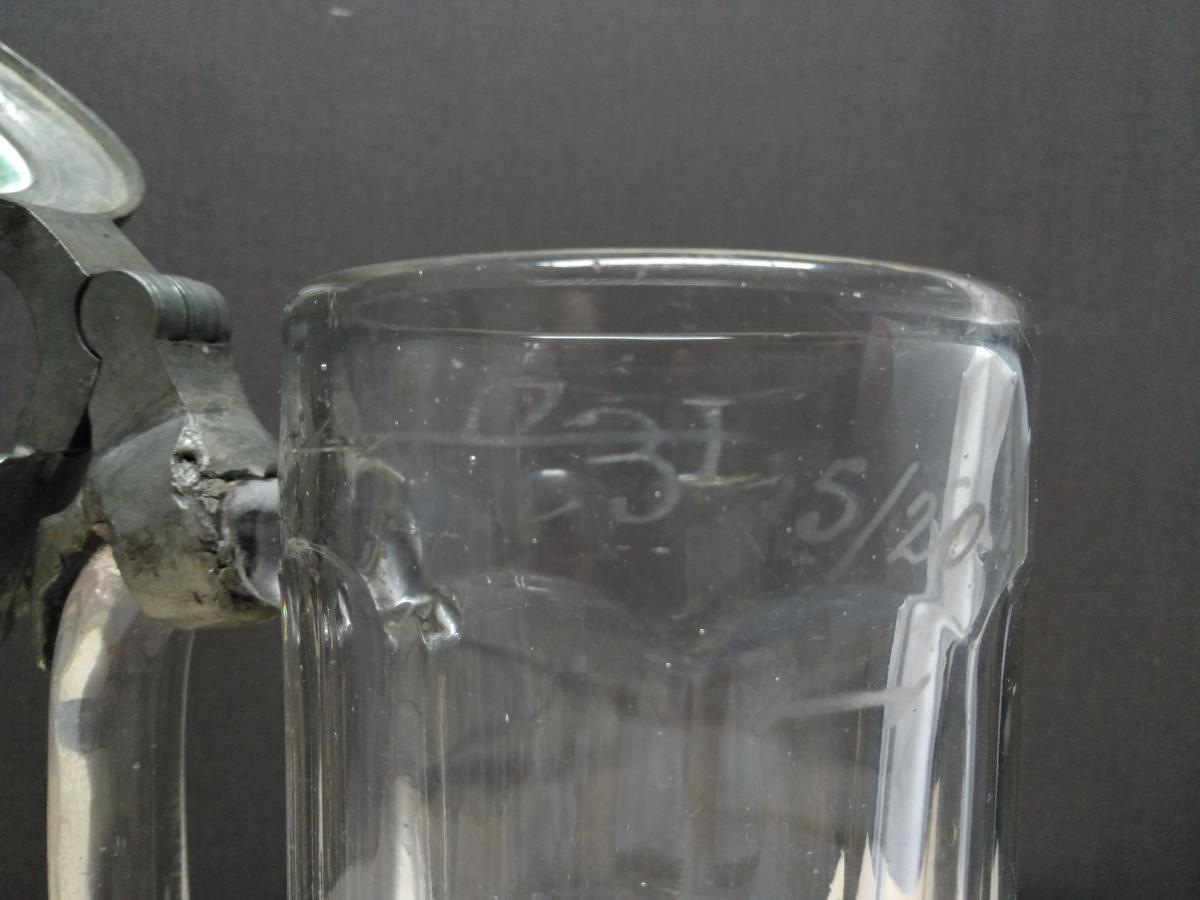 This glass stein has two quirky features. First of all the porcelain inlayed lid has painted decorations on both sides, so not just on the top, but also on the reverse side, visible when the lid is opened.
The decoration on the top shows a hunter, looking for his prey. A phrase reads "Durch die Felder, durch die Auen, ziehe leichten Sinn's dahin".
The decoration on the reverse side however, shows that same hunter, but this time a pretty dirnd'l is sitting on his lap. "Was das Auge kan erschauen, sei des sichren Rohrs Gewinn."
(The phrases are most likely derived from Act I of the German opera Der Freischütz by Carl Maria von Weber. [link] ).

Note: it looks that this glass and the lid were not originally together. The lid seems crudely attached to the glass, so I assume it was replaced at some point.

Item has been viewed 45 times