From the collection of Joachim Niemoller 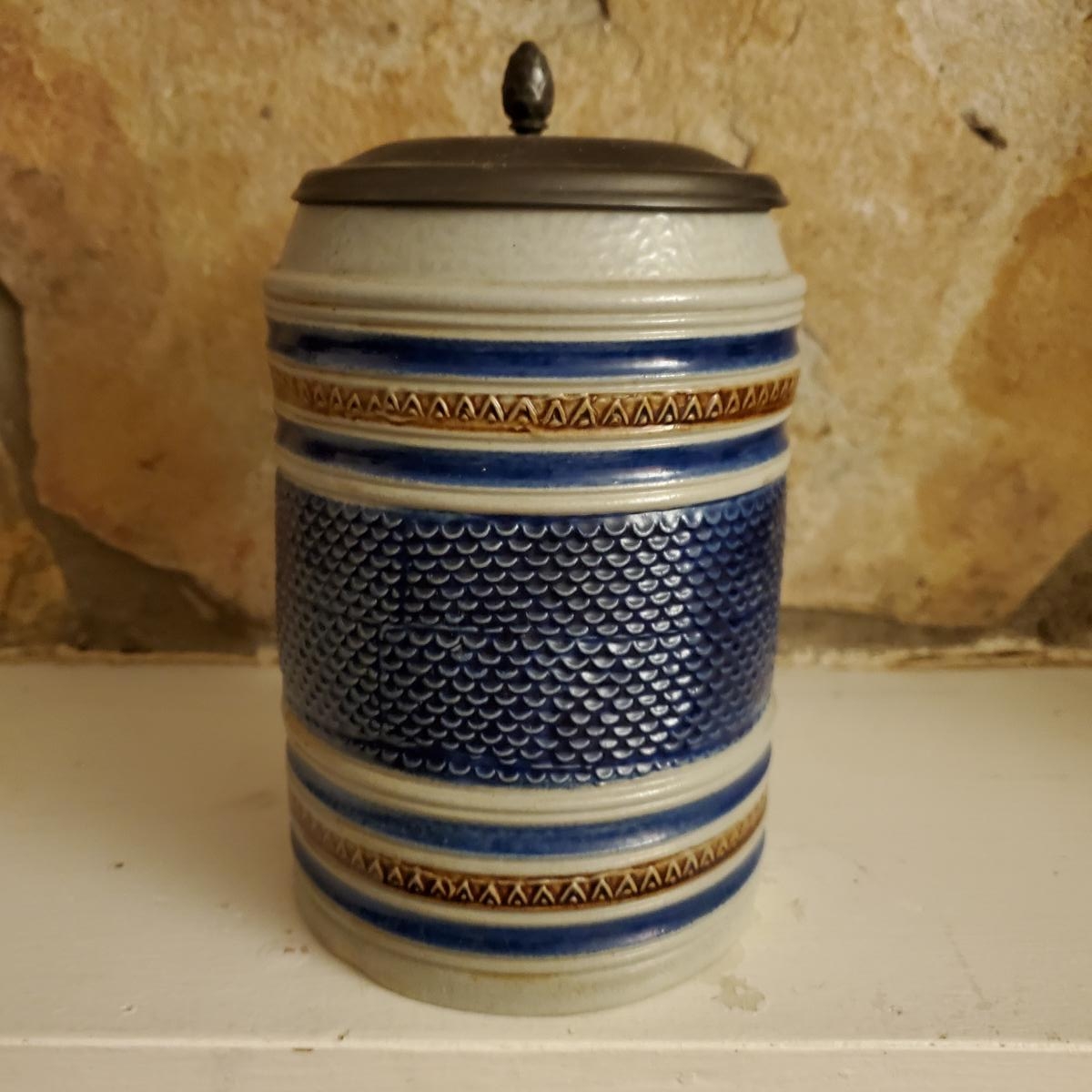 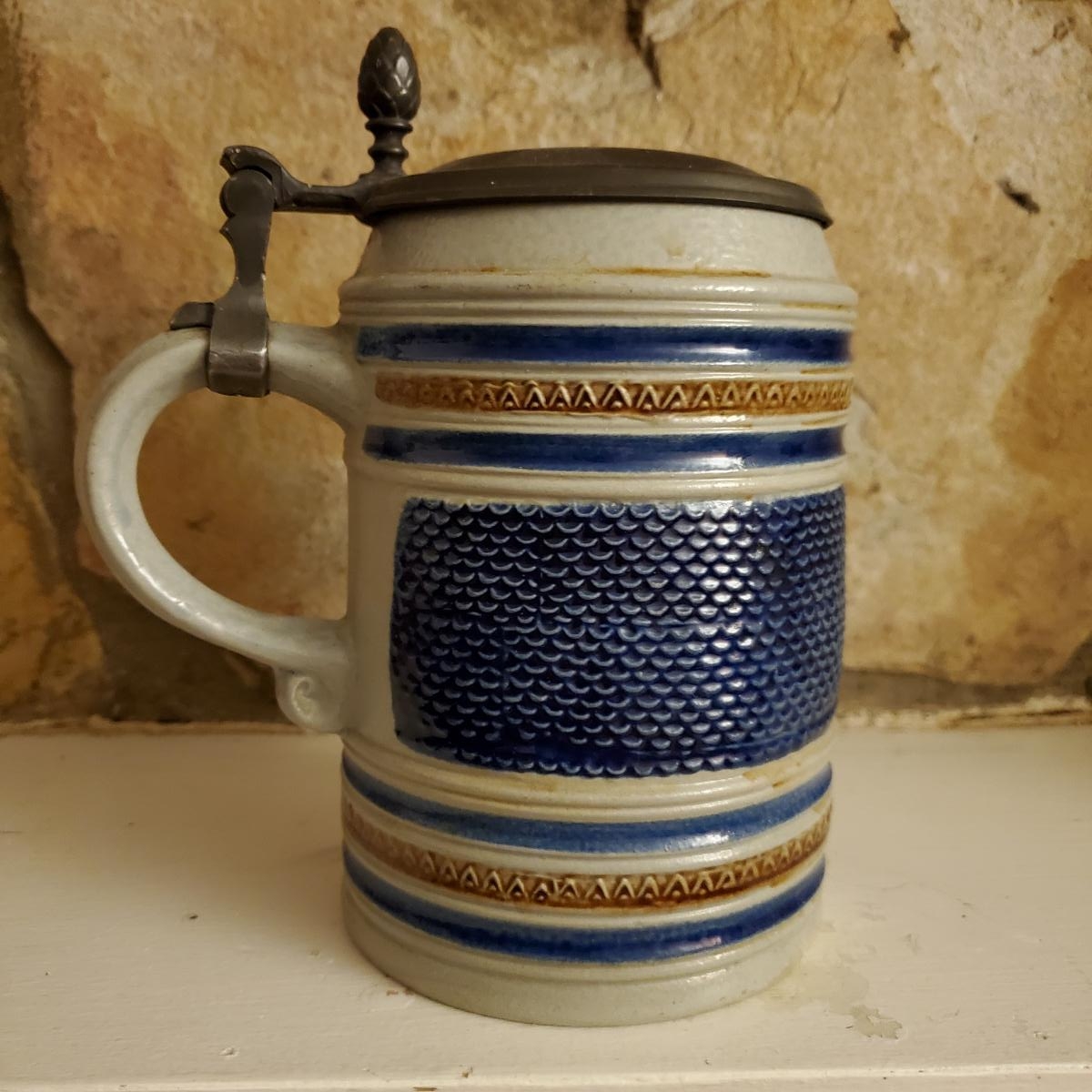 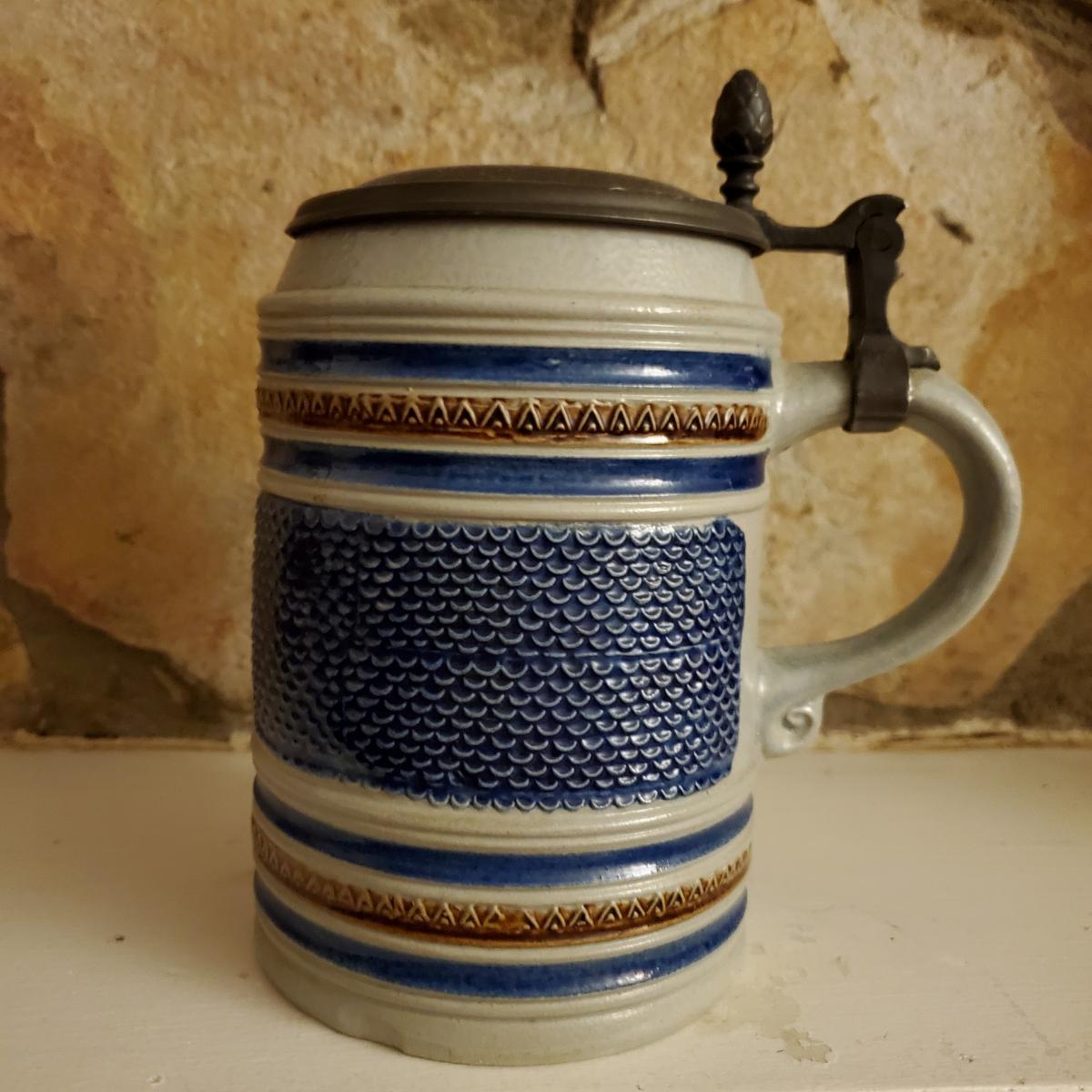 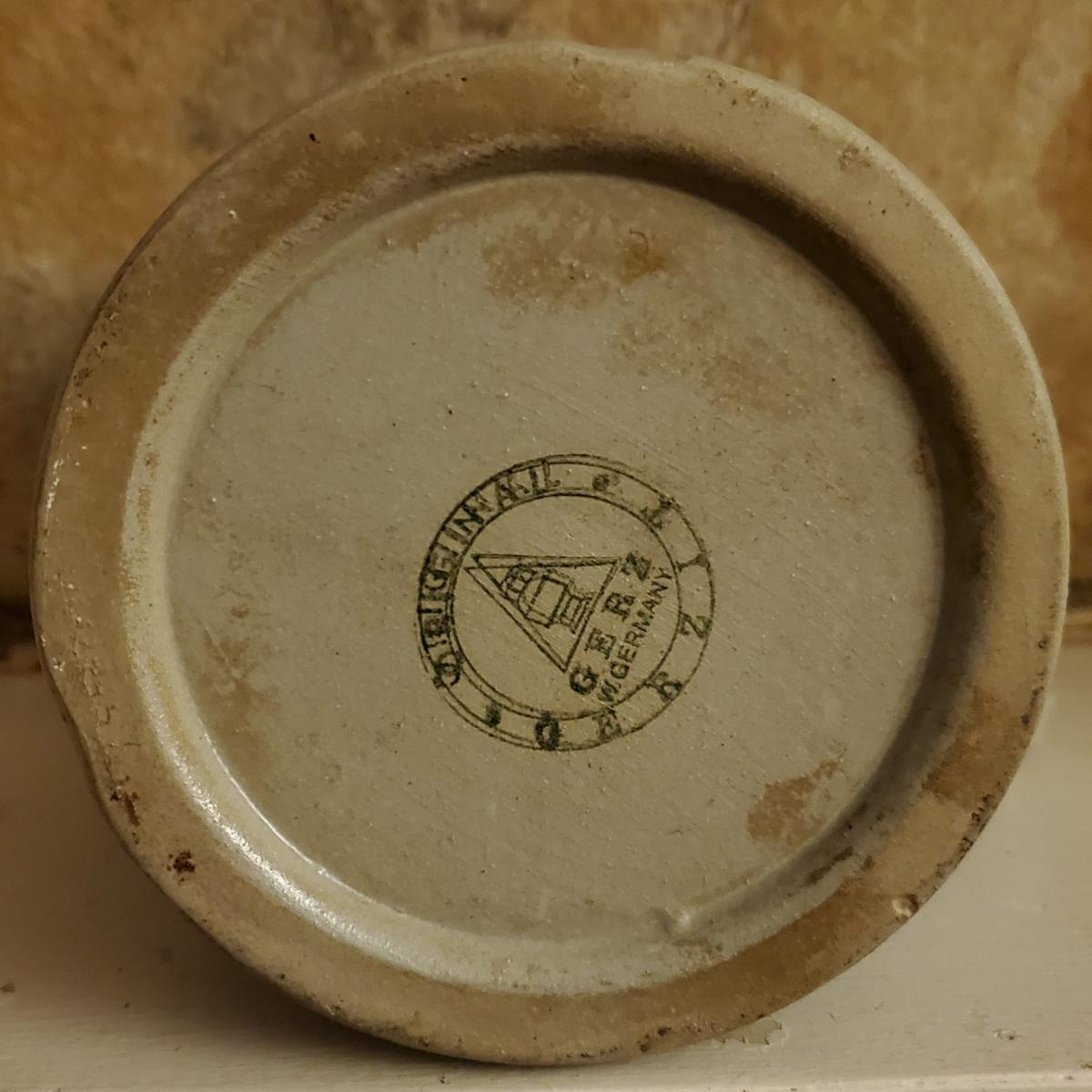 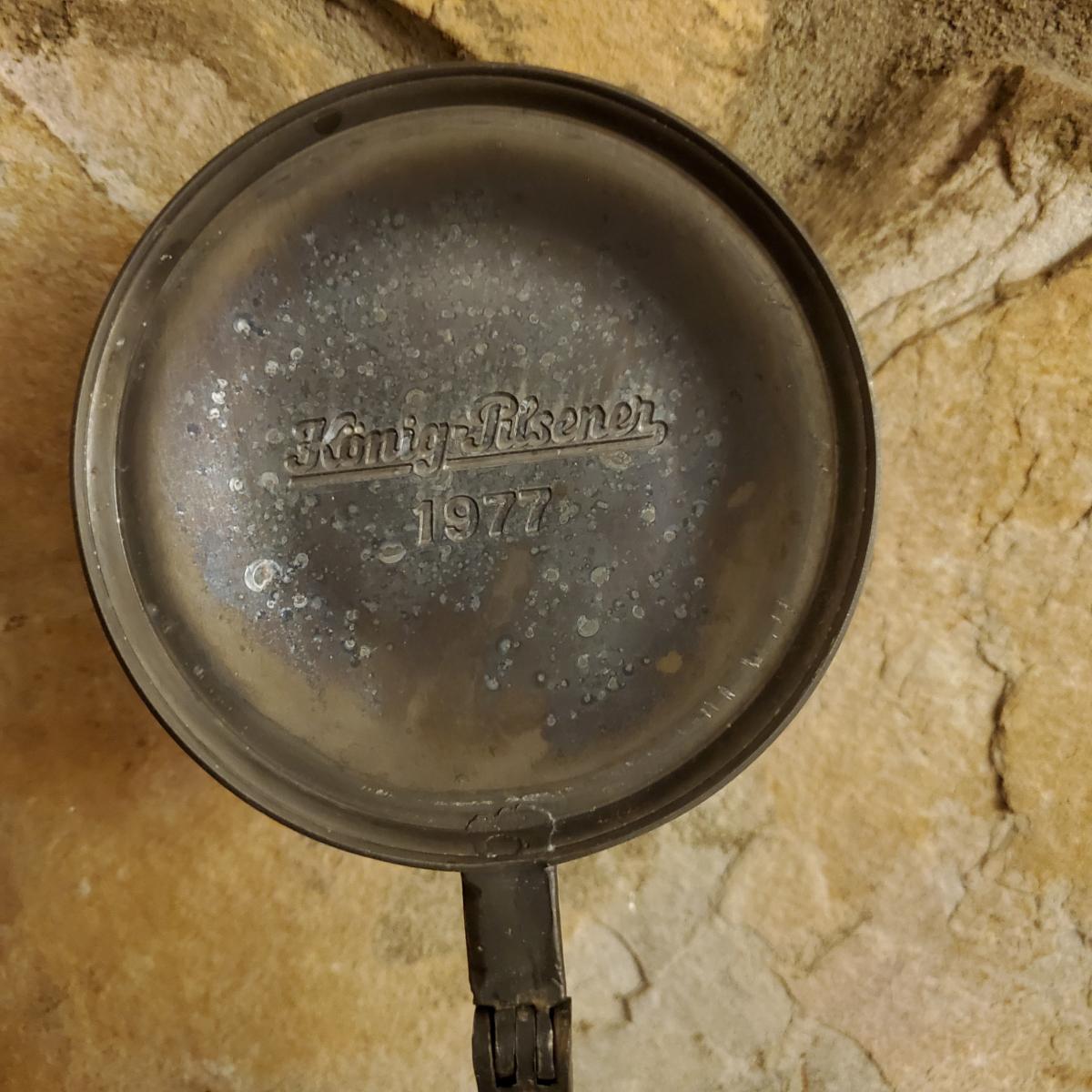 Replica of a westerwald stein dating to early 18th century. This was released under the Koenig Pilsener name as their yearly stein using the same molds as the Gerz Limitaet 1975 release, but this has a completely different lid featuring a hops bud as a finial instead of the orb on the Limitaet version. I also have one from the Gerz general catalog, released with no lid.

This is one of the first two reproductions I found. Before finding these at a flea market in Versmold, Germany, I did not know of the large reproduction market. These two kicked off my collection, eventually leading to my first real artifact in 2021.

View the collection of Joachim Niemoller

Item has been viewed 146 times