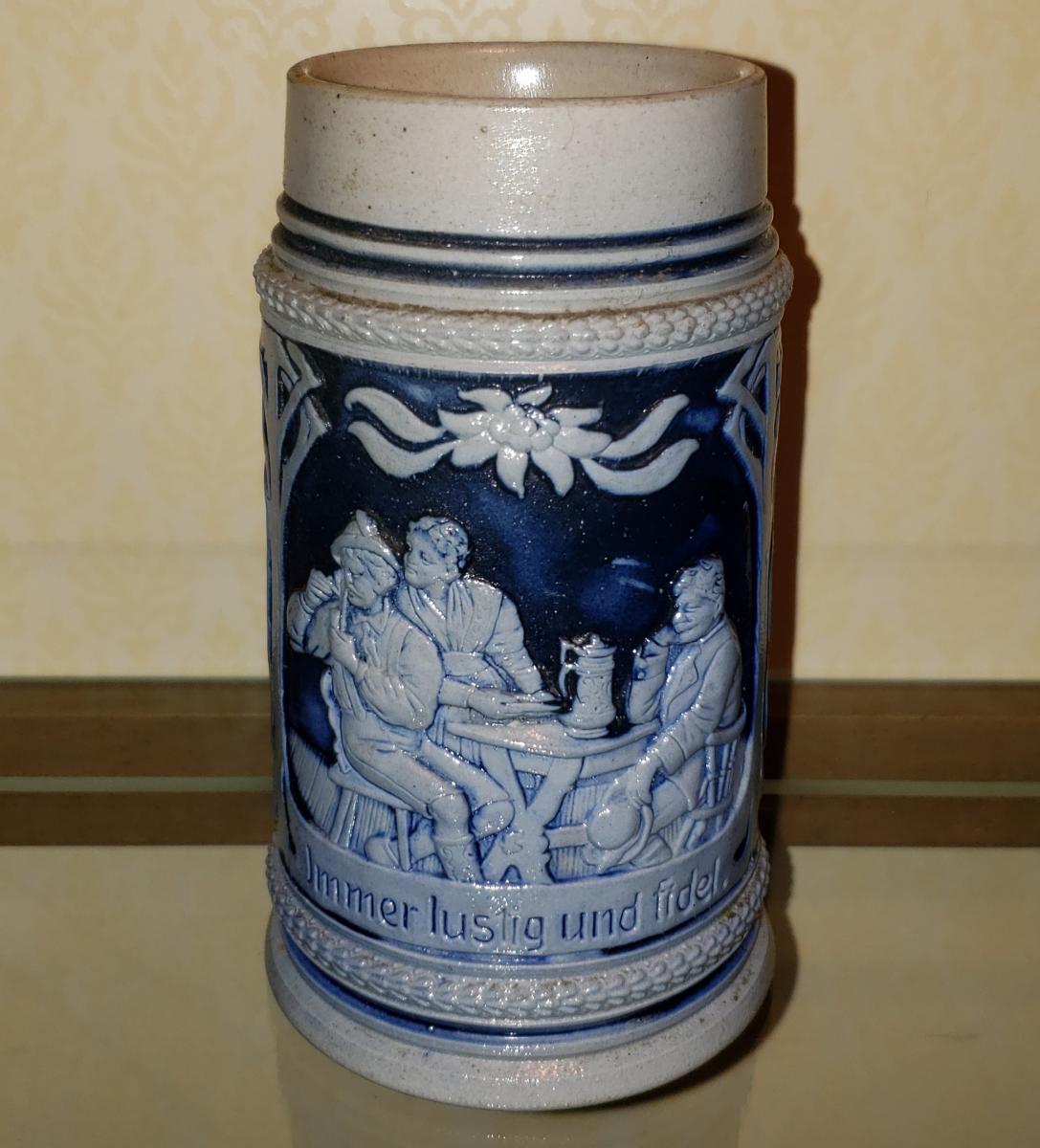 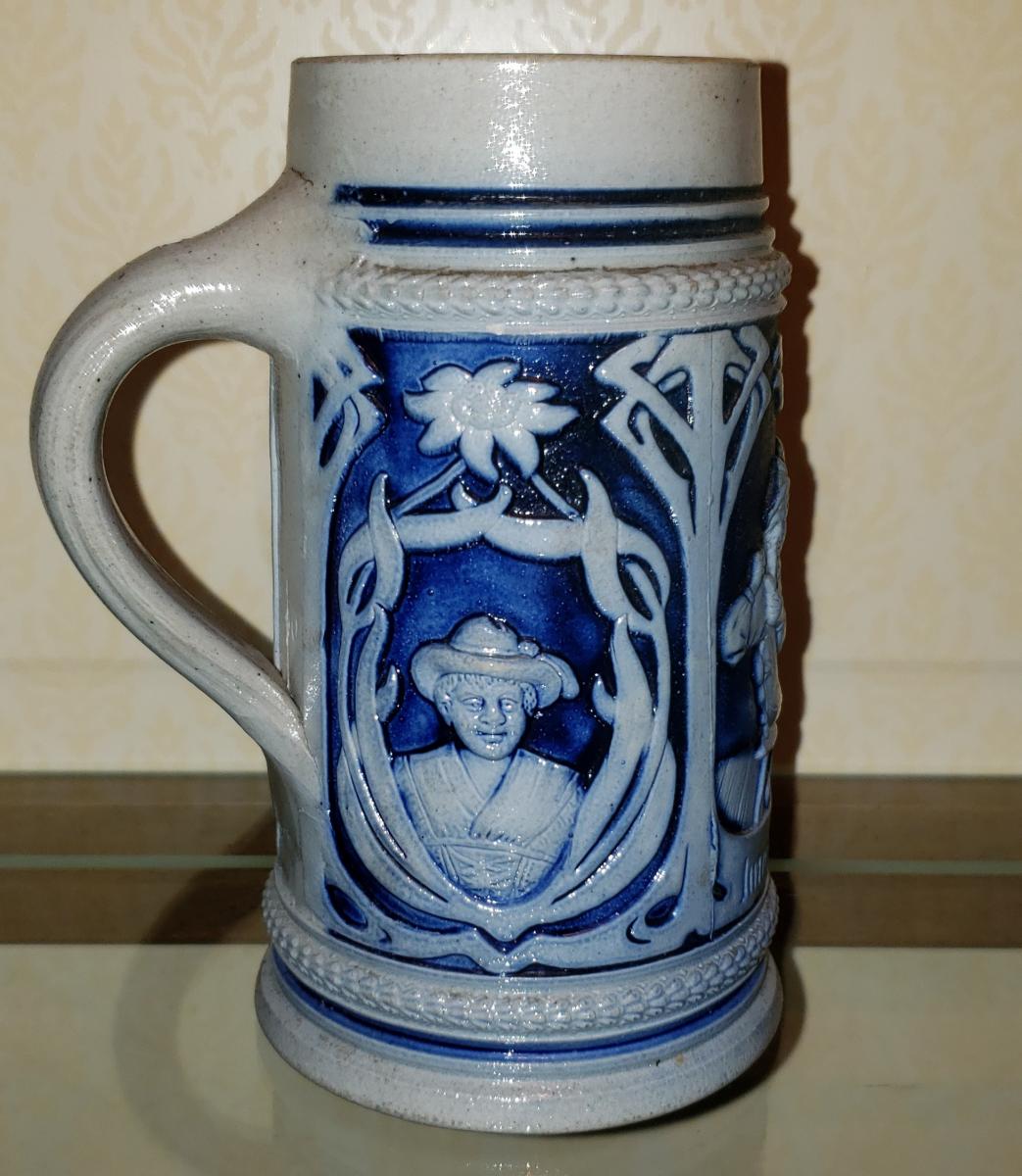 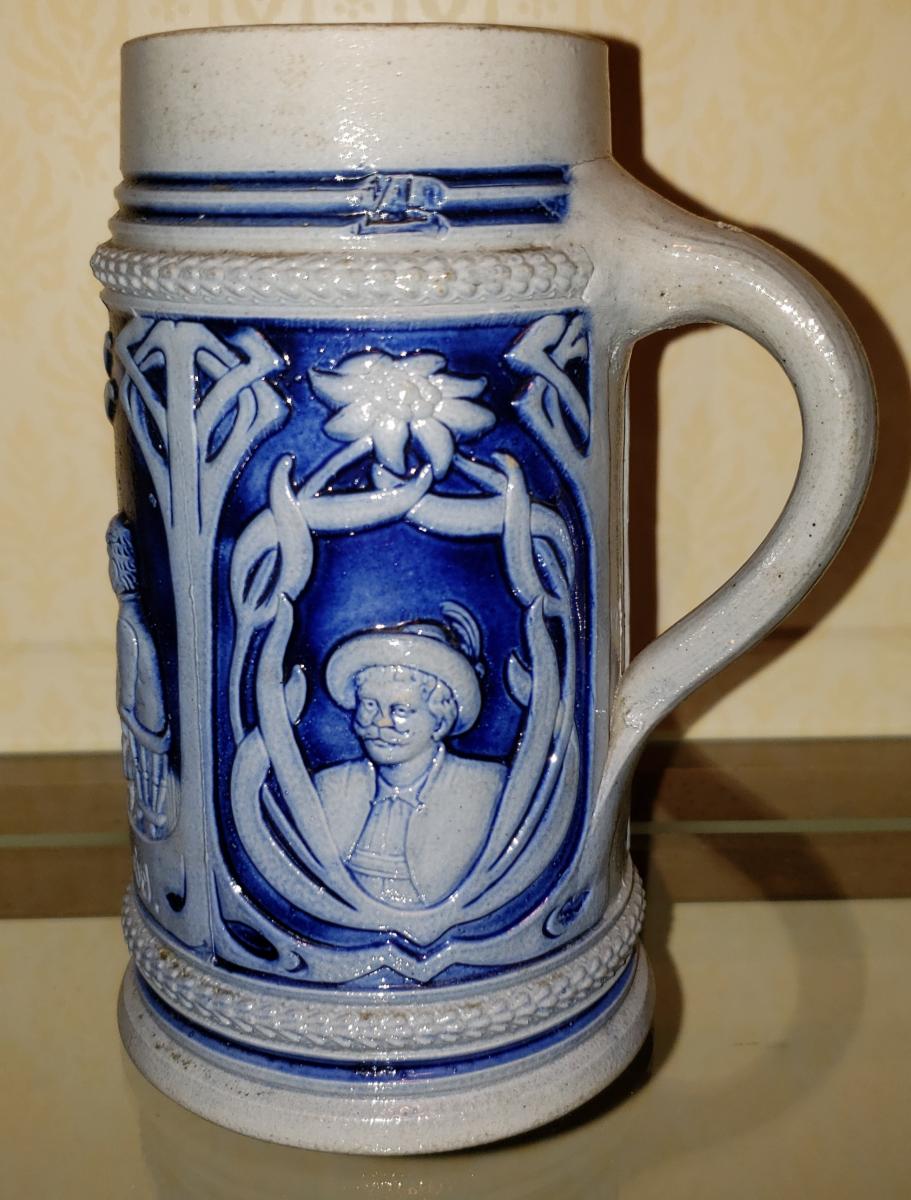 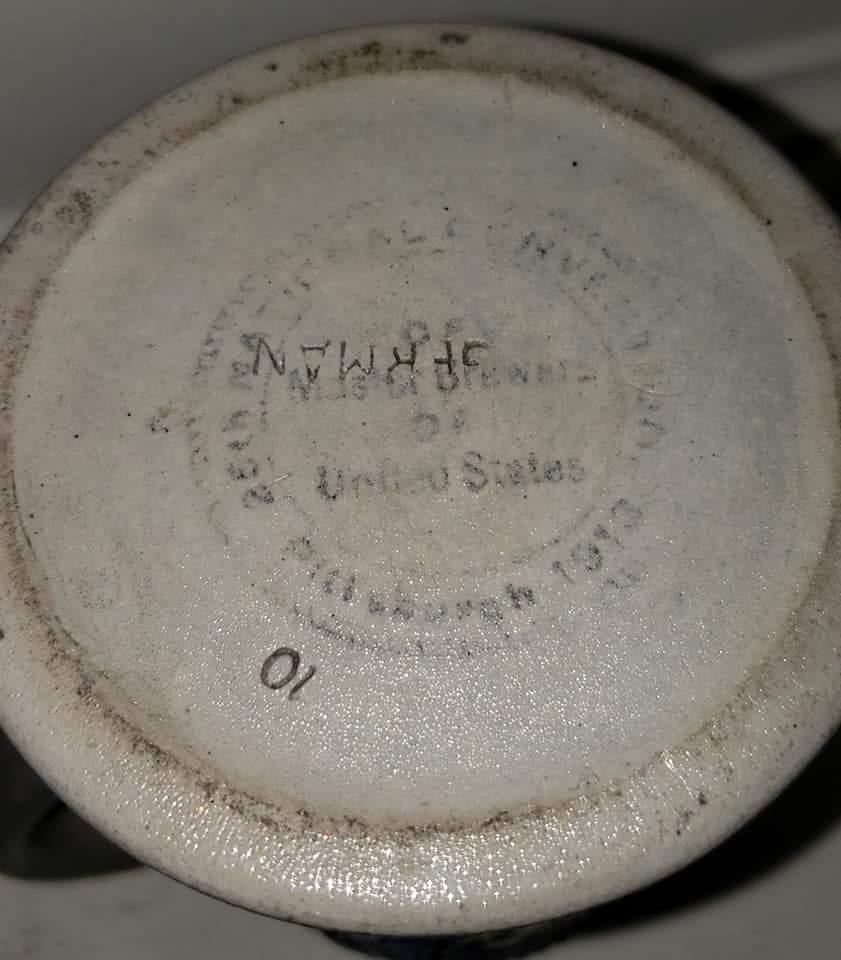 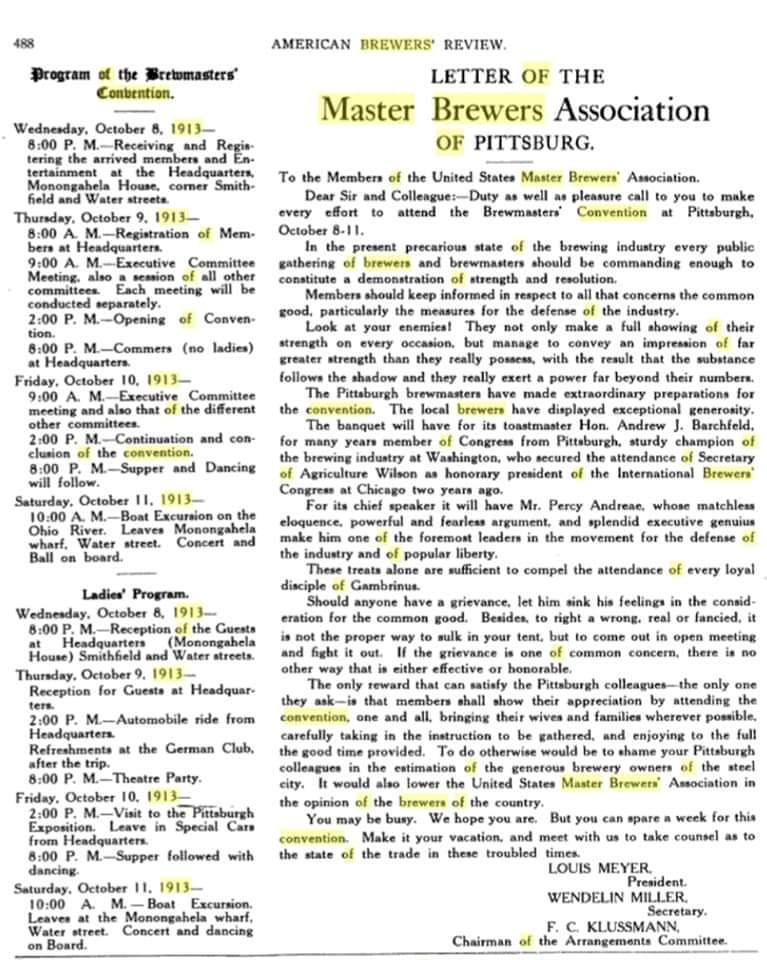 While it doesn't look like much, this beer stein has a neat little history in American brewing.

On its underside, you'll notice that there is a stamp mark from the 26th Master Brewers Association of the United States (MBAA) 1913 Convention in Pittsburgh.

The MBAA was founded in Chicago in 1887, with the first convention being held there that same year. Master brewers from around the country would gather in different host cities for several days once a year to exchange and share ideas on how to improve the brewing industry.

I researched the 26th MBAA Pittsburgh Convention and actually was able to find the formal invitation that was addressed to the master brewers. Check out the pic....It's really interesting.

And while there is no mention of it in the invitation, nor could I find any more info online about them, I'm led to believe that these steins were given out as souvenirs at the convention for members, based off the stamp mark on them.

Item has been viewed 64 times