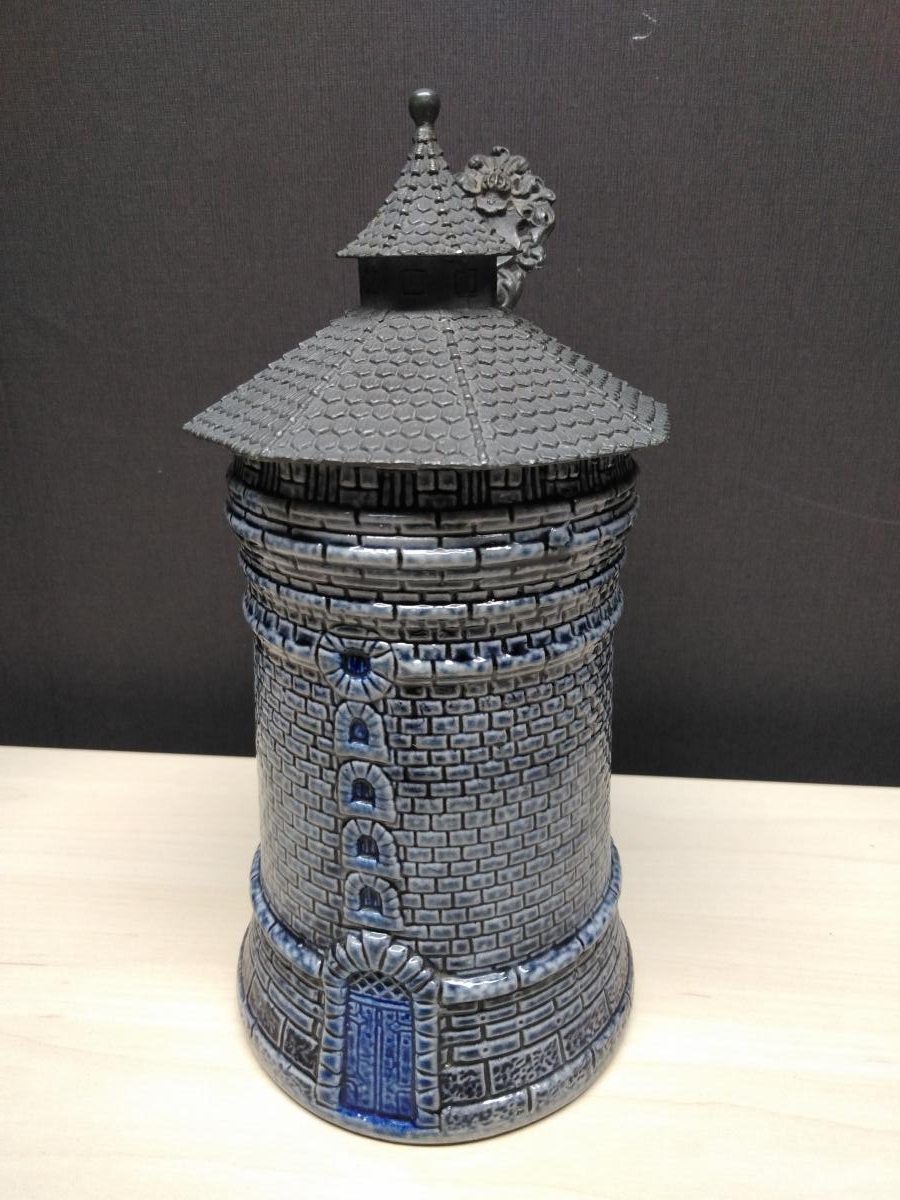 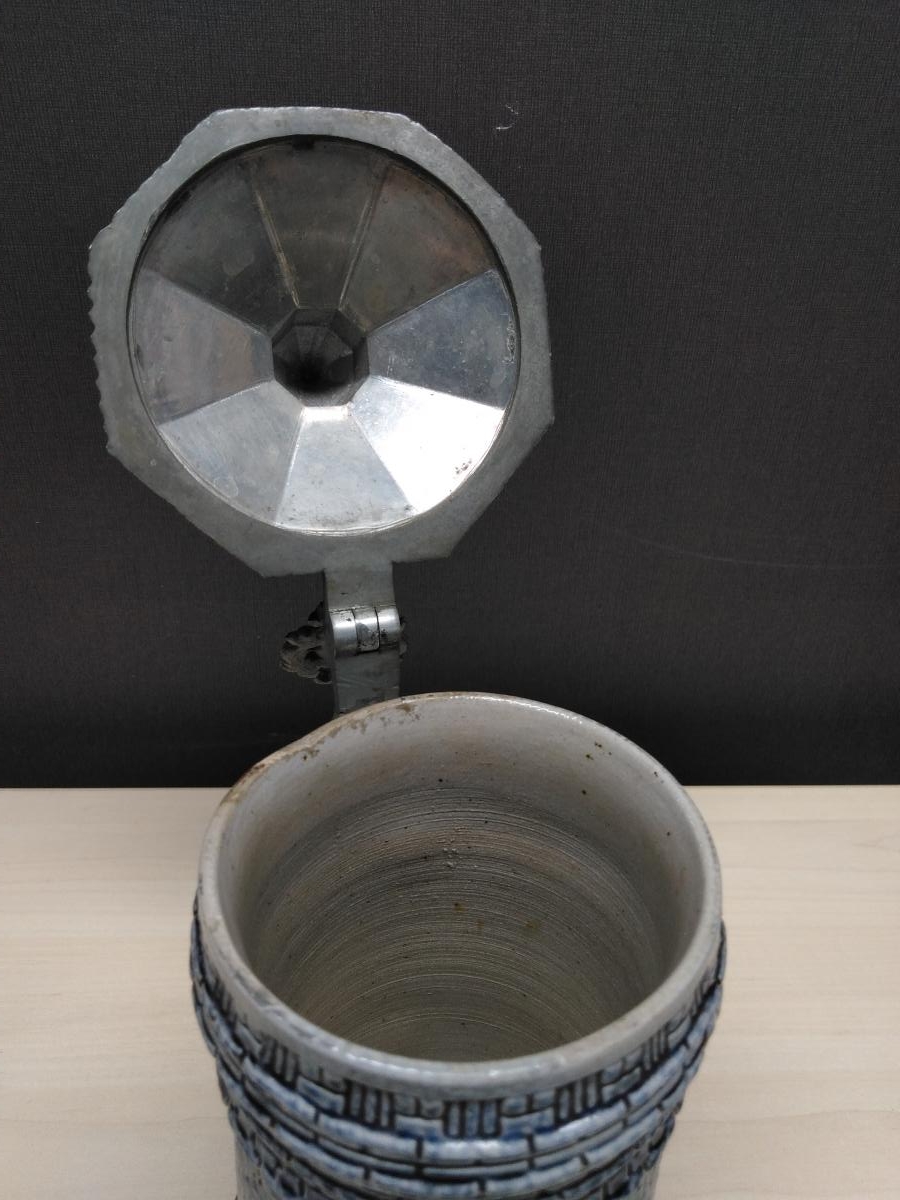 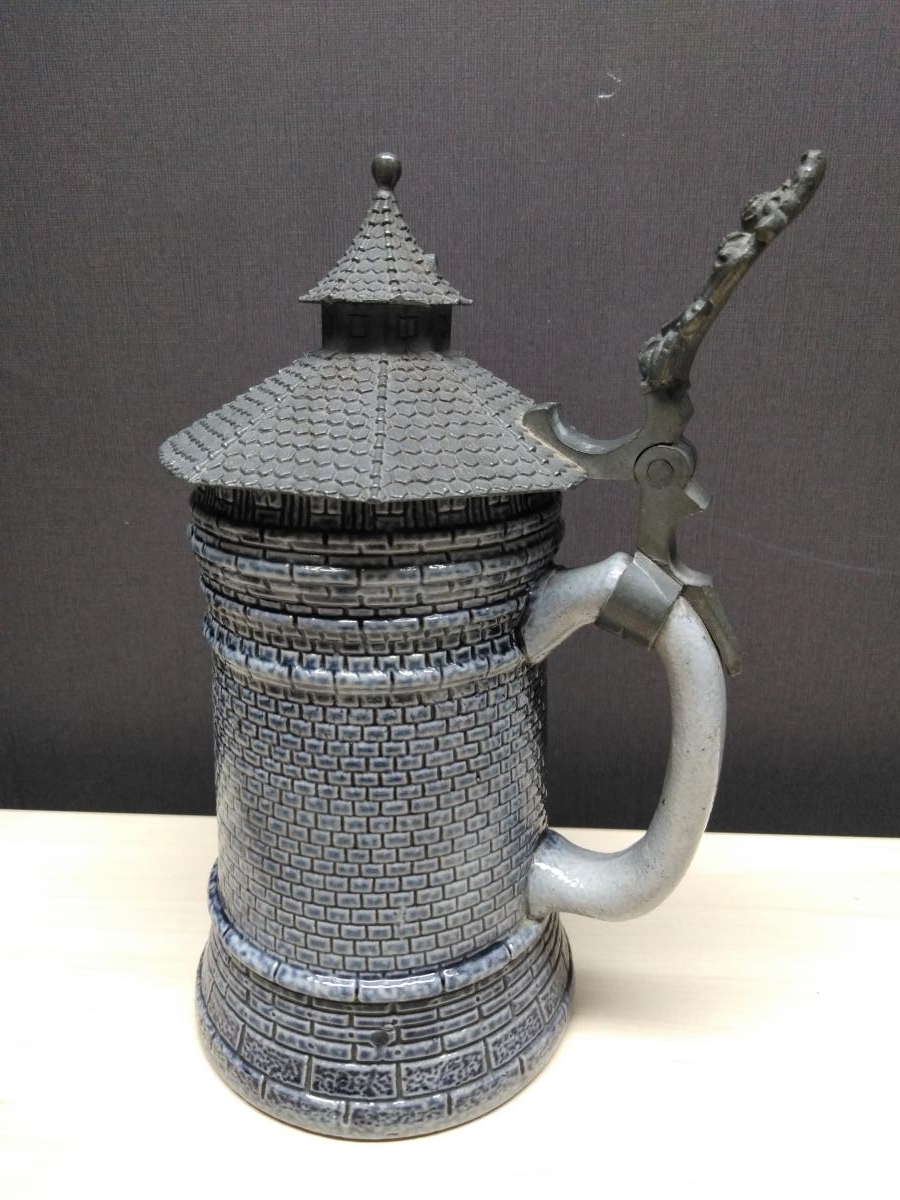 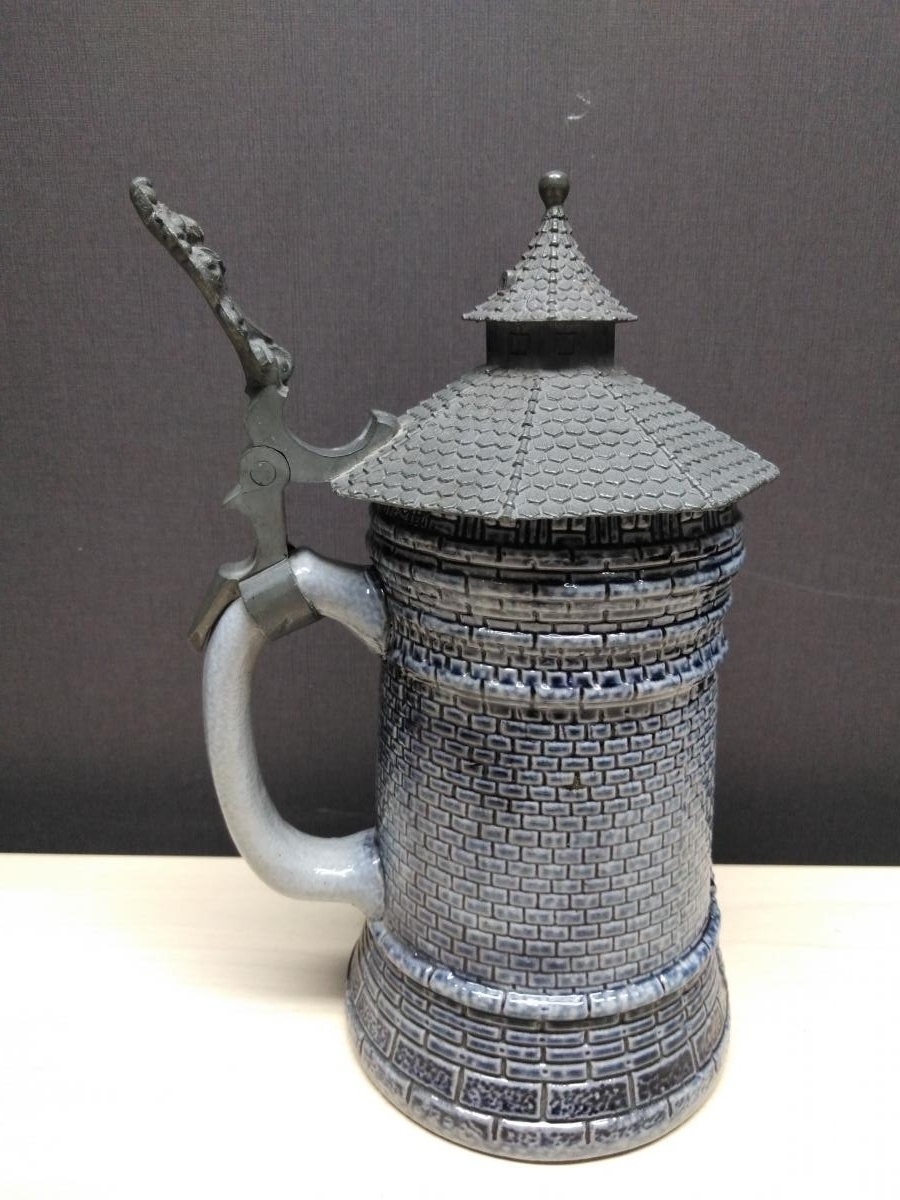 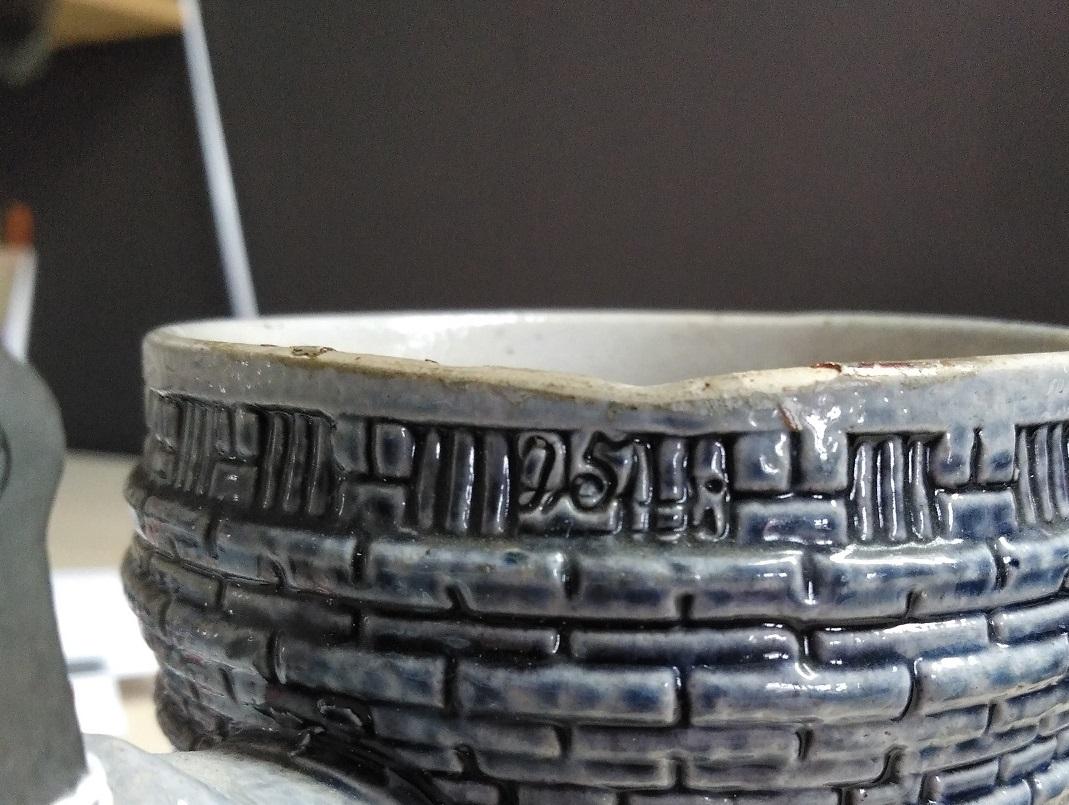 This stein is usually attributed to Merkelbach & Wick for Theodor Wieseler. However earlier versions have also been seen with Freising / Hauber & Reuther capacity marks."

Update February 2021:
Fellow collector Mike Finney informed me that this example was most likely produced by Simon Peter Gerz for H&R in 1886. ("If the capacity mark is in decimals 0.5L it was made by Gerz for H&R in 1886. H&R and M&W used fractions on their tower steins. After H&R went out of business in 1907 it’s thought Gerz obtained ownership of the molds they had used and continued to use them for a while.")

Item has been viewed 156 times