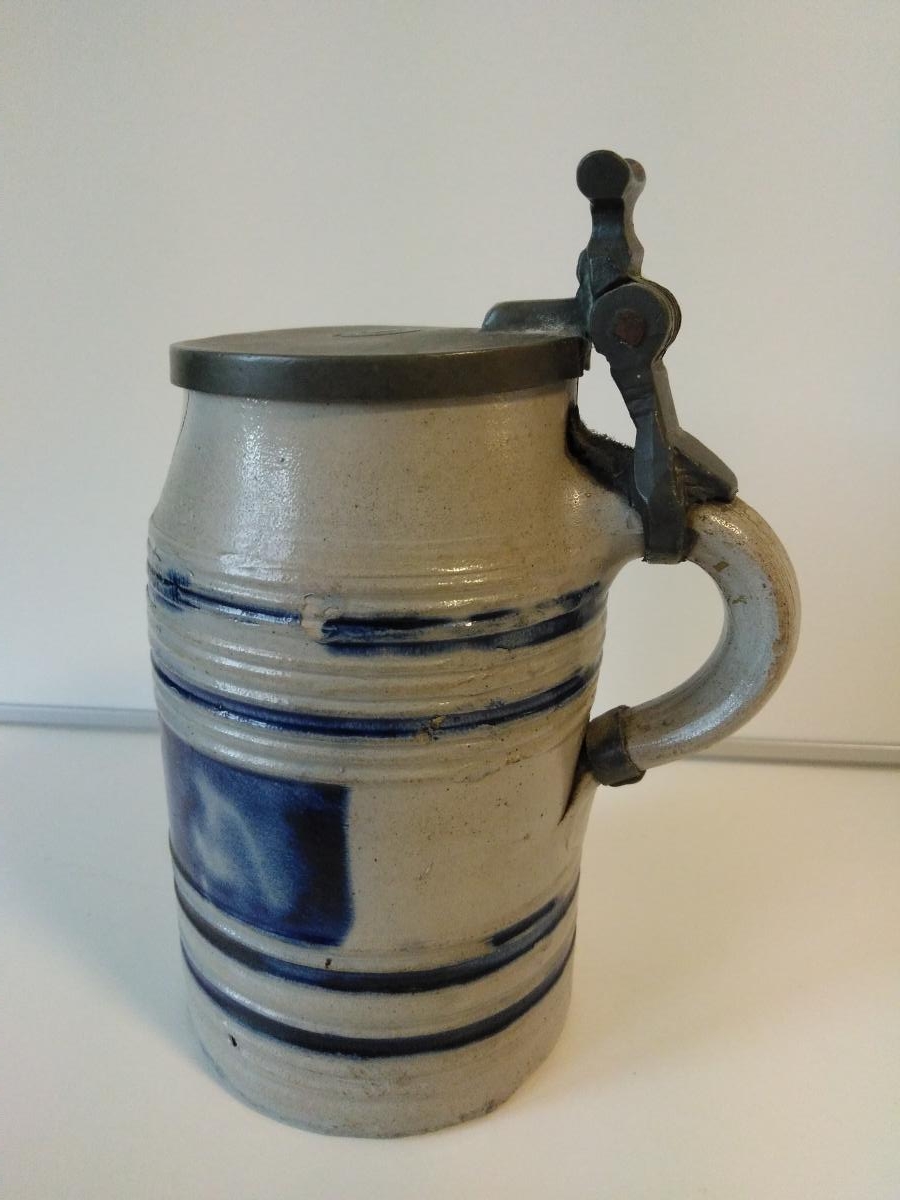 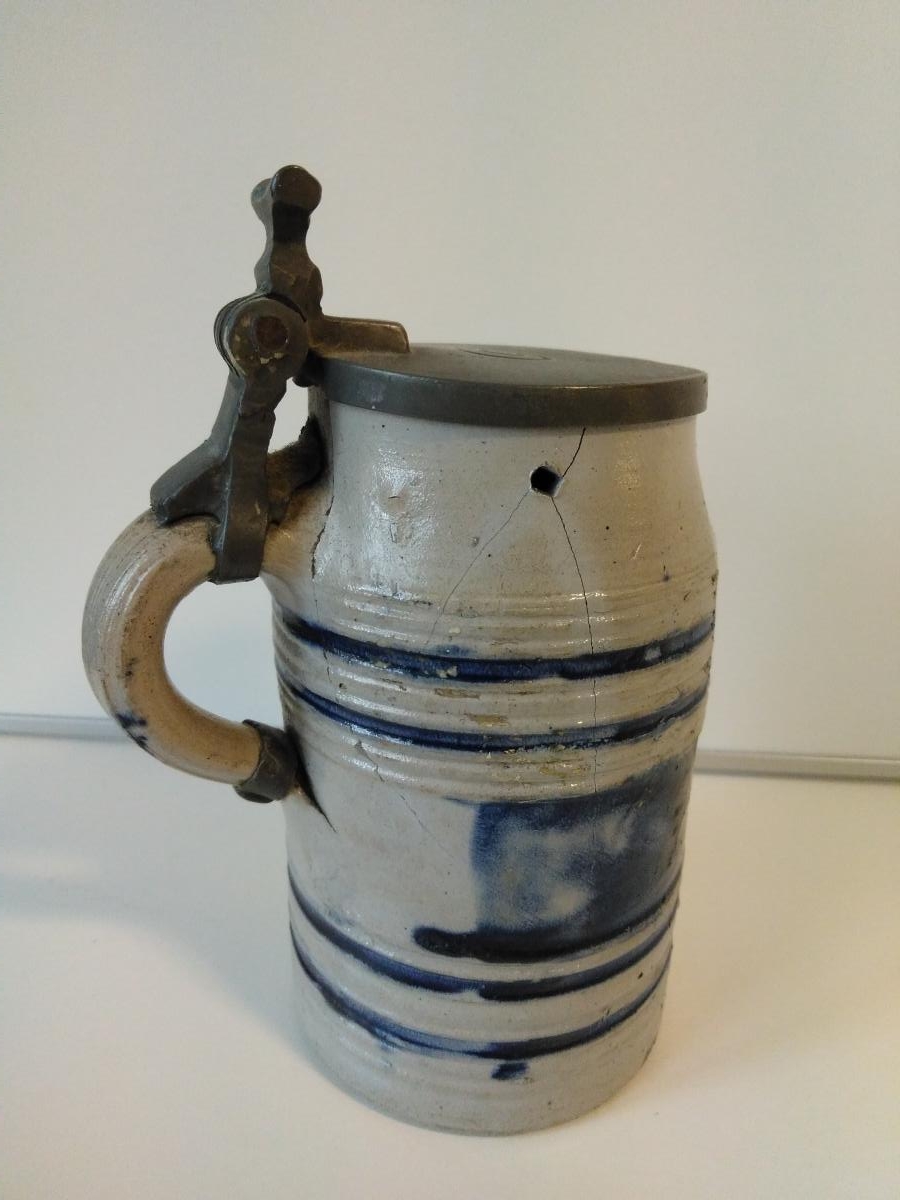 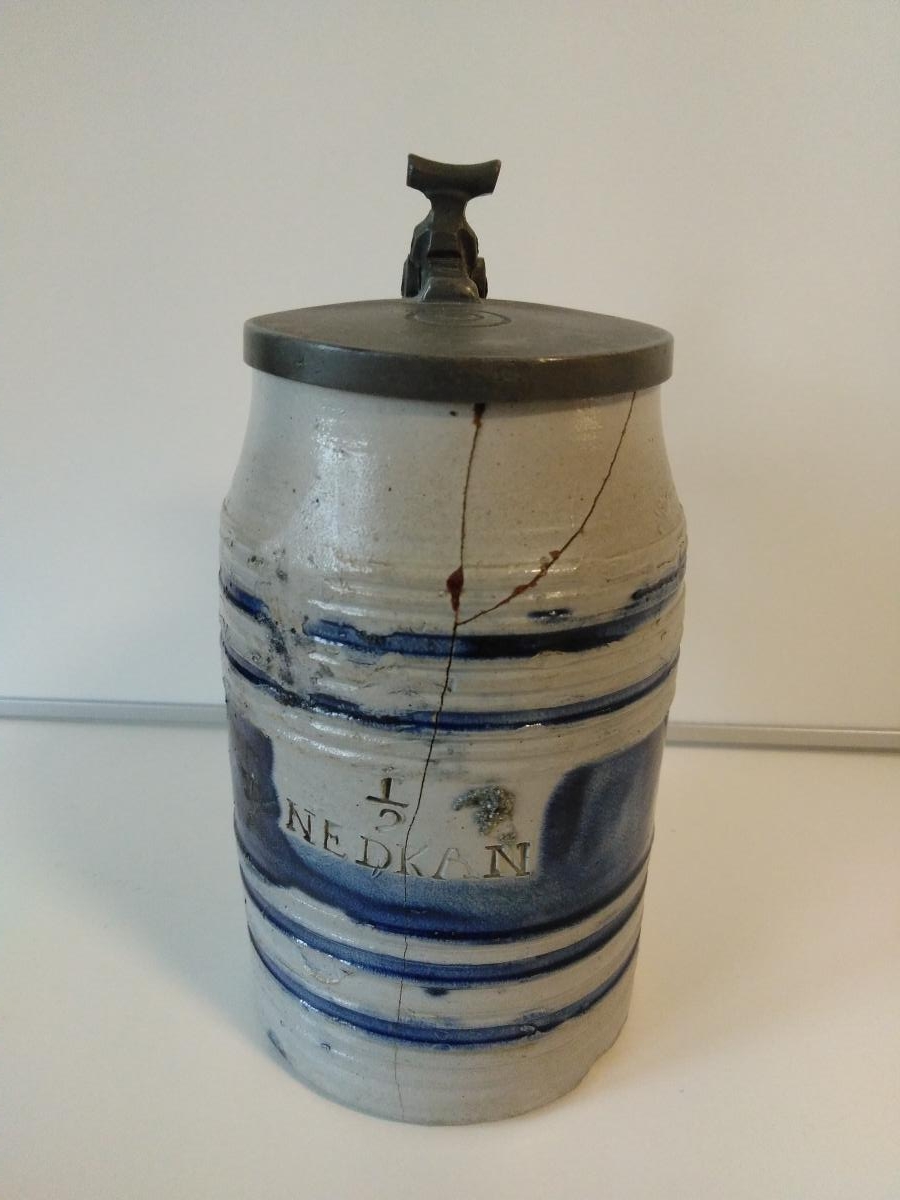 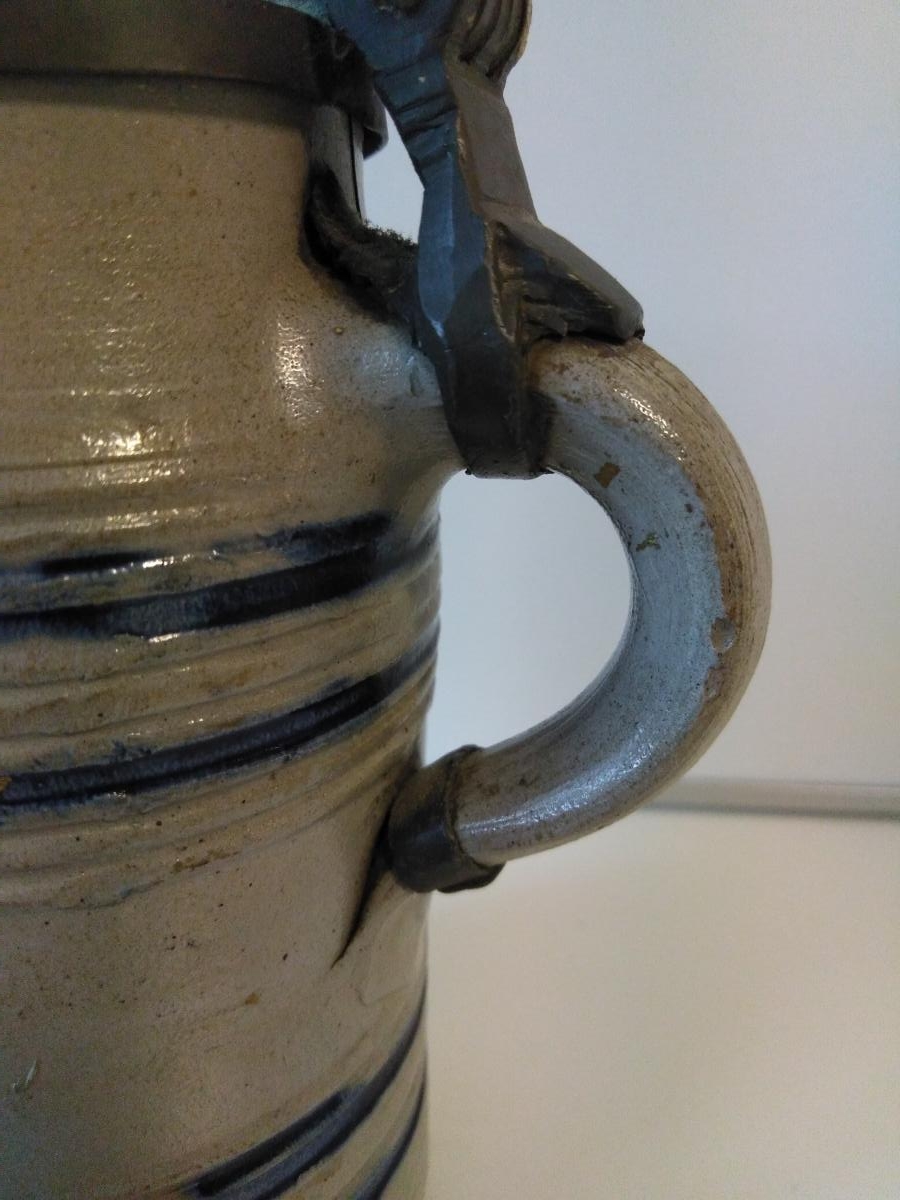 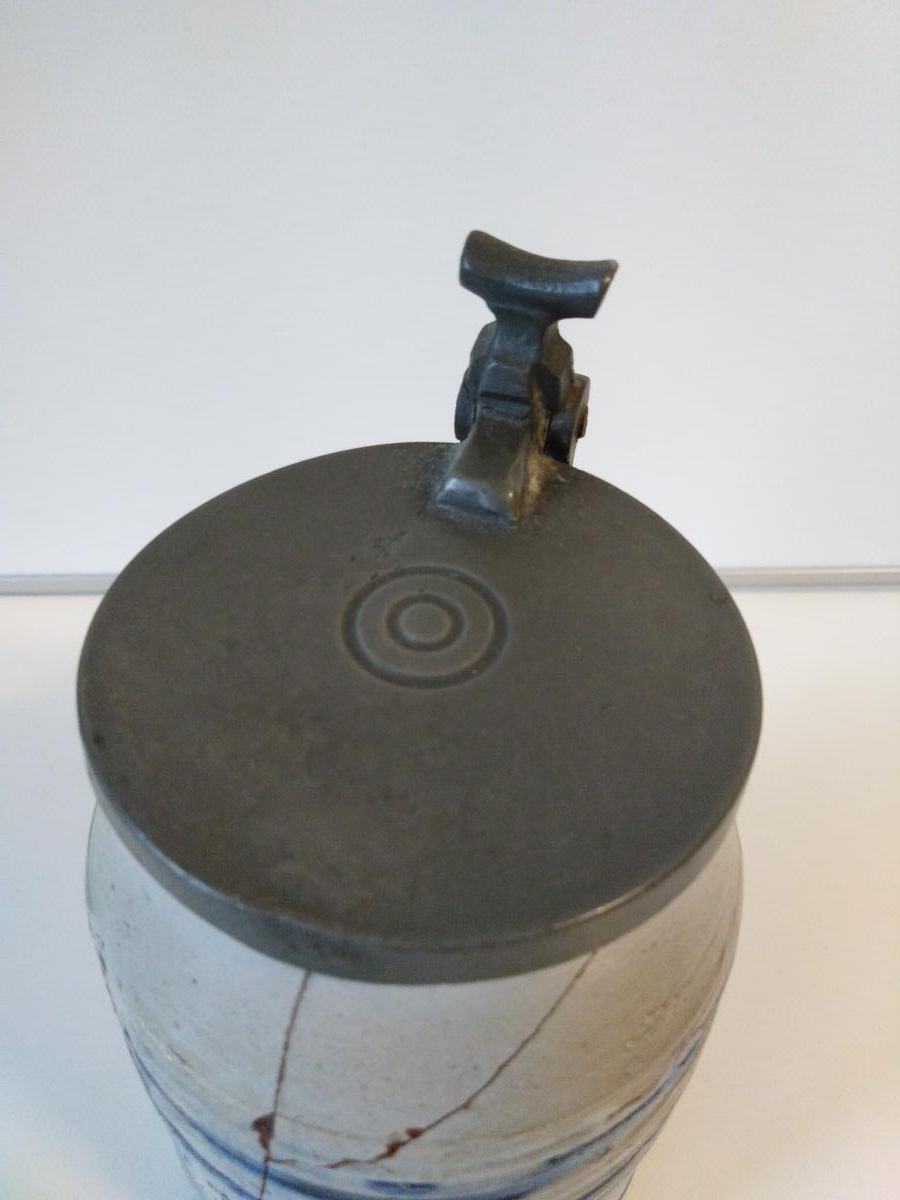 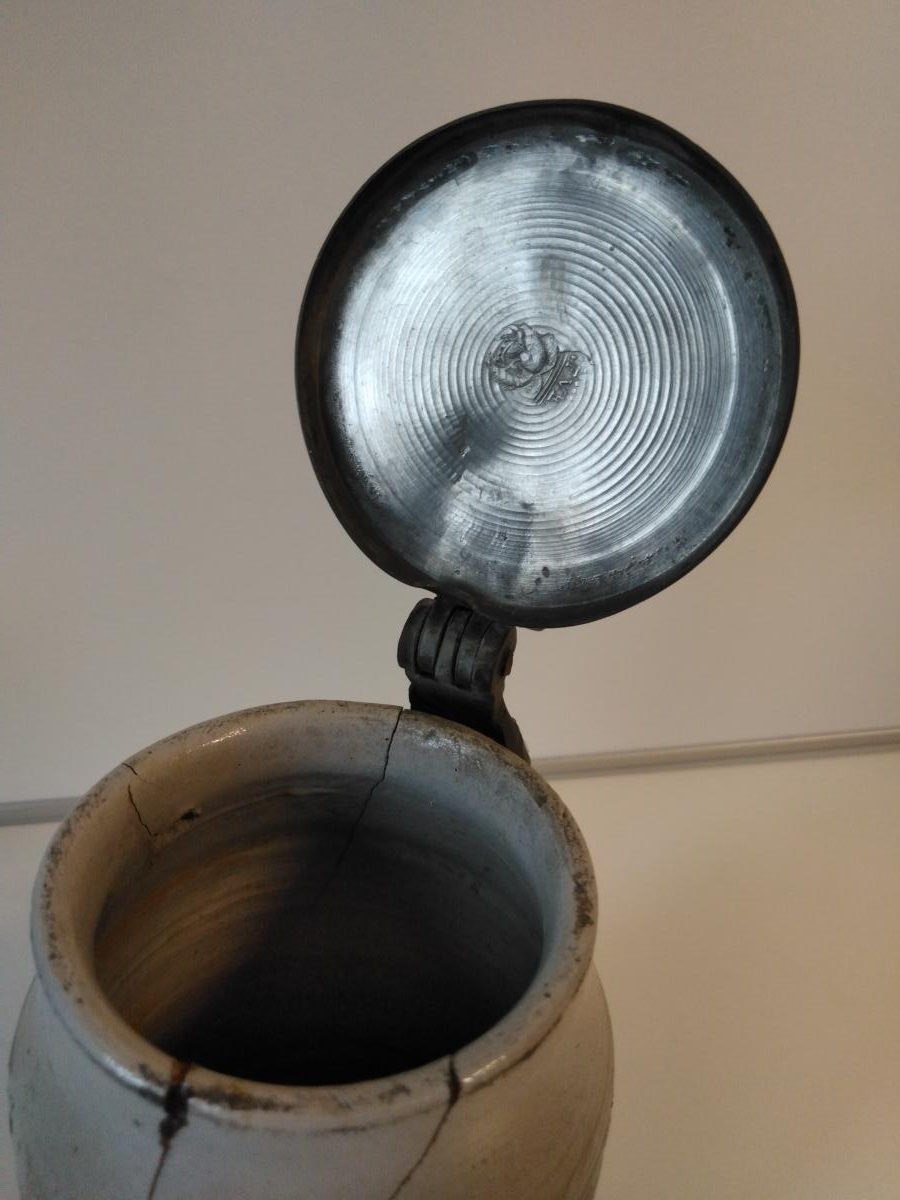 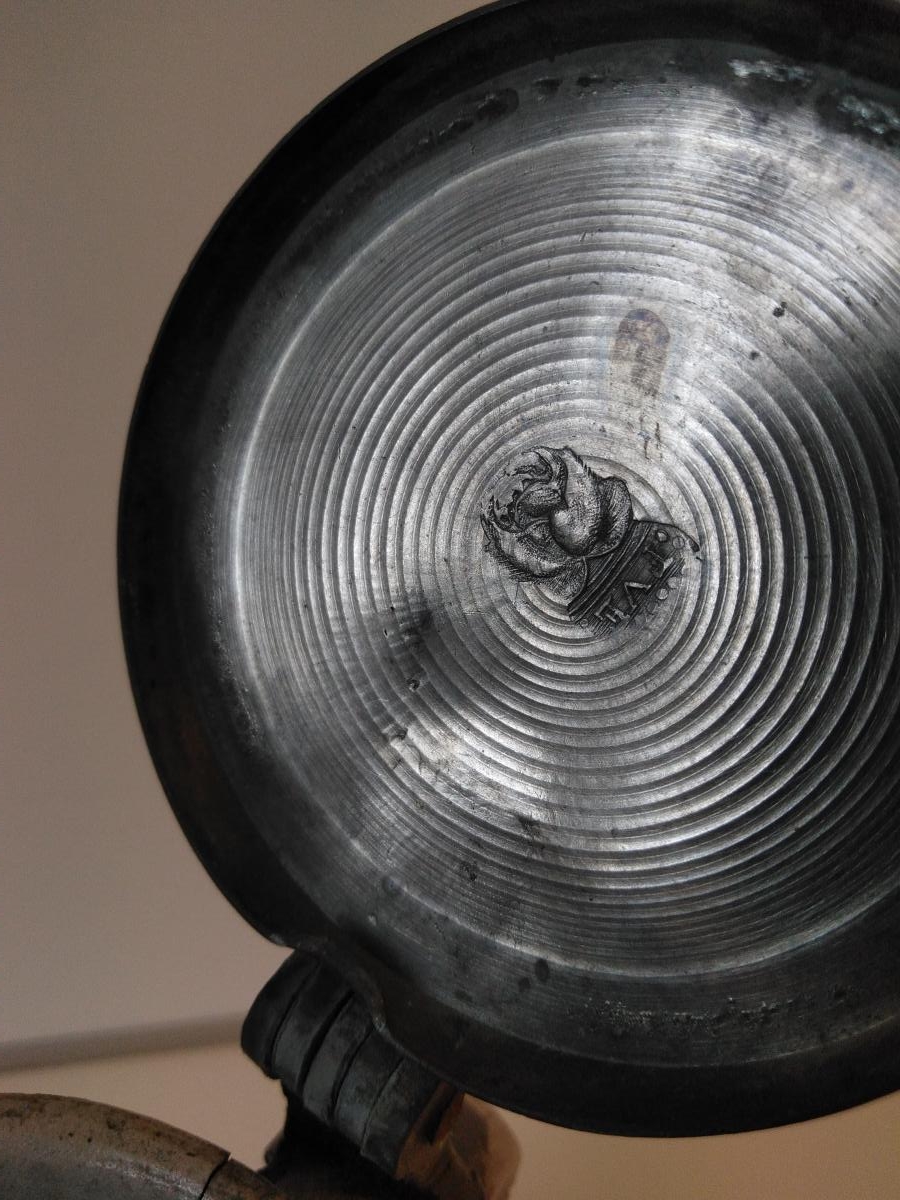 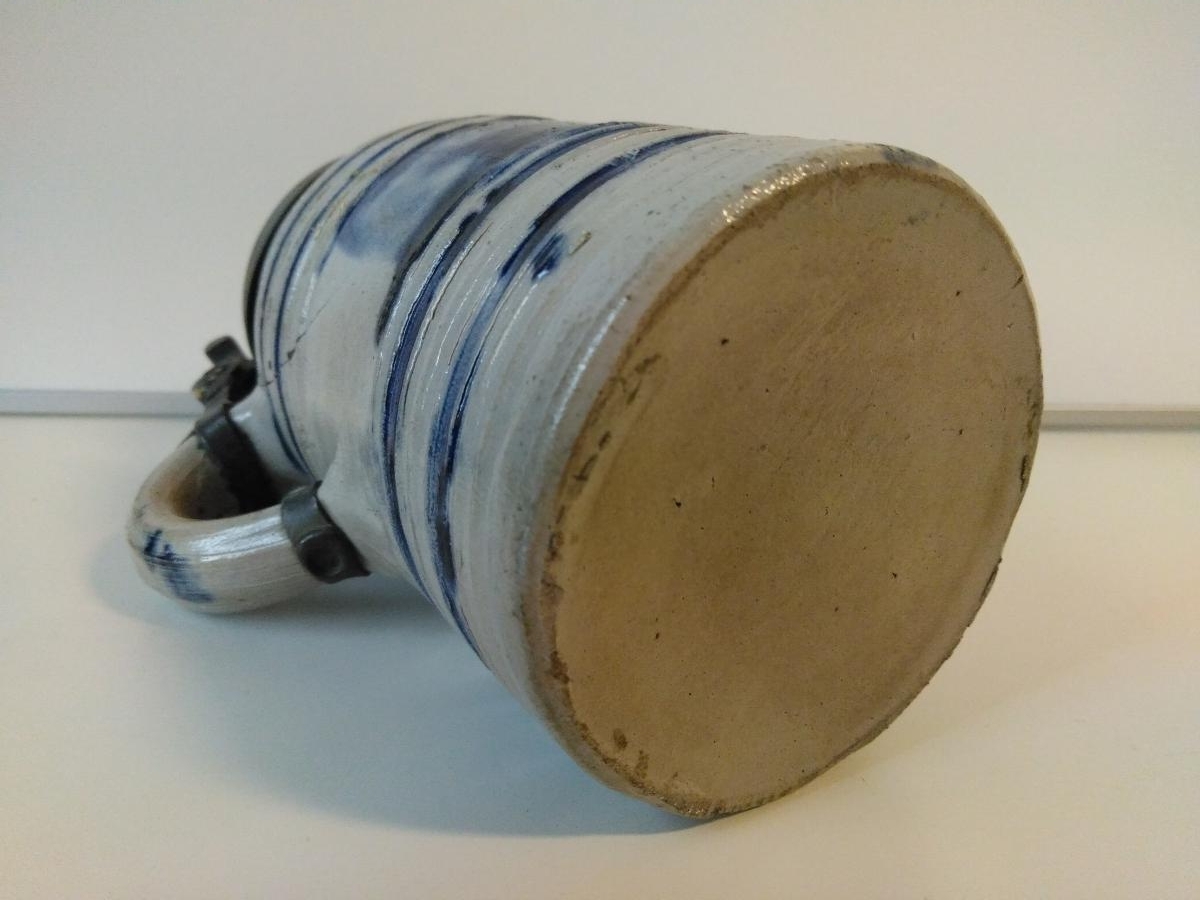 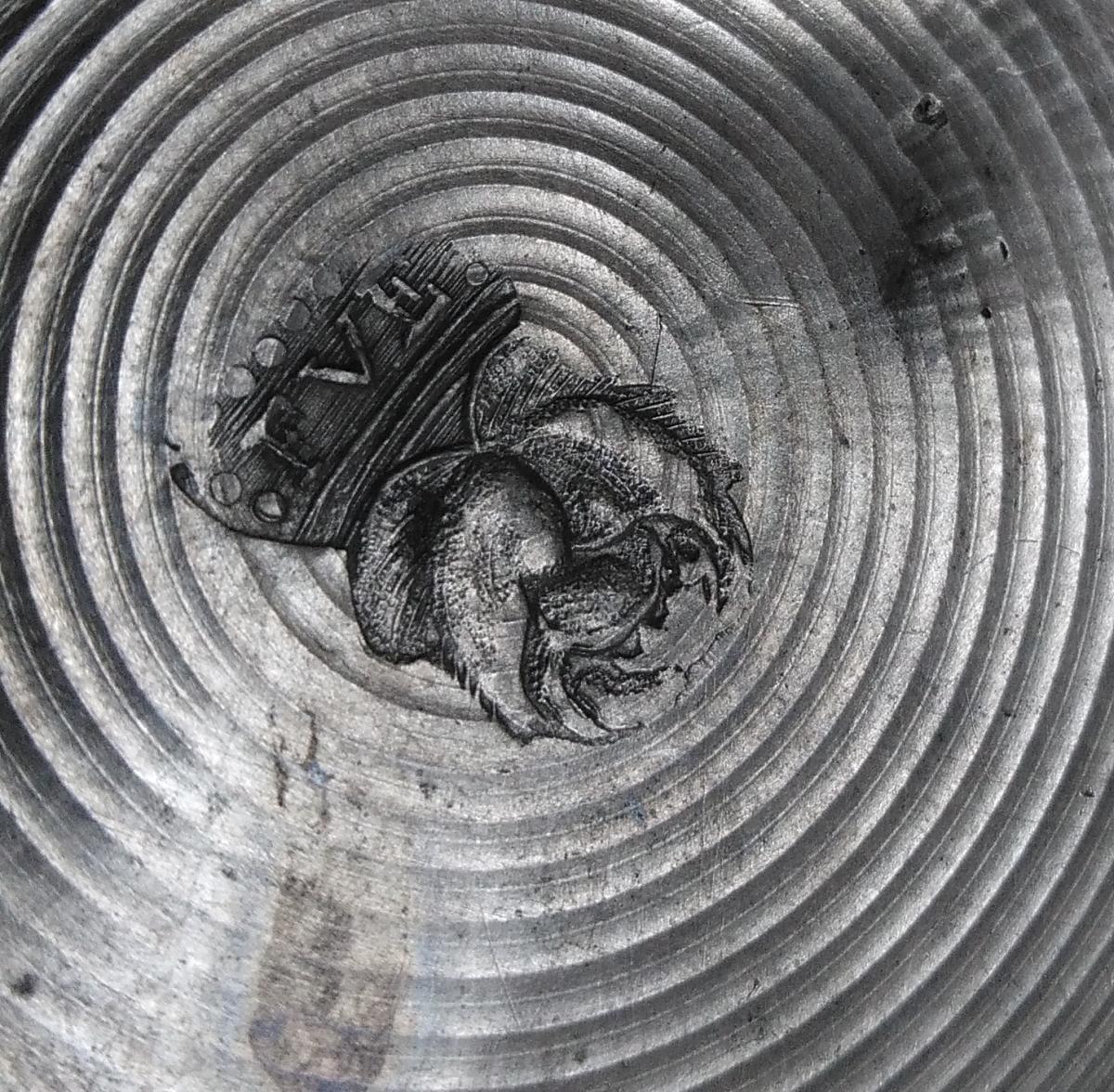 A NEDKAN is an old Dutch capacity measure, in use until the 19th century.

This type of stoneware drinking vessel was made in the 18th and (mostly) 19th century. As far as I know the Low Countries (Netherlands and Belgium) are the only countries where such steins were sold to, since I have yet to see an example that turned up in another country..
This example measures appx 18 centimeters excluding the pewter lid. It will date to the early to mid 19th century, is my 'guesstimate'.

The inside of the pewter lid shows a clear pewterer's mark.
Another interesting feature is the small pewter ring near the bottom handle attachment. This ring is an official 'seal', proving it's capacity.

Sadly this stein is in very poor condition.

Item has been viewed 149 times