The Pentagon / US Air Force stein

From the collection of Unidentified 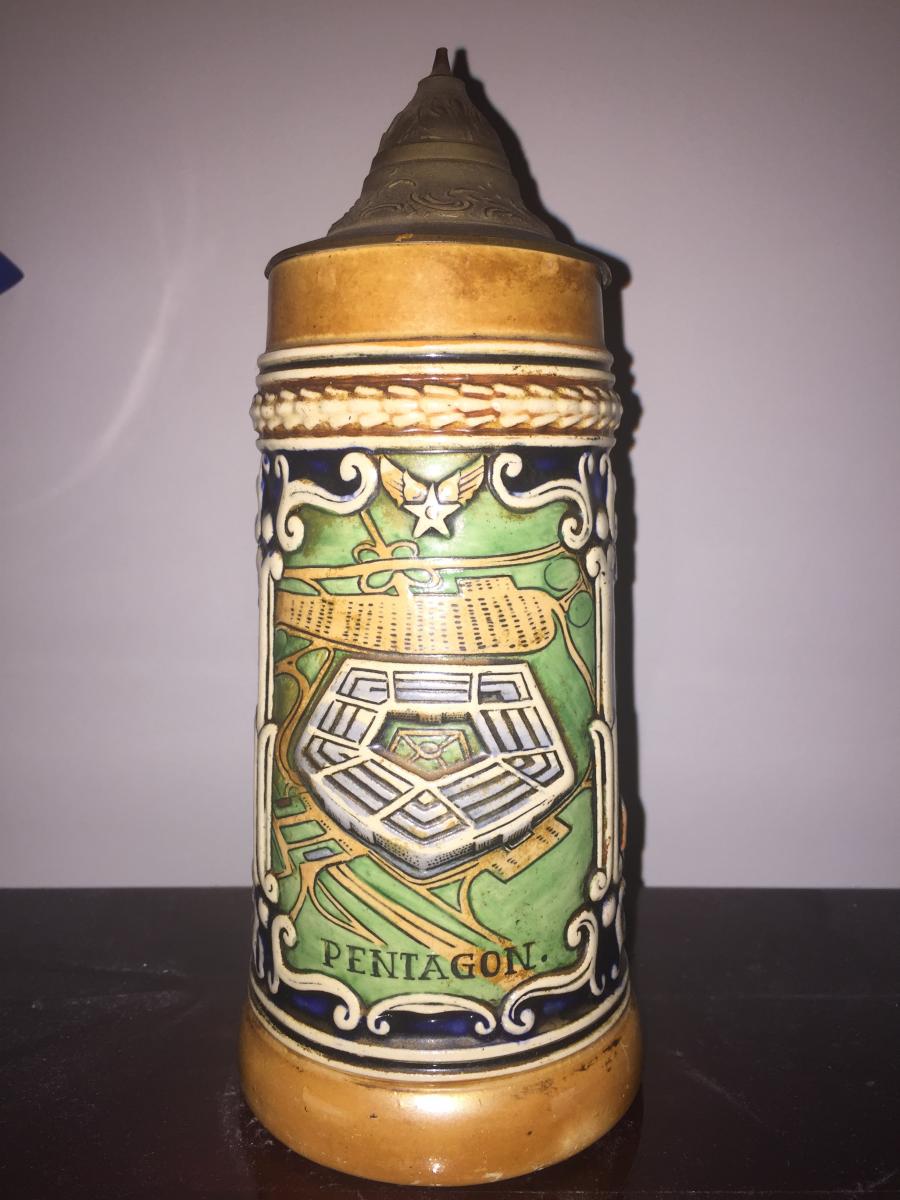 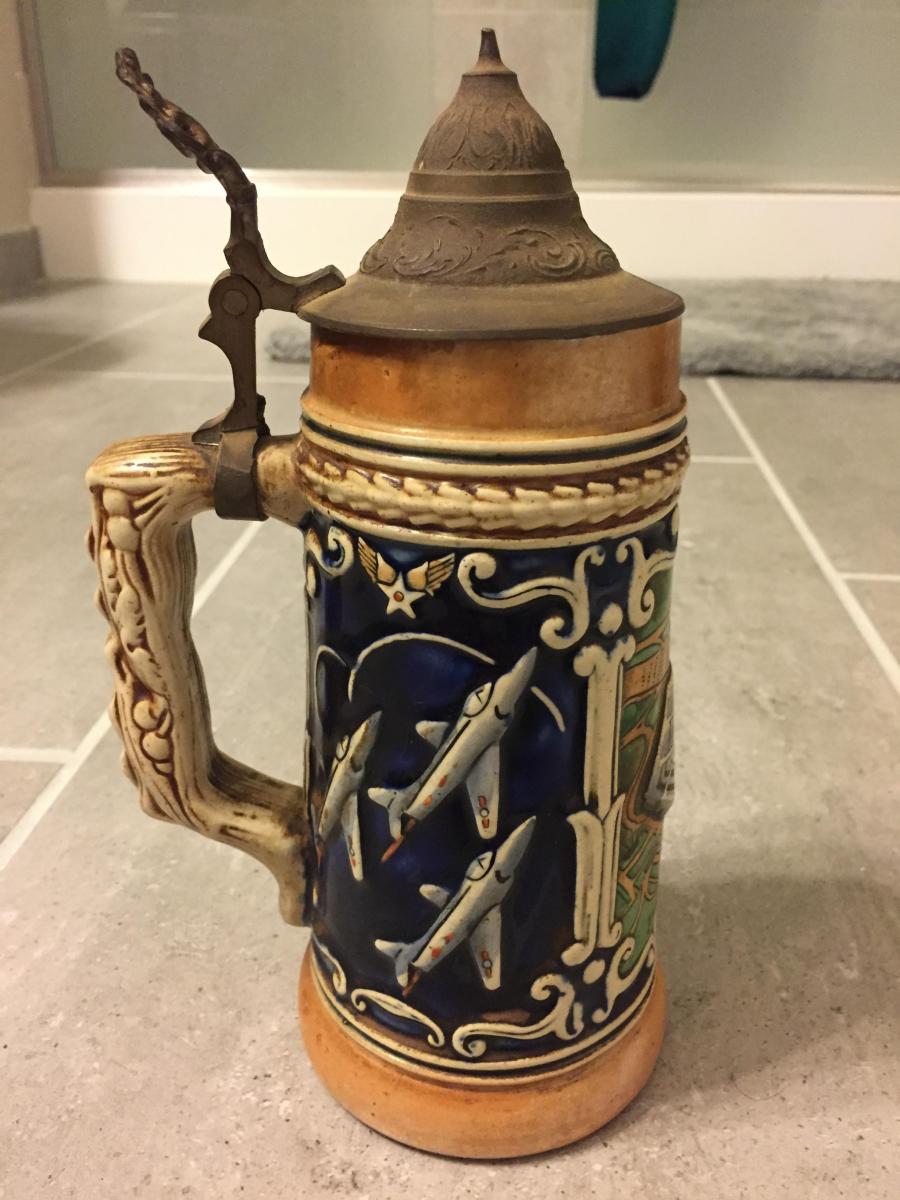 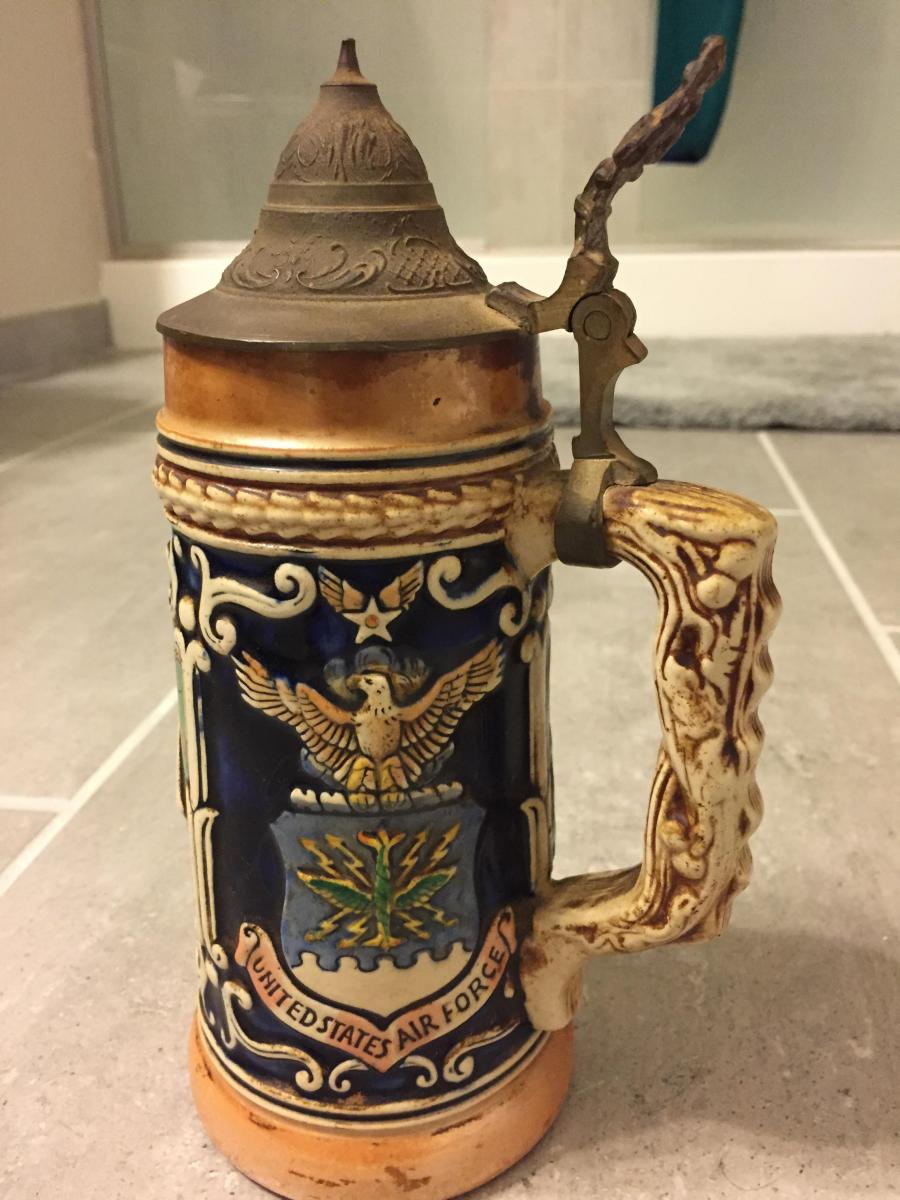 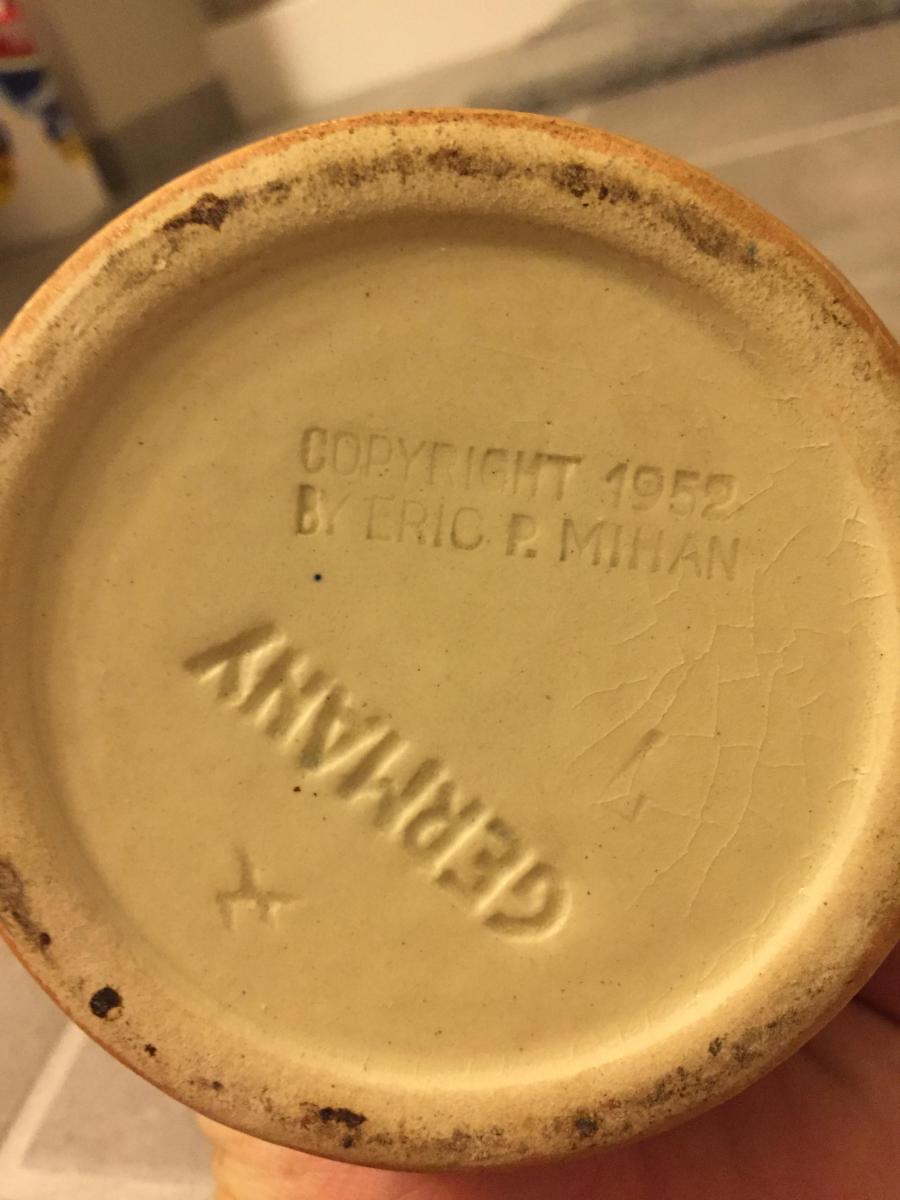 A pottery stein with quite an unusual topic: the US Air Force and the Pentagon.

The stein was designed in 1952, as per the impressed copyright information in the base which says "Copyright 1952 by Eric P. Mihan".

Eric P. Mihan commissioned many steins in the early 1950's, mainly souvenir steins for American universities. His steins can regularly be found on eBay and other sales platforms.
The actual German producer of this stein is as yet unknown. Other steins marked Eric P. Mihan have been seen with a factory logo of Simon Peter Gerz though.

This particular stein was possibly produced on special order. Perhaps to the occasion of the Pentagon's 10 year anniversary in 1952/53. (The Pentagon's first employees moved in on April 30, 1942 and its official opening was on January 14, 1943.)

View the collection of Unidentified

Item has been viewed 300 times