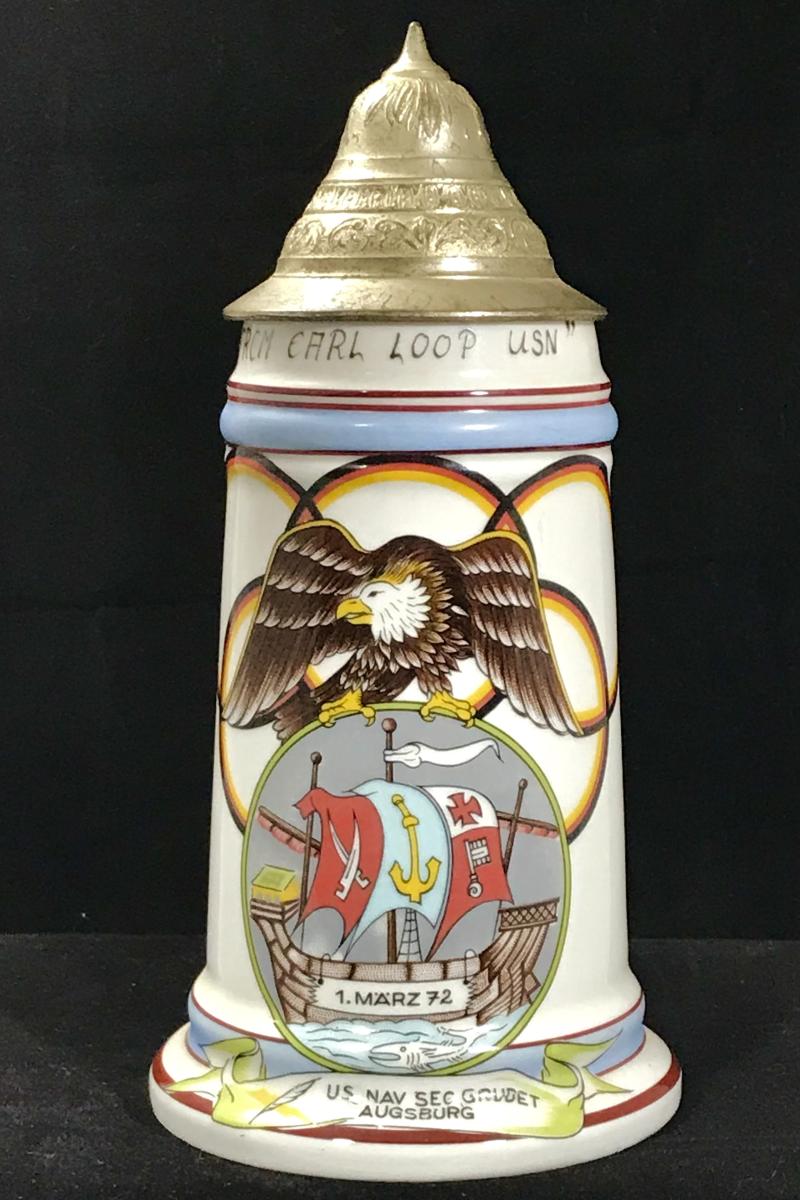 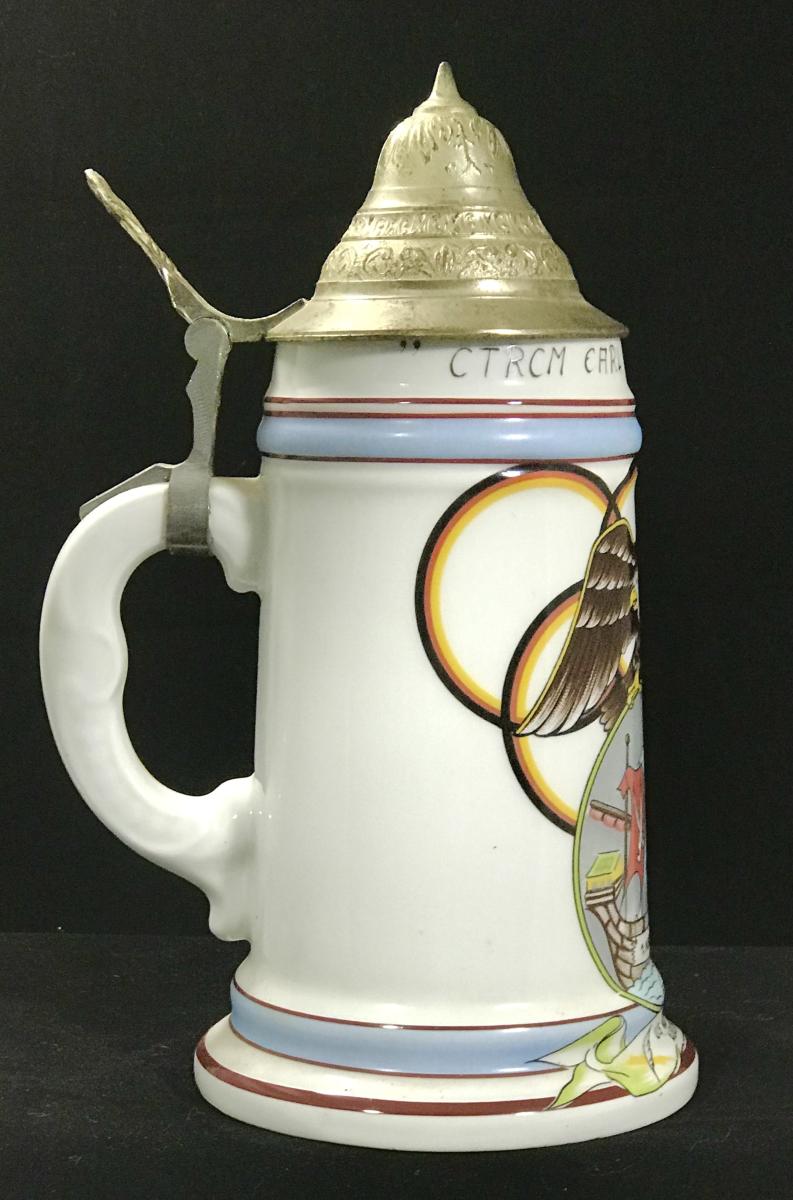 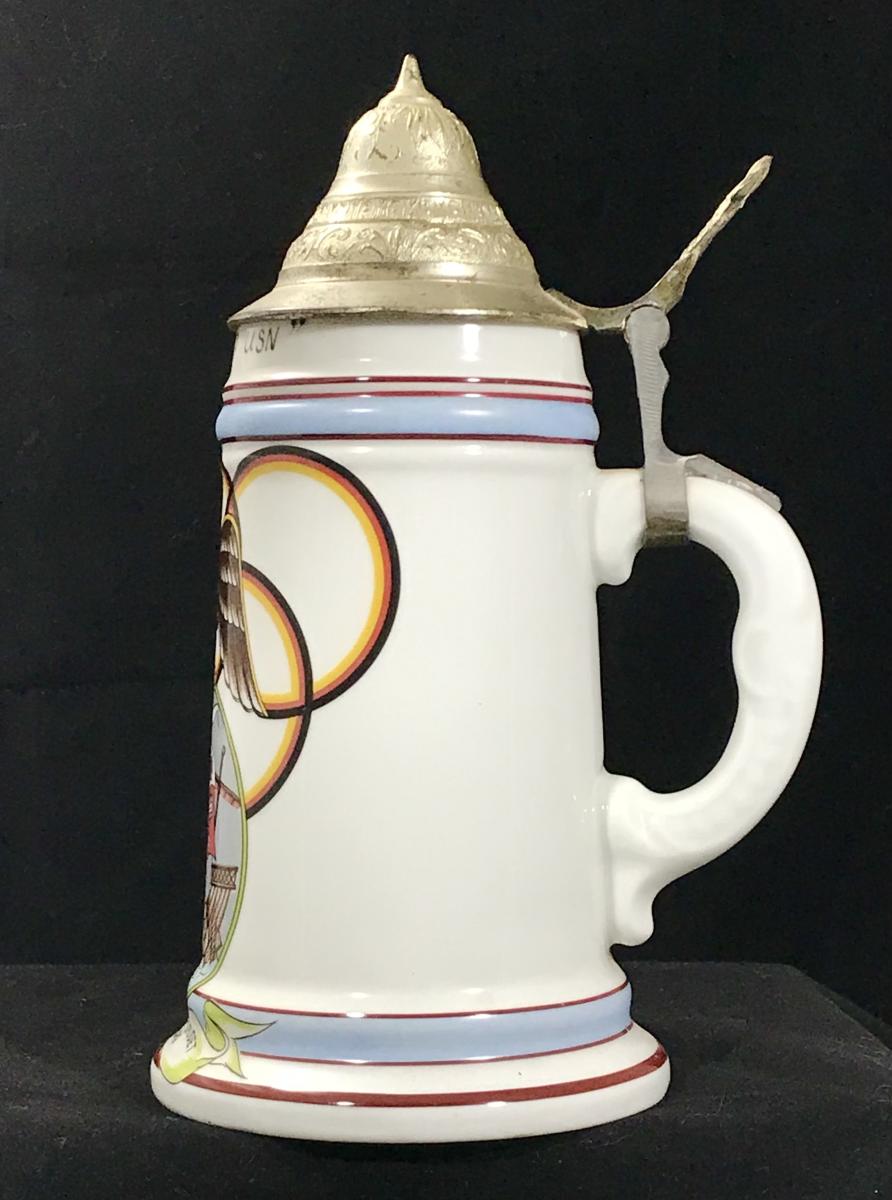 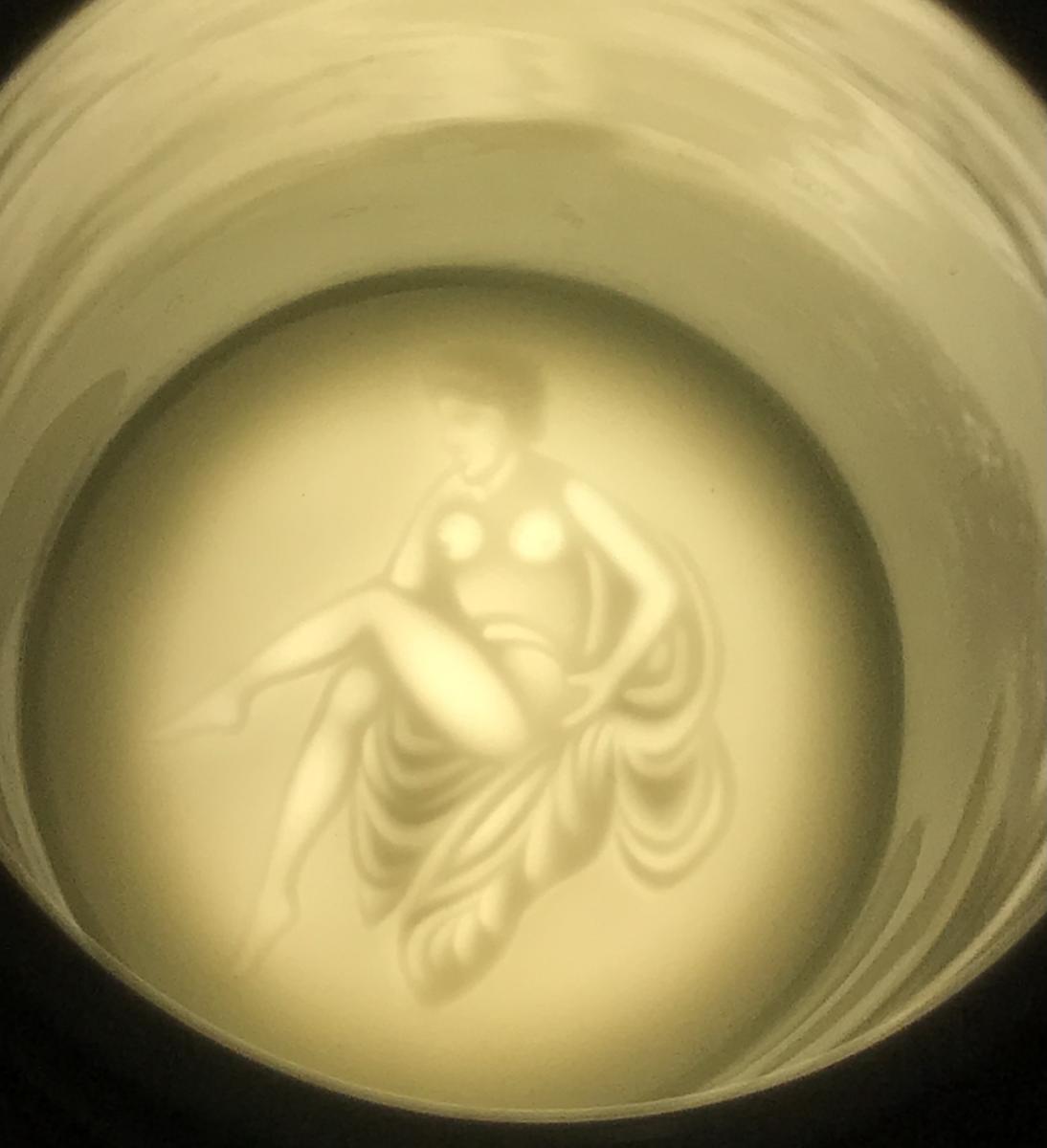 (See companion stein 198) I recently obtained these two, uncommon, Naval Cold War Steins, both named to Master Chief Petty Officer Earl Loop. Loop joined the Navy in 1947, became a Collection Cryptologic Technician, and ultimately achieved one of the highest enlisted ranks. In 1971, Loop was assigned to the Naval Security Group Activity (NSGA), Bremerhaven on a three-year tour as shown on the central scene of his stein. The right-side scene shows seal of the US Naval Security Group with reference to the Chief Petty Officer Club located in Imsum, a suburb of Bremerhaven. The left side scene is a modification of the coat of arms of the city of Bremerhaven.