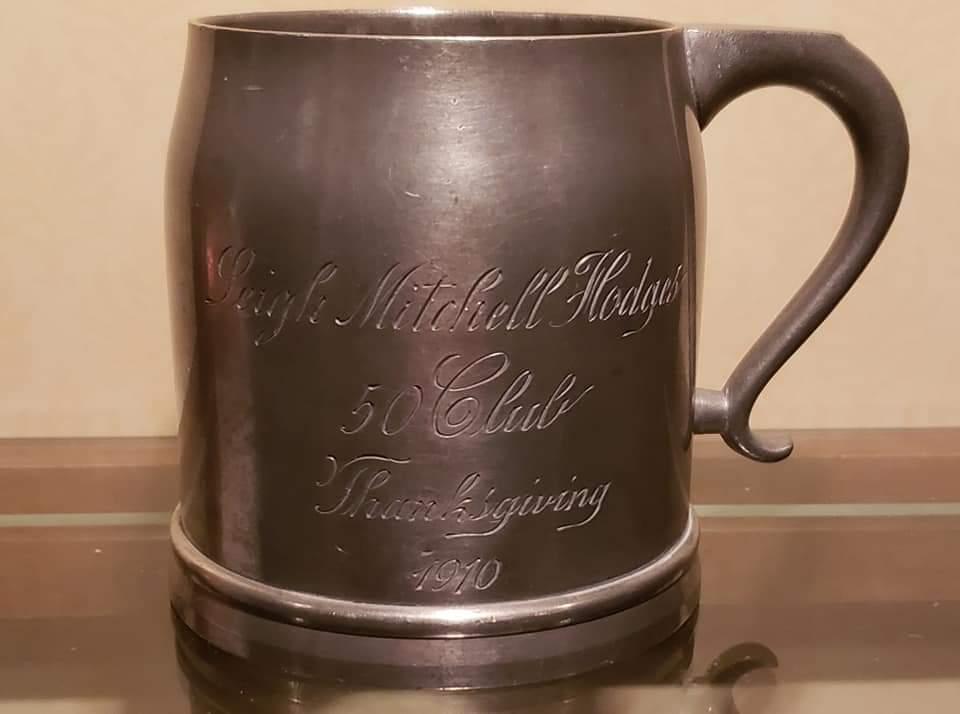 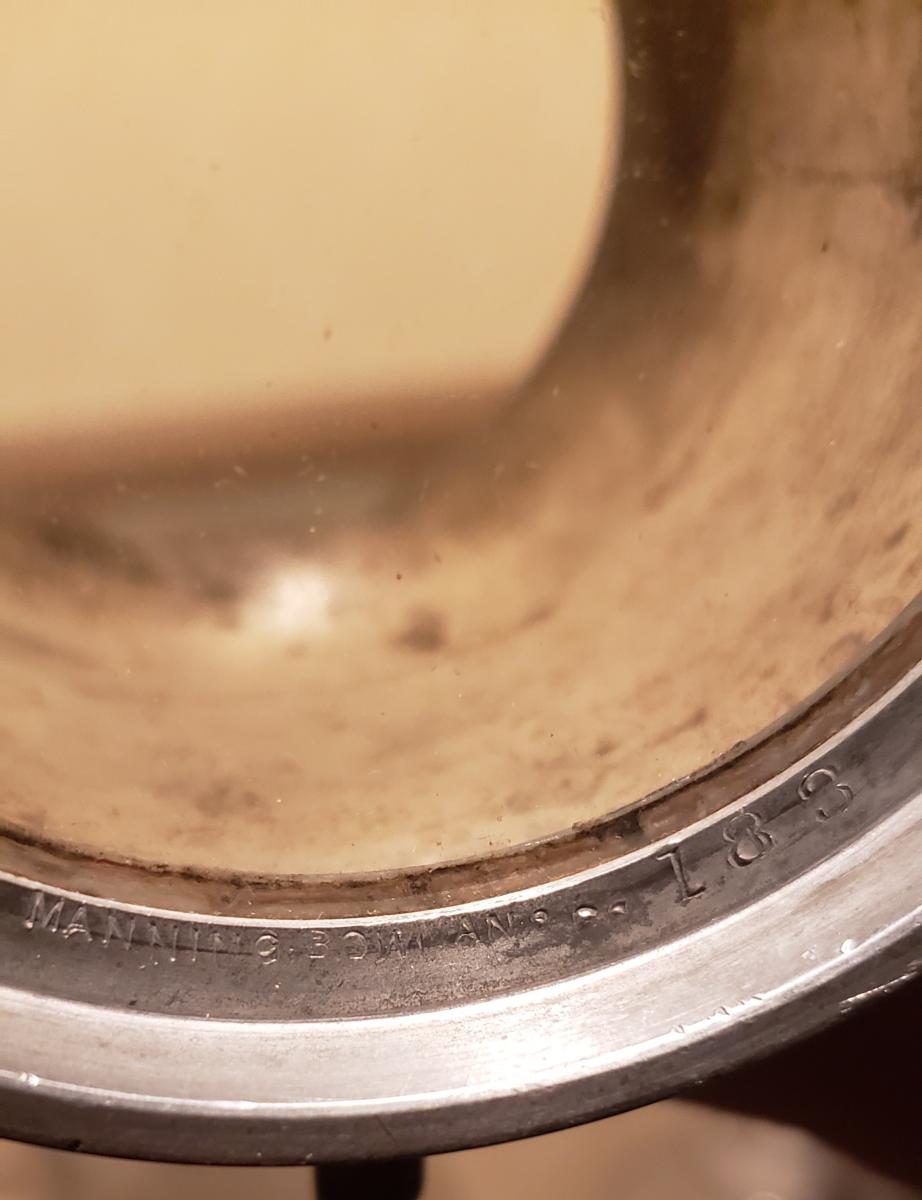 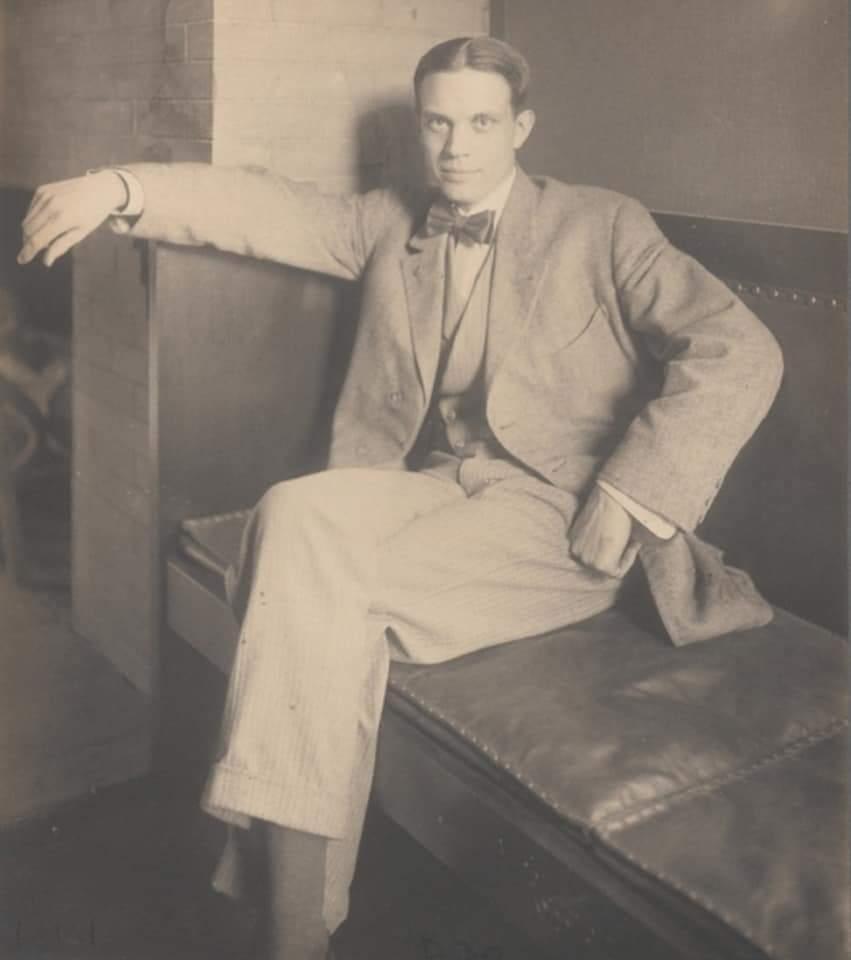 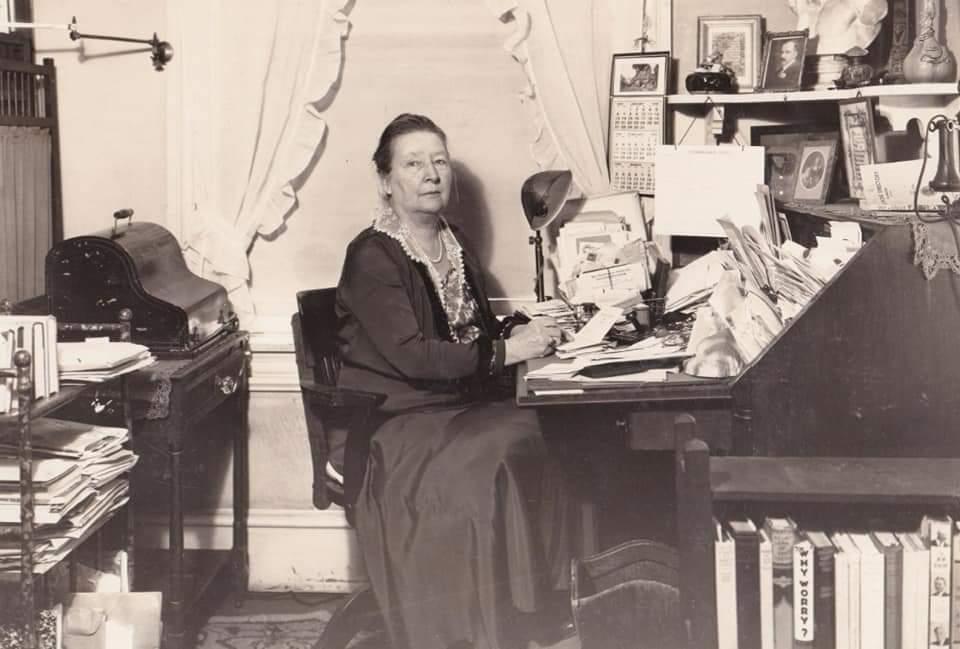 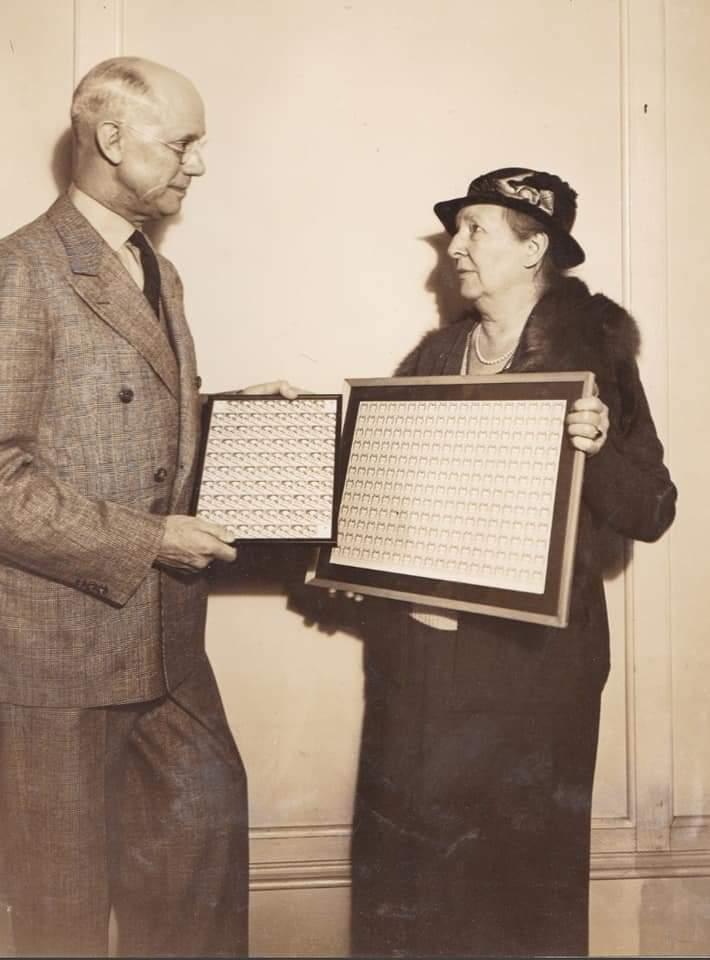 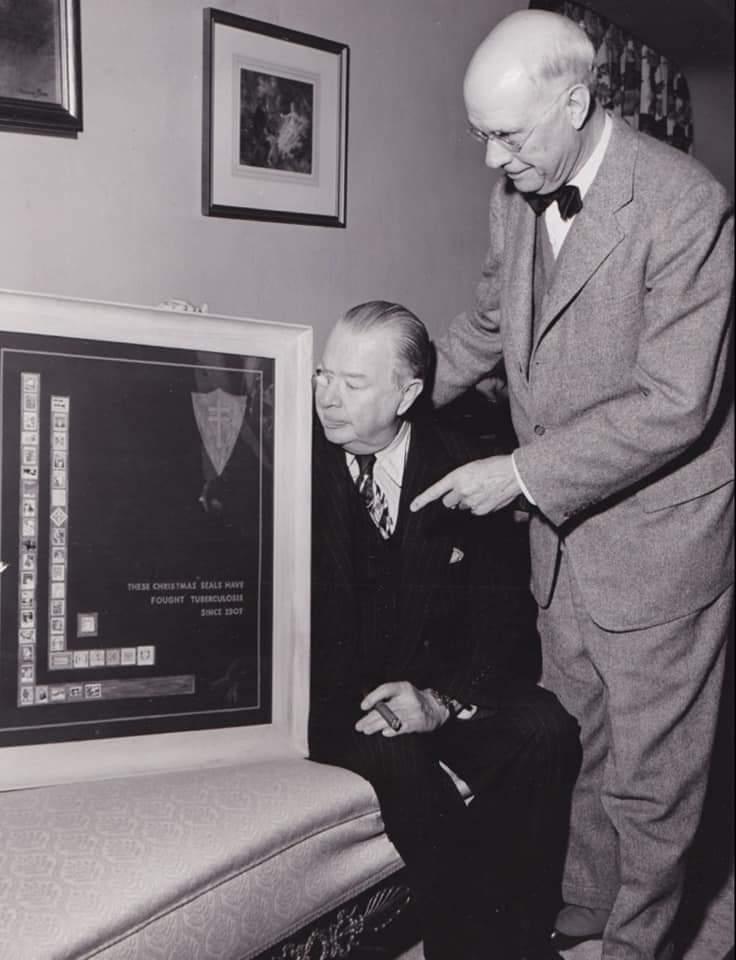 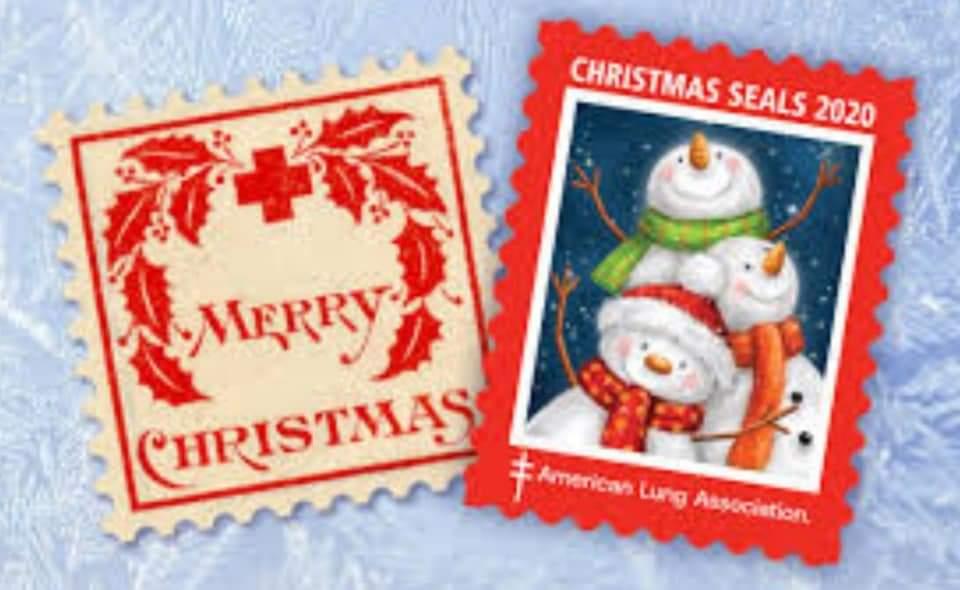 Leigh Mitchell Hodges (1876-1954) was a journalist for the Philadelphia North American (later known as the Philadelphia Inquirer), who wrote a column in the paper called "The Optimist". In addition, he was also a published author of several books, a poet and a hymnist.

Hodges is best known, however, for his collaboration with social worker and women's rights activist, Emily Bissell (1861-1948), to promote and sell special Christmastime stamps, known as Christmas Seals, in the effort to raise awareness and funds in the fight against tuberculosis.

Bissell developed the idea of issuing the first U.S. Christmas Seal in 1907 after reading an article about its origins in Denmark a few years prior, where tuberculosis was a growing health concern there and in other parts of Europe at the time, followed by fear of a potential outbreak in the U.S.

Later that same year, she successfully pitched her idea to local post offices in the Wilmington, Delaware area to sell these special stamps at 1-cent apiece, a price that she believed even low-income individuals could afford.

Bissel's concept got off to a rocky start, however, as Christmas Seal sales were low.

As an avid reader of "The Optimist", and seeing that Hodges himself was an optimist, Bissell had decided to reach out directly to him to help promote the stamps on a much larger scale with his newspaper.

Sure enough, by 1908 the following year, Bissell's Christmas Seals would rapidly gain national attention along with a huge surge in sales, thanks to the support of both the National Association for the Study and Prevention of Tuberculosis (NASPT) and the American Red Cross.

From that point on, Bissell would continue to devote the rest of her life promoting Christmas Seals in the fight to end tuberculosis until her death in 1948.

And while Bissell does deserve all the credit for developing the concept herself, it was Hodges' promotional efforts and publicity that helped save her Christmas Seal program from potential failure.

To this day, Christmas Seals are still being sold in post offices throughout the U.S. with proceeds now benefiting the American Lung Association.

As for the mug itself, which was manufactured by Manning & Bowman, I thought the inscription was quite interesting and was curious to learn what type of award this would have been for.

Seeing the words "50 Club" and "Thanksgiving" made me wonder if this was an award from a Thanksgiving Day turkey-shoot....(I mean, what other awards would they have been giving out on Thanksgiving????....LOL.)

I scoured all over the Internet for articles from Thanksgiving Day in 1910 pertaining to turkey-shoots (they were really popular back in those days since you couldn't just go to the grocery store to buy your turkey!). Unfortunately, I couldn't find any mention of Leigh Mitchell Hodges anywhere.

So, there's still a bit of a mystery with this piece, but based off of the inscription on this mug, I'm led to believe that perhaps Hodges was an avid outdoorsman and/or member of a gun club who competed in a small, lesser-known turkey-shoot (as it's not mentioned on the mug itself)....That's just my guess.