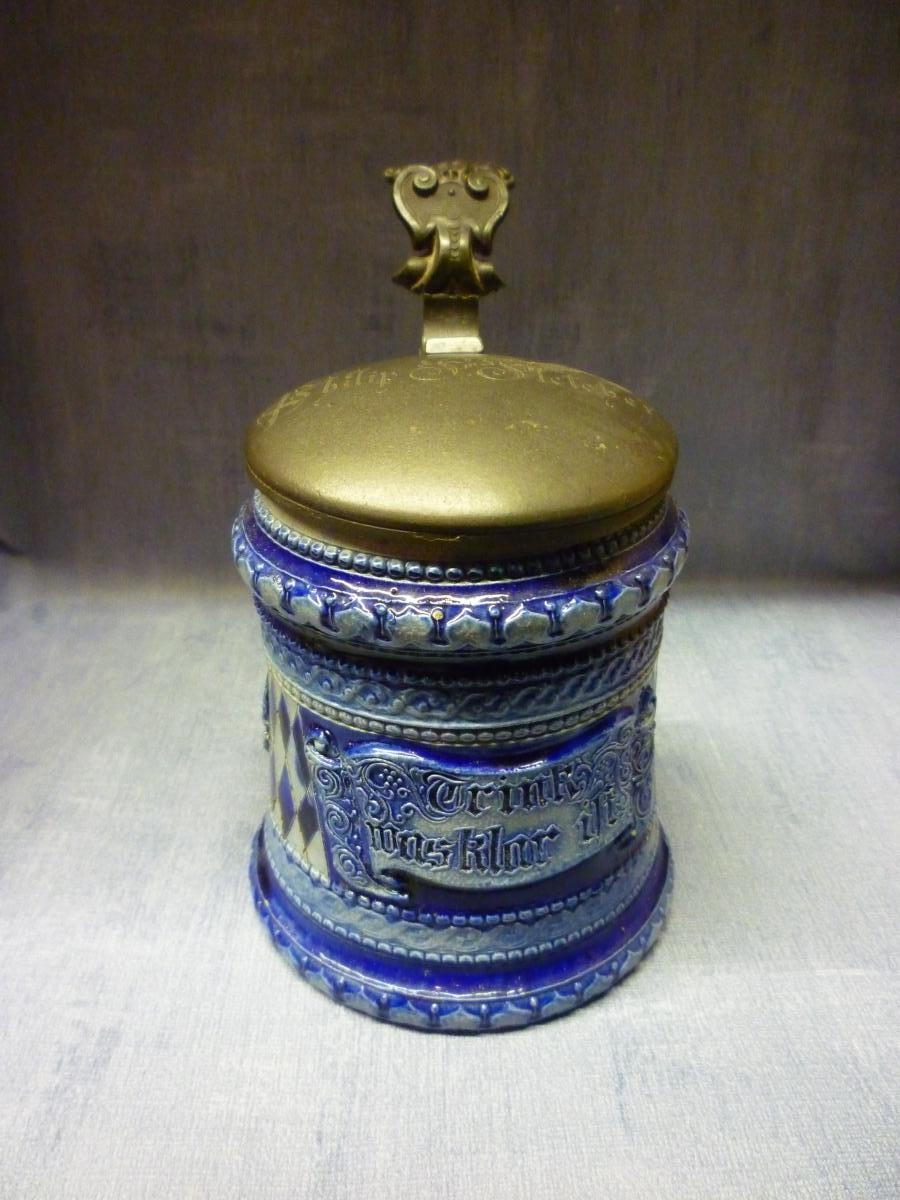 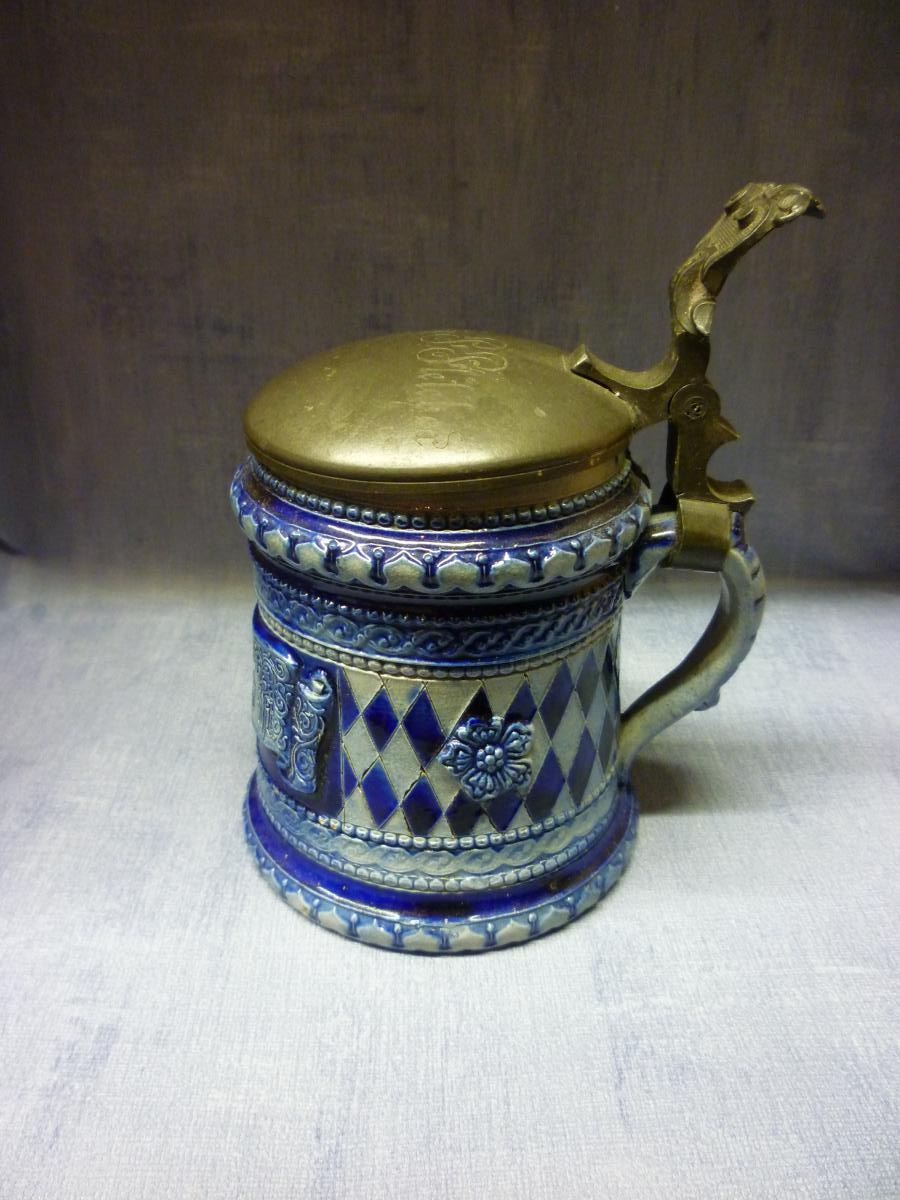 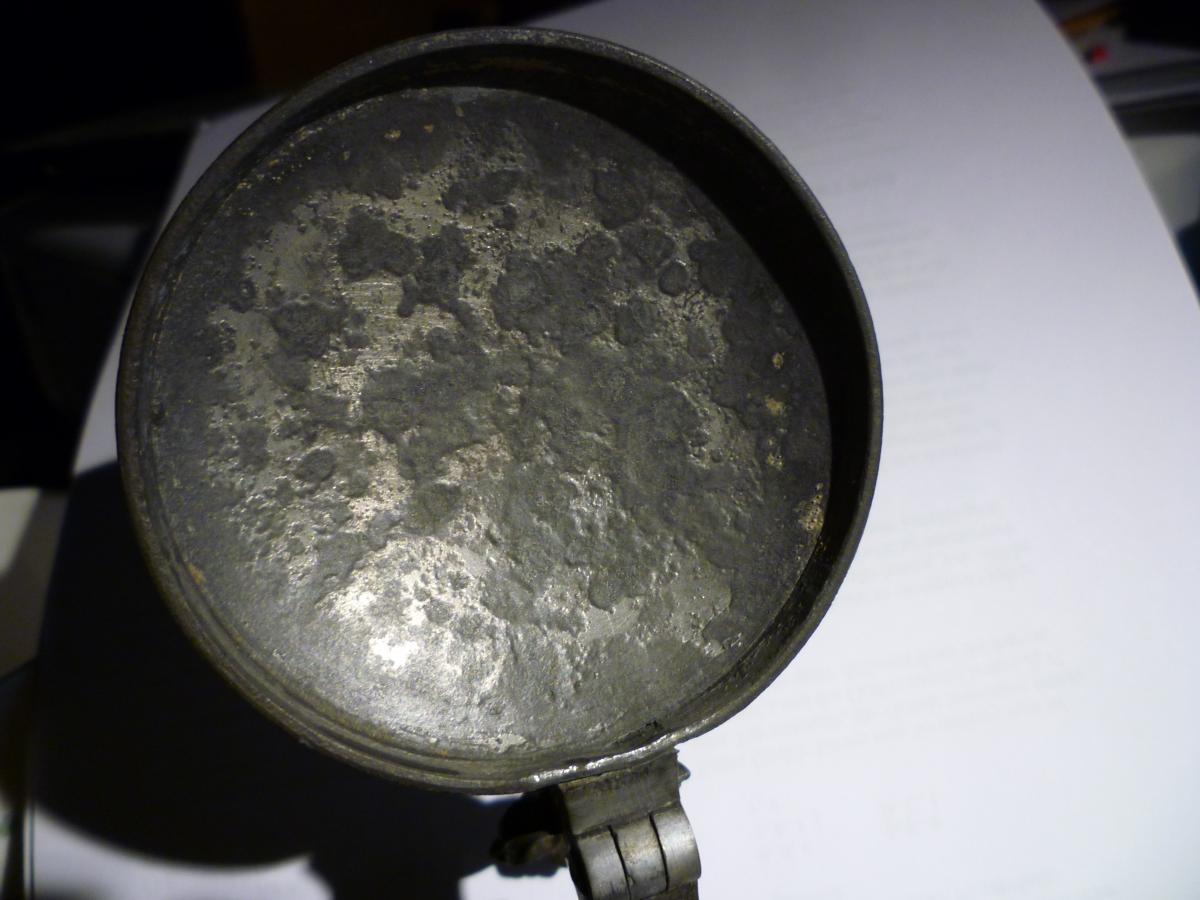 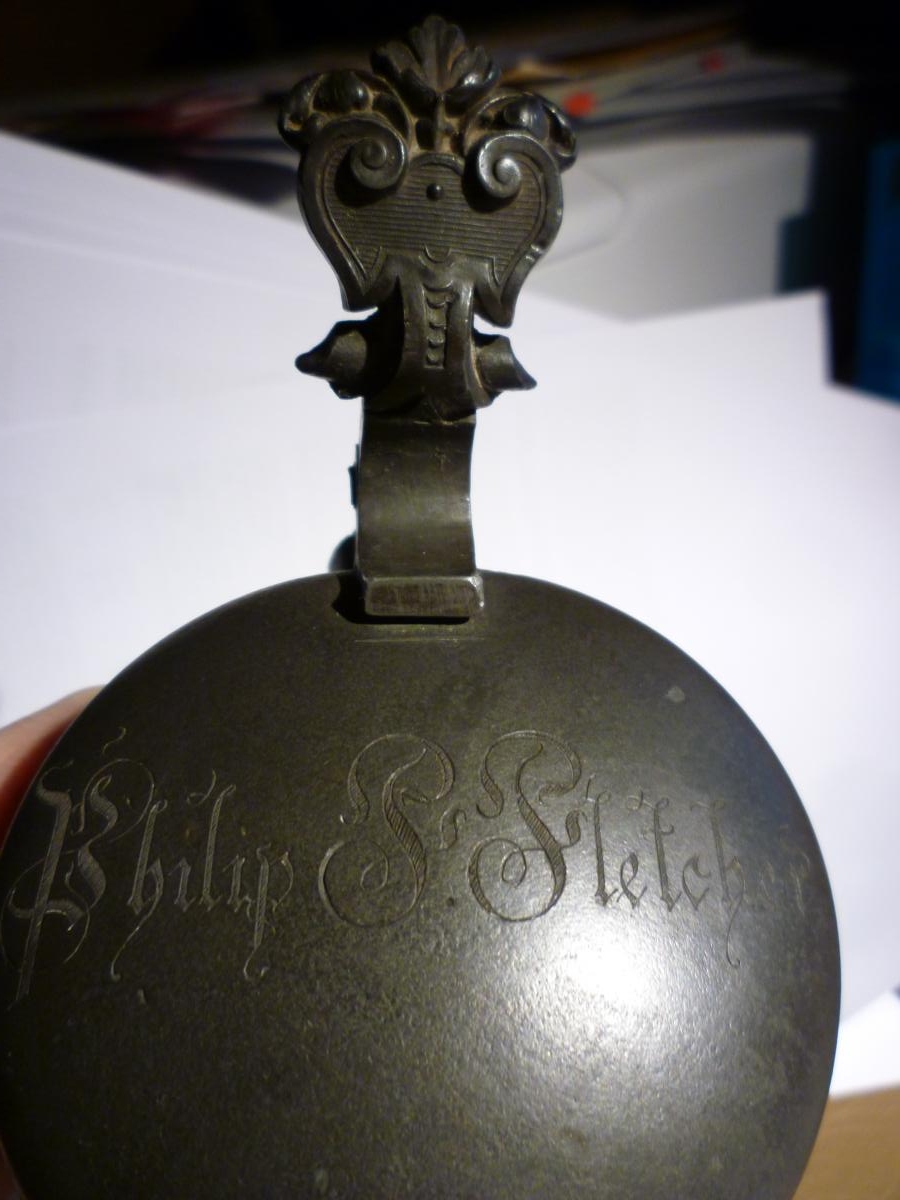 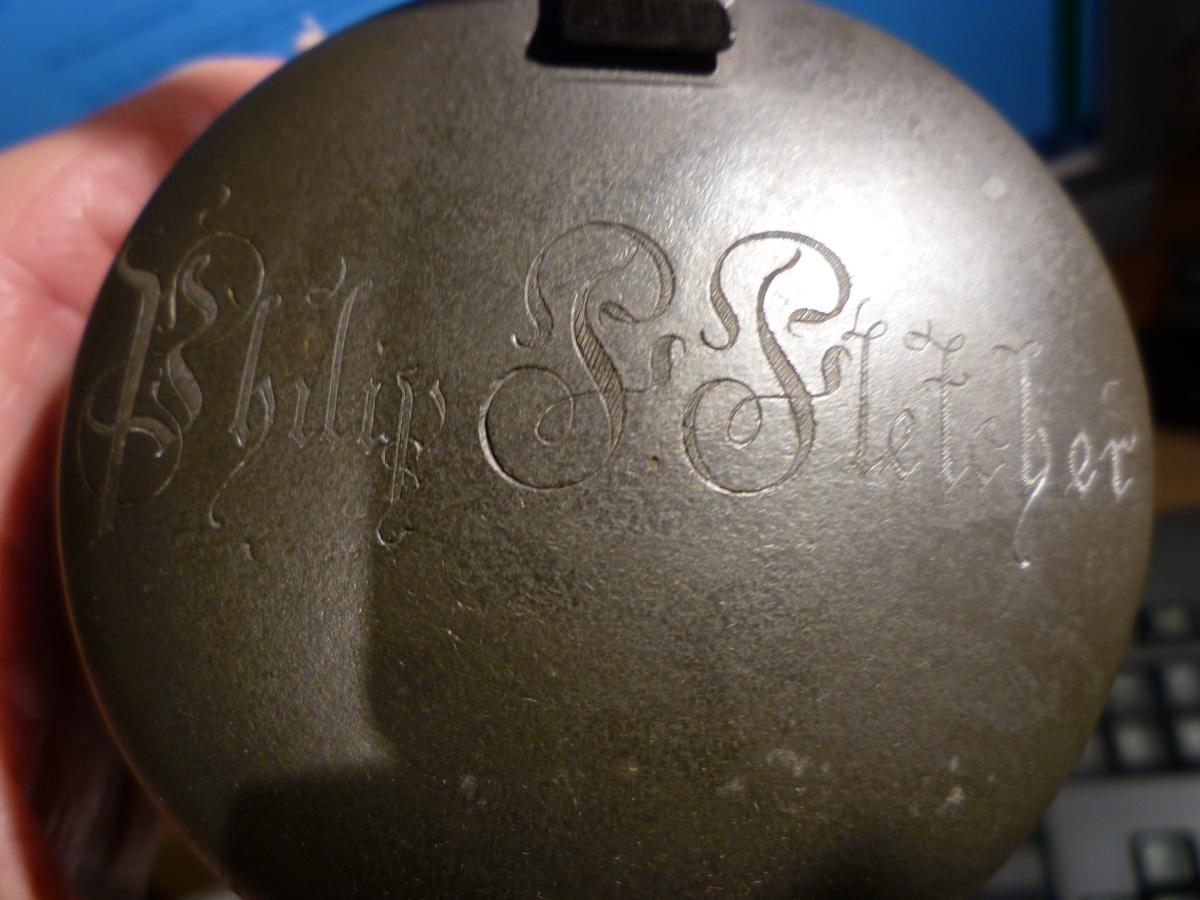 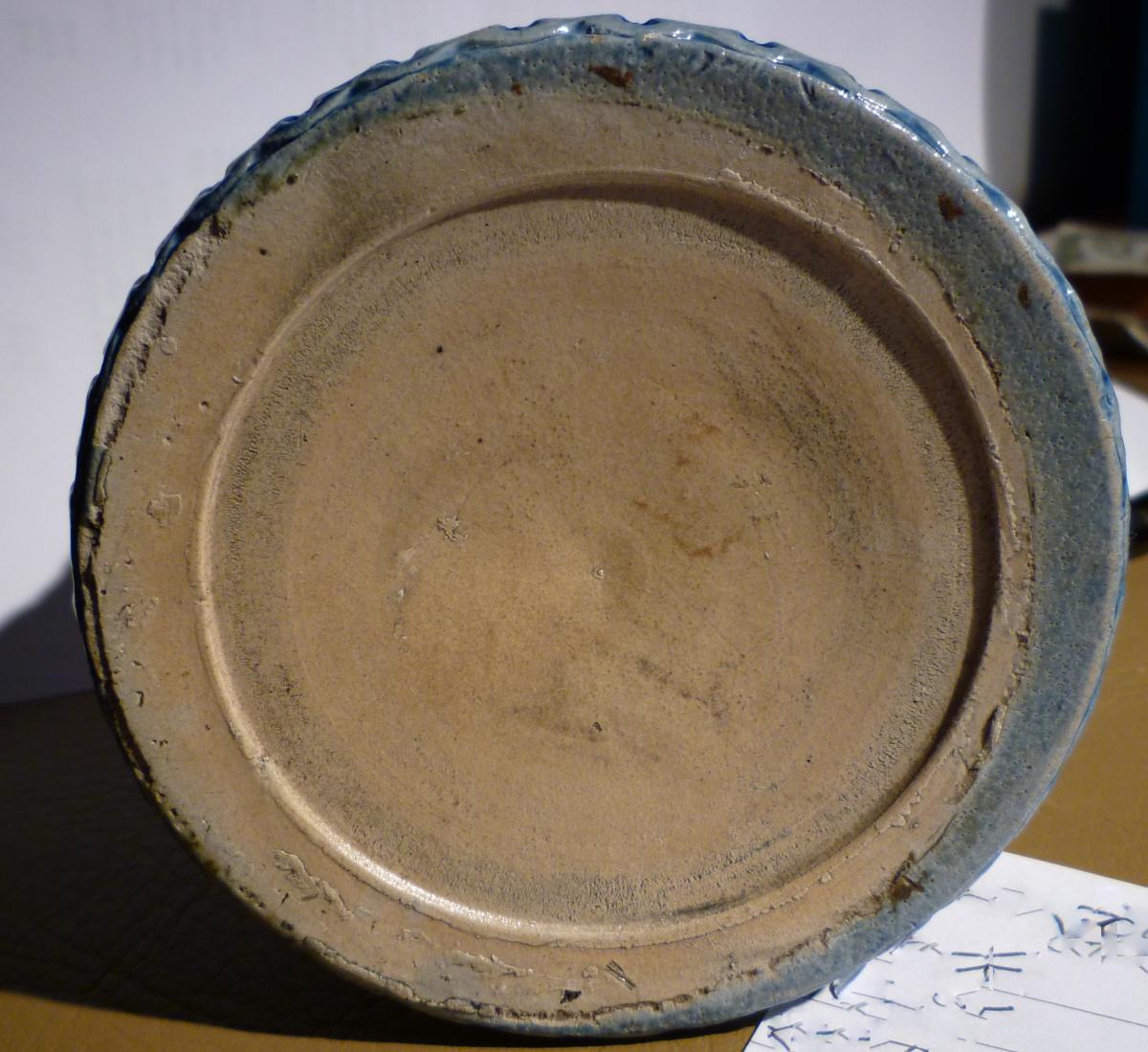 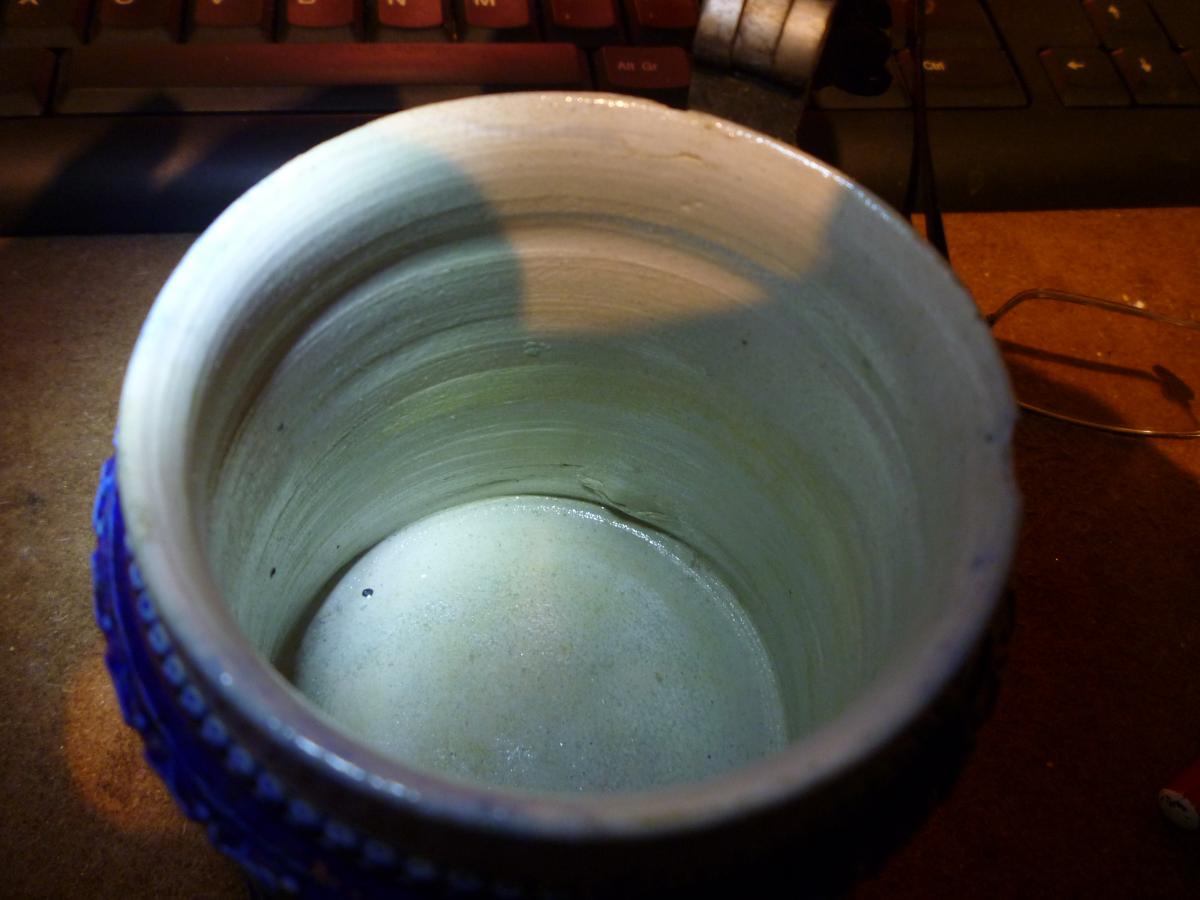 This 19th century Westwald stein has an outer body with a crisp embossed design and an inside made on a Friday afternoon or by a trainee potter, its also interesting that the maker fired the pot with a chip on the lip. The lid that carries the name Philip Fletcher seems to have been made from a low grade metal (see photo of inside of the lid). In English the legend would read " Drink what is clear".

Kommentar gegeben von Paul van Eck am 2020-12-27 (10:38 hrs)
A lovely stein with a nice non-German name inscribed into the lid.
Completely handmade, with applied relief and etched decorations. The blue 'squares' referring to Bavaria's coat of arms and flag.