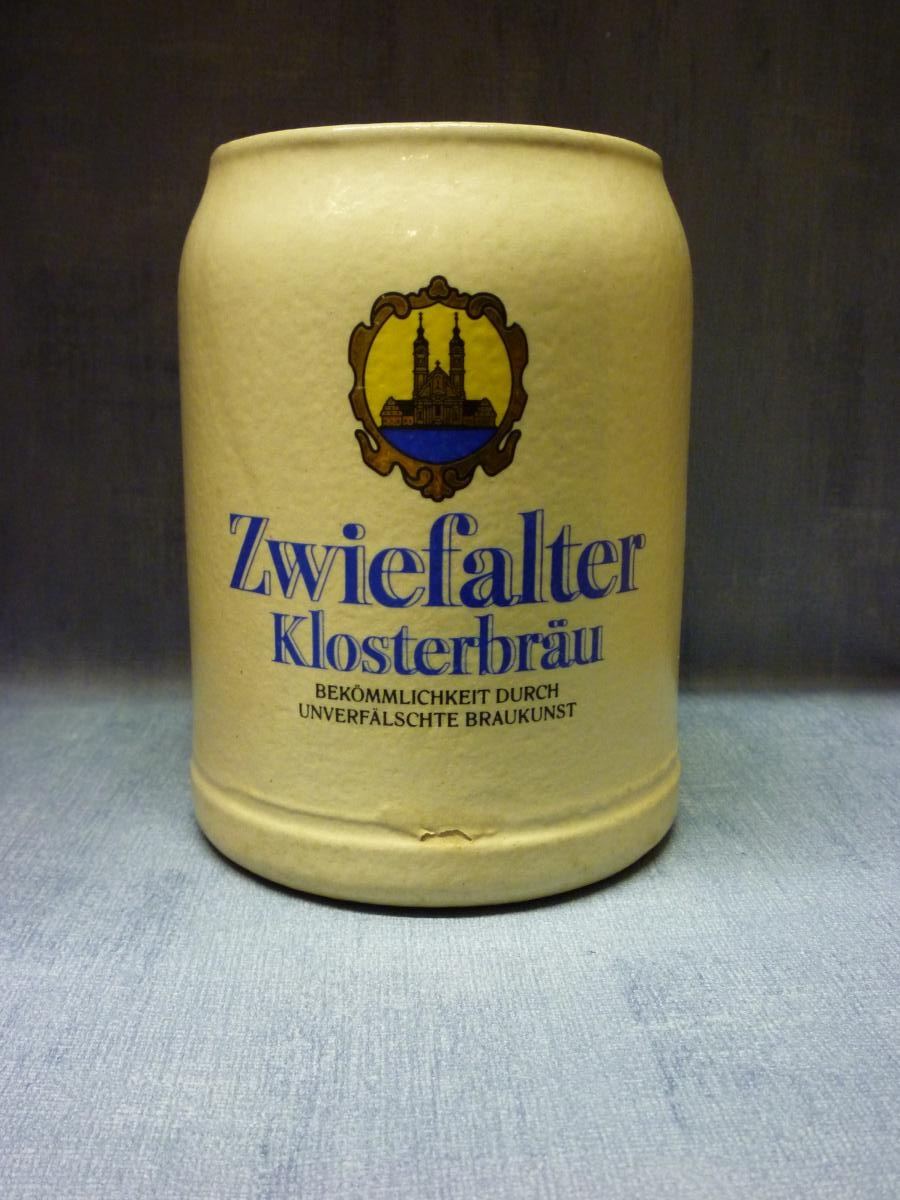 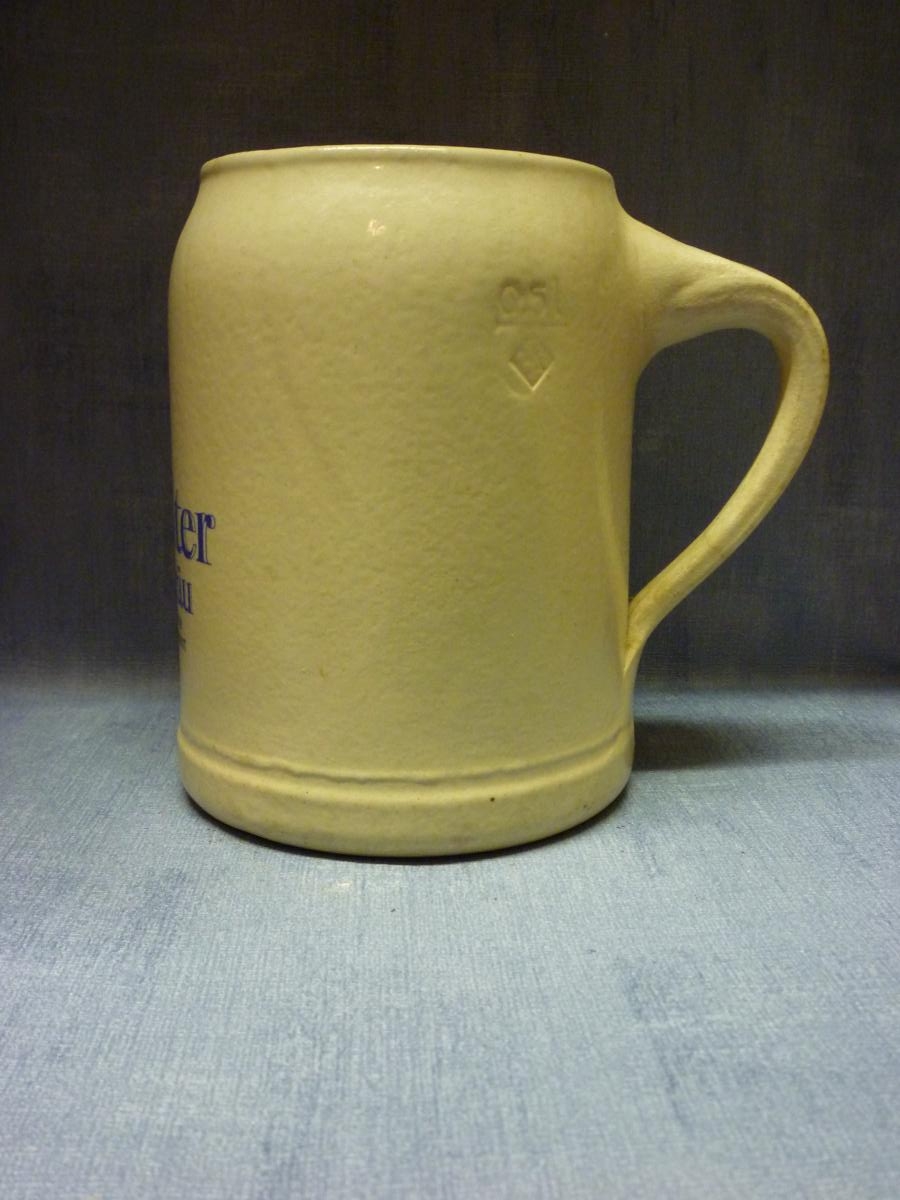 Krug from the Zwiefelter Klosterbrau .5lt. with a Franz Storber impression under. The Zwiefelter Benedictine Monastery was founded in 1089 and its brewery was first recorded in 1521. Its beer proved to be so popular that in 1724 a brewery was built outside the monastery (today it is the brewery's restaurant) . In 1802 the monastery was secularised and became lunatic asylum and then a psychiatric hospital as it still is today, the brewery passed into private hands and is still in production.